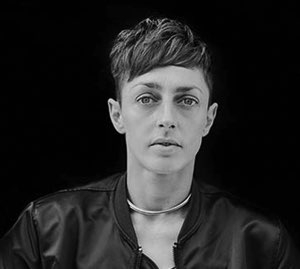 Simone Aughterlony
Simone Aughterlony (1977, Zurich and Berlin) is working predominantly in dance and performance contexts. She has been devising queer-spirited choreographic works over the last sixteen years. As a performer she has worked with artists such as Meg Stuart/Damaged Goods, Forced Entertainment and Jorge León, Phil Hayes amongst others. Engaging with alternative forms of kinship, inside her process new constellations emerge as possibilities for reconfiguring a culture of togetherness that foster both familiar and unknown quantities. Her works playfully compose with representation and its saturation, seeping into and embracing the phenomenology of mis-recognition and the absurd. Simone approaches the performance genre as a world building practice where she navigates the contradiction between the domination of desire alongside the agency of all elements. 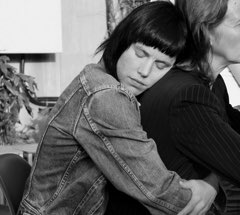 Malin Arnell
Malin Arnell (1970, Stockholm) is a visual and performance artist and Senior lecturer at Konstfack, University of Arts, Craft and Design in Stockholm, Sweden. Over a period of twenty five years Malin has been engaged in collaborative practices, through an embodied and affective now. Through her commitment to a queer feminist, posthumanist and agential-realist approach she has developed an in-depth practice of knowing-through-doing, which includes an extended ecological sensibility. It was in dialogue with these disciplines and fields that she developed the 72-hours live PhD thesis in Choreography, Avhandling / Av_handling (Dissertation / Through_action) (2016), at Stockholm University of the Arts. 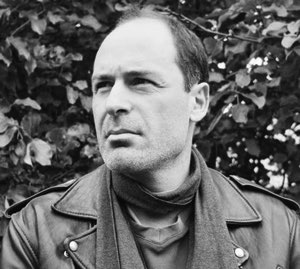 Emmanuel Ferrand
Emmanuel Ferrand (b 1969, Orléans, France): Maître de conférences, Sorbonne Université (Paris, France). After completing a degree in engineering (1993), was trained in mathematics (topology, geometry, dynamical systems), Over last 15 years, he has collaborated with a number of artists at the crossroads of arts and science, with a strong fondness for biology and DIY fermentology. He is a member of Ecopolien, an interdisciplinary research group in political ecology, and La Générale, an independent art space in Paris. 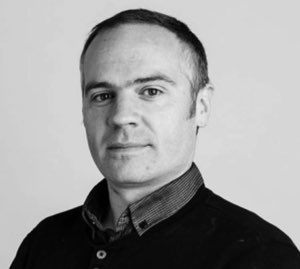 Gavin Mendel-Gleason
Gavin Mendel-Gleason: Born in California, Gavin holds a PhD in computer science from Dublin City University. He is an expert in databases and structuring data and currently works as CTO of Data Chemist a specialist consultancy which transform the messy, inconsistent data sets of the real world into clean, structured and integrated data. Gavin is also politically active, serving as the Workers’ Party of Ireland representative in Dublin North West. He will discuss how data and politics coincide in our understanding of climate change. 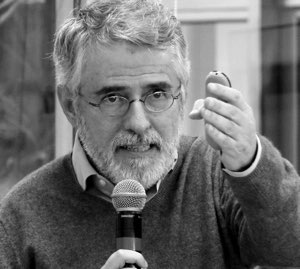 Luiz Cesar Marques Filho
Luiz Cesar Marques Filho: studied Social Sciences from the State University of Campinas / FESPSP (1977), received a Diplôme d’Études Approfondies (DEA) in Sociology of Art - Ecole des Hautes Etudes en Sciences Sociales, Paris (1979) and Doctorate in History of Art - EHESS (1983). He was the Chief Curator of the Museum of Art of São Paulo - MASP (1995-1997). Dr. Marques lectures on Environmental Collapse and Capitalism, and on the North South divide with regard to COP and other global climate accords. 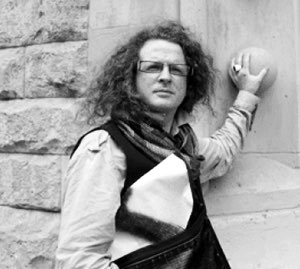 Baruch Gottlieb
Baruch Gottlieb: Trained as a filmmaker, has worked in contemporary dance, theater, radio, television and performance. Currently, besides his professional work in digital media production, curation, writing and university, he specialises in participative events, schools, festivals, symposia, workshops, facilitation and organisation. He collaborates in Telekommunisten and Dinsnovation.org art collectives and is author of Digital Materialism (Emerald 2018) and A Political Economy of the Smallest Things (Atropos 2014). Baruch Gottlieb is curator at West Den Haag and is convenor of the School of ’21.