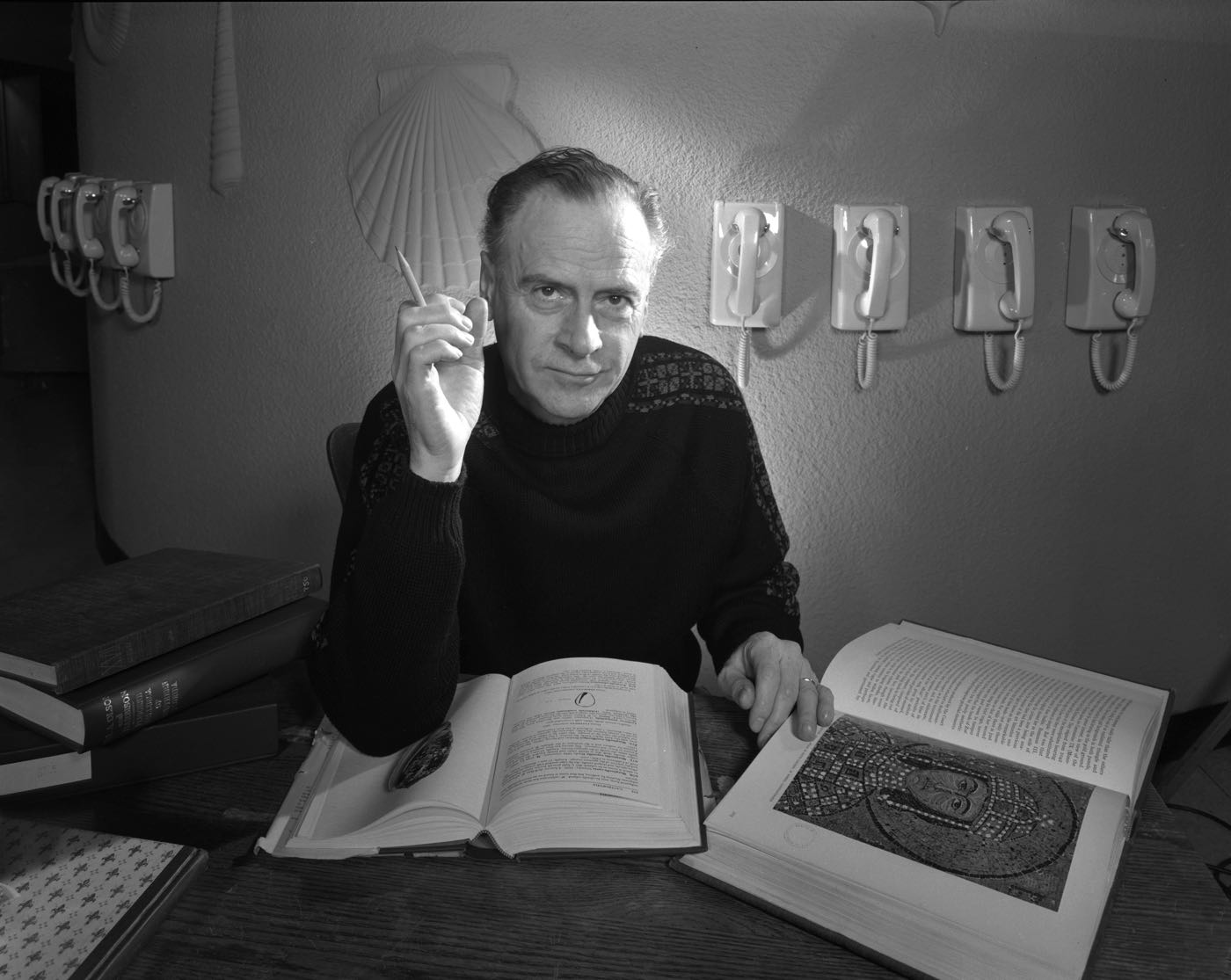 Exploding out of the wreckage of World War II the early cyberneticists Norbert Wiener and Claude Shannon, sketched out a future where even thinking could be automated. In the electronic information of global instantaneous mass-communication of the satellite and TV age Marshall McLuhan saw the end of the rational tradition of enlightenment Humanism, and the emergence of a ‘Global Village’ and ‘Global Theatre’ where people would be caught up in their interconnectivity and develop new social art forms.

The pace of technological transformation, automation and globalization has resulted in massive human migration, precaritization, displacement and new transitional modes of existence. The Internet, built to maintain command and control of the US military in an extreme emergency has become a commercialized infrastructure where unprecedented new forms of communication and exchange are emerging. Publics are formed and dissolved algorithmically according to need, no longer at the level of opinion or knowledge, but according to advanced social cybernetics of politics and the advertising economy. The medium is the message.

Feedback is the second in a series of projects (first was Without Firm Ground, Flusser and the Arts, March 2006), which explore the potential for a synthesis of philosophy and theory in works of arts to fathom and understand the accelerating pace of social transformation brought on by technological and scientific progress. The exhibition will feature fourteen provocative and invigorating propositions from drawing to sound sculpture, from online performance actions to obsessive hardware hackery, which grapple with the substance of the information machine we live in.

Installed across two locations visitors will discover the series of Dew-line newsletter and Explorations journals, archive materials, video documentation of McLuhan and works by young artists from all over the world.

Marshall McLuhan (CA, 1911 – 1980) had already noted in the 1960s that the speed and pervasiveness of electronic communication was superseding the rational and reflective abilities of literacy. The technologies that brought us here are built through rational disinterested scientific method, but generate an immersive environment where we lose grasp of private identity and long for a pre-literate togetherness in a ‘Global Village’. His ‘Global Village’ came to exemplify the uncritical Summer of Love communality of the Hippies, but it was a misappropriation and misunderstanding of McLuhan’s meaning. For McLuhan the ‘Global Village’ was a place of violent terror, where there was constant surveillance and where privacy was ‘merely ignored’, as he frankly describes in a famous interview with Canadian talk show host Mike McManus.
McLuhan rose to prominence as perhaps the most famous cultural critic of his age with an analysis that directly engaged with the transformations emerging with the introduction of electronic technologies. His involvement was gestural, reason alone would not suffice to grapple with the contemporary conditions, there was a techno-cultural revolution afoot, which was completely disrupting how human beings had perceived the world for hundreds of years.

Peter Blegvad (UK, 1951) is a cartoonist (and a musician) who navigates the transitions between three modes of experience: ‘Imagined, Observed, Remembered’. Our imaginations are based on our experience, and even though we see the same things every day, the actual experience is always an anomaly. Blegvad’s drawings depict before during and after experiencing them.

Harun Farocki (DE, 1944-2014) was a German filmmaker, author, and lecturer in film who made over 90 films. Farocki grasped the power of linear filmmaking to confront us with the intractable complexities of contemporary experience, simultaneously at war and at peace, simultaneously promethean and self-destructive.

Darsha Hewitt (CA,1982) is a hardware hacker, and artistic automaton specialist. Hewitt presents a pathetic techno-scape of intermittently squealing baby-phones. Turning the technology around so that the instrument itself whimpers for attention, Hewitt’s pitiful puppets produce a space to consider the intrusion of surveillance systems into our everyday life.

Mogens Jacobsen (DK, 1959) is a Danish pioneer in net-art, he has left the computer-screen and the computer as his primary form and today mostly works with artifacts, objects and installations. His works often appear as critical satirical devices with references to technological instruments or equipment from laboratories.

Willy Lemaitre (CA, 1966) is one of Canada’s experts in 3-D video. The work he will present in this exhibition is about feeding back difference or human persistence and inconsistent space. Human forms pose and gesture in response to features in their immediate environment. The circuit is activated; both individual and environment are mutually affected.

!mediengruppe Bitnik (DE) have been making artworks from the inside of the infrastructures that run our world for years. The famous random darknet shopper, innocently shops around in the darknet, a realm generated by the affordances of digital networked computation. The purchases brought back into the world of ‘old-fashioned’ laws of social and civil compromise, create conflicts and controversy.

MRZB (IT) is a collective of young Italian artists (Andrea Parenti, Désirée De Monte, Filippo Tocchi, Giorgio Tidoni and Pietro Cortona) who open up the emptiness behind the digital communication surfaces. They reach into casual Net culture, messageboards, forums and shopping sites as a performing poly-persona. They elaborate how to build an identity online.

Christof Migone (CA 1964) has been making sound art for more than two decades, often at odds with the technology, smashing and abusing microphones is one of his claims to fame. In his conceptual Record Release project, he distributes blank records or little nuggets of black vinyl as a cultural message. The medium is the message, the industry of record production, petrochemicals, plastics, they are the real content of every record release.

Reynold Reynolds (US, 1966) is an artist influenced early on by philosophy and science, and working primarily with 16mm as an art medium, he has developed a film grammar based on transformation, consumption and decay. In Feedback he will give a workshop on Stop Motion Film making and present an homage to analogue television with a meditation on the disappearing phenomena of electronic ‘static’.

Thomas Bégin (CA, 1979) combines the goals of scientist and will present a feedback system in delicate balance. The capacity of live electronics to produce explosive outcomes when signal is fed back into itself has been an endless fascination since the technologies first emerged. This unstable installation generates an ephemeral transforming sound composition where signals course around between the elements.

Wolfgang Spahn’s (DE, 1970) work includes interactive installations, miniature-slide-paintings and performances of light & sound. His art explores the field of analogue and digital media and focuses on both their contradiction and their correlation. In Feedback he uses remote controlled cameras positioned close to the surface of a monitor. The electronic signals flow between the two devices and produce an image, which shows, if you look close enough, that the hardware is not digital, it is material just like you and I.

Hito Steyerl (DE, 1966) is a visual artist, writer, and innovator of the essay documentary. Her principal topics of interest are media, technology, and the global circulation of images. Did domestic appliances, such as fridges and washing machines really liberate us as we were promised they would? Which is to blame, the medium or the message? With the work Strike! Steyerl takes aim at the medium itself.

The project Feedback #1, Marschall Mcluhan and the Arts in The Hague is the first station of the exhibition symposia and workshops touring program, which will include programs in Berlin (2018), Paris (2018), Toronto (2019)