In the project Surveillance Lotte Geeven & Yeb Wiersma have been blurring the boundaries between live and act, looking closely how and if their measure made gestures could seamlessly unfold within the domain of every day life. Through a series of encounters, gestures and radical disruptions they constructed situations, transactions and transformations of thoughts leaving temporary traces of new rituals for autonomy in public space. These acts where built on a rule-based structure rather that on a fixed script directing day by day from A to Z. Here reality was allowed to be choreographed without conflicting with the nature of its actors; within this court a vital complexity could be addressed. Reality is obstinate and ambiguous; the script of 'Surveillance' relates to this. In this last and seventh act 'The restless eye' a young man was looking down on The Hague from a 266m2 screen on Highrise 'Het Strijkijzer'. While gently spinning a ball on his finger at night he was surveilling the city. 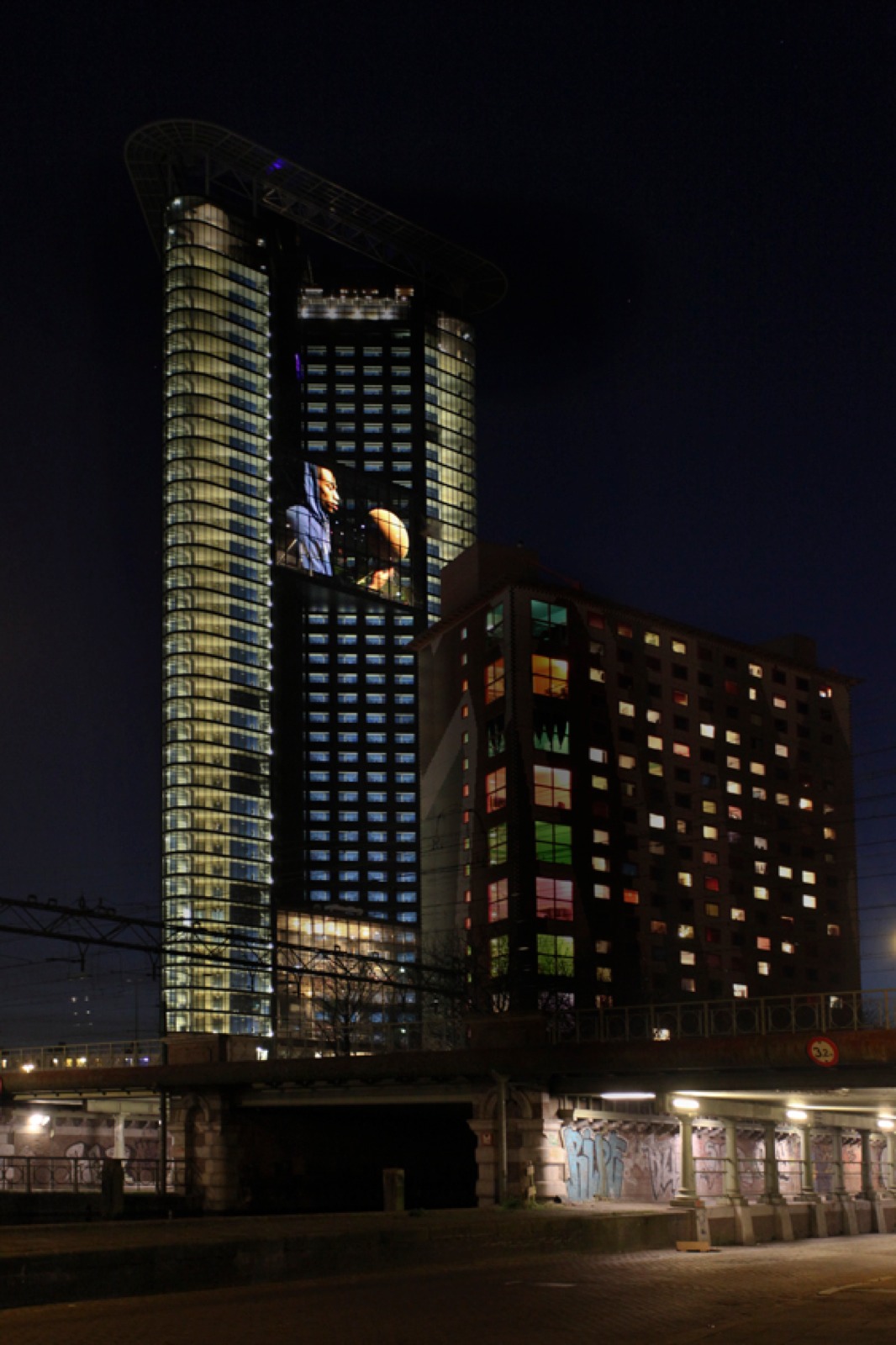 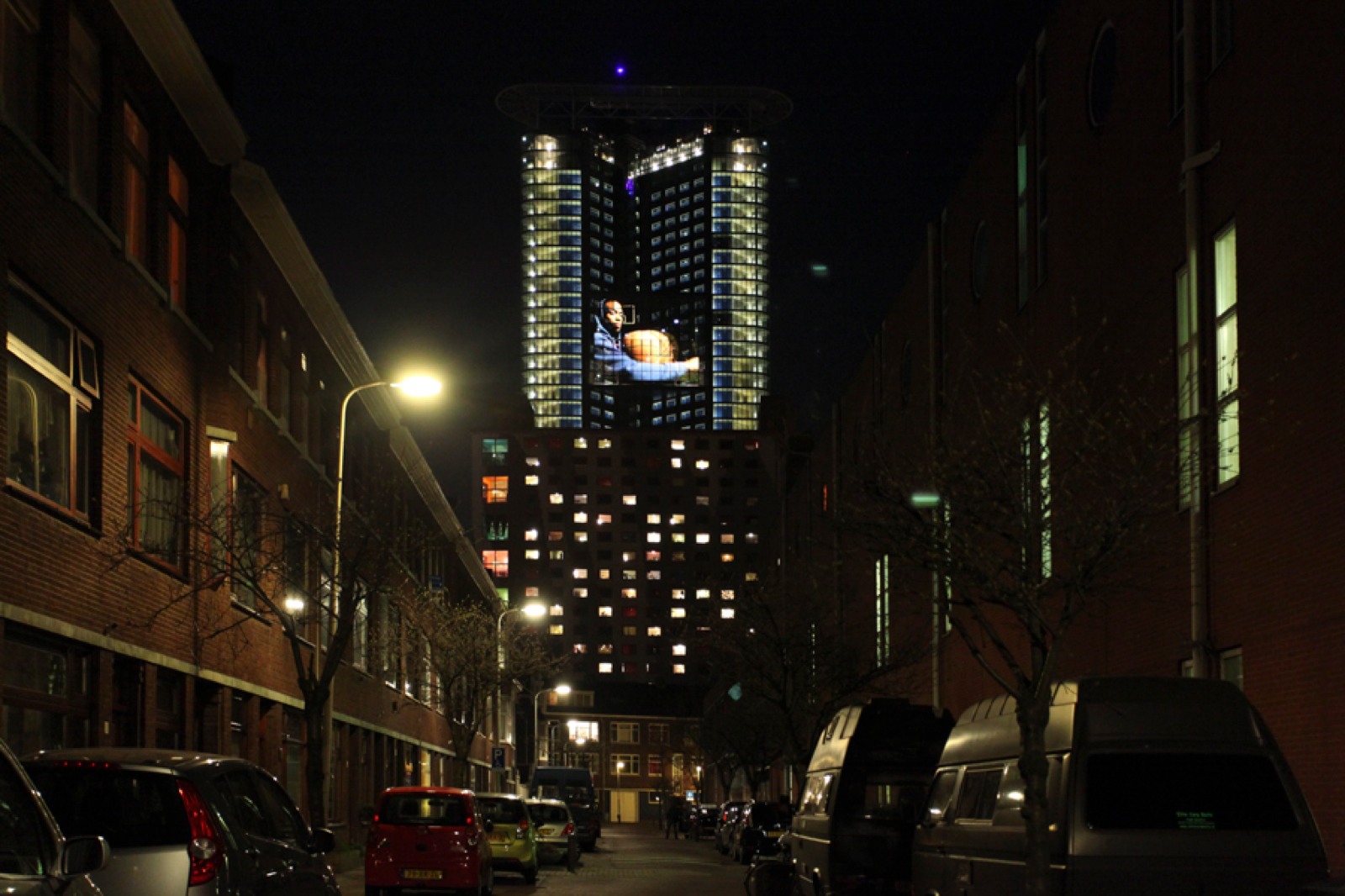