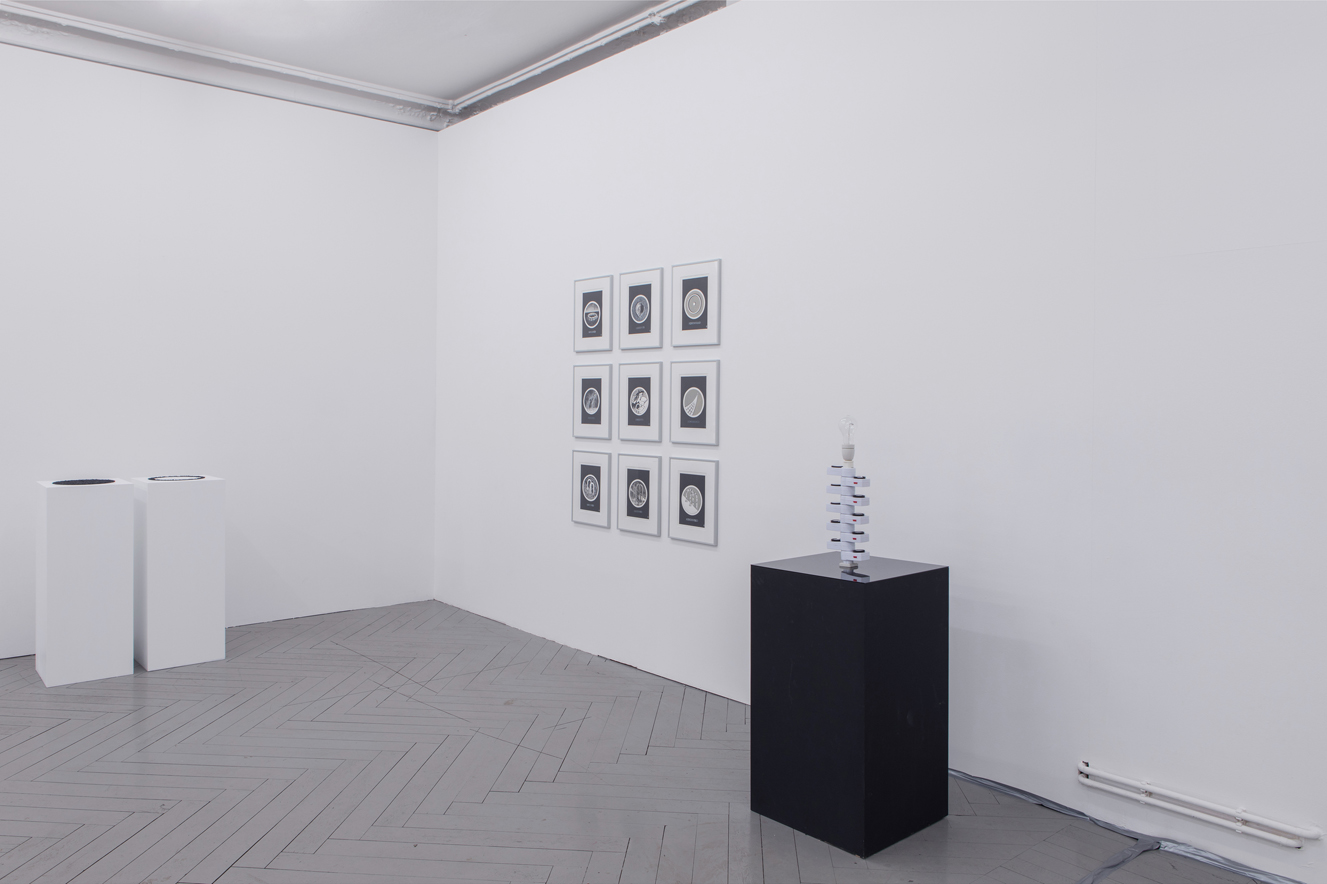 Peter Blegvad (UK, 1951) is a cartoonist (and a musician) who navigates the transitions between three modes of experience: ‘Imagined, Observed, Remembered’. Our imaginations are based on our experience, and even though we see the same things every day, the actual experience is always an anomaly. Blegvad’s drawings depict before during and after experiencing them.

Mogens Jacobsen (DK, 1959) is a Danish pioneer in net-art, he has left the computer-screen and the computer as his primary form and today mostly works with artifacts, objects and installations. His works often appear as critical satirical devices with references to technological instruments or equipment from laboratories.

Christof Migone (CA 1964) has been making sound art for more than two decades, often at odds with the technology, smashing and abusing microphones is one of his claims to fame. In his conceptual Record Release project, he distributes blank records or little nuggets of black vinyl as a cultural message. The medium is the message, the industry of record production, petrochemicals, plastics, they are the real content of every record release.