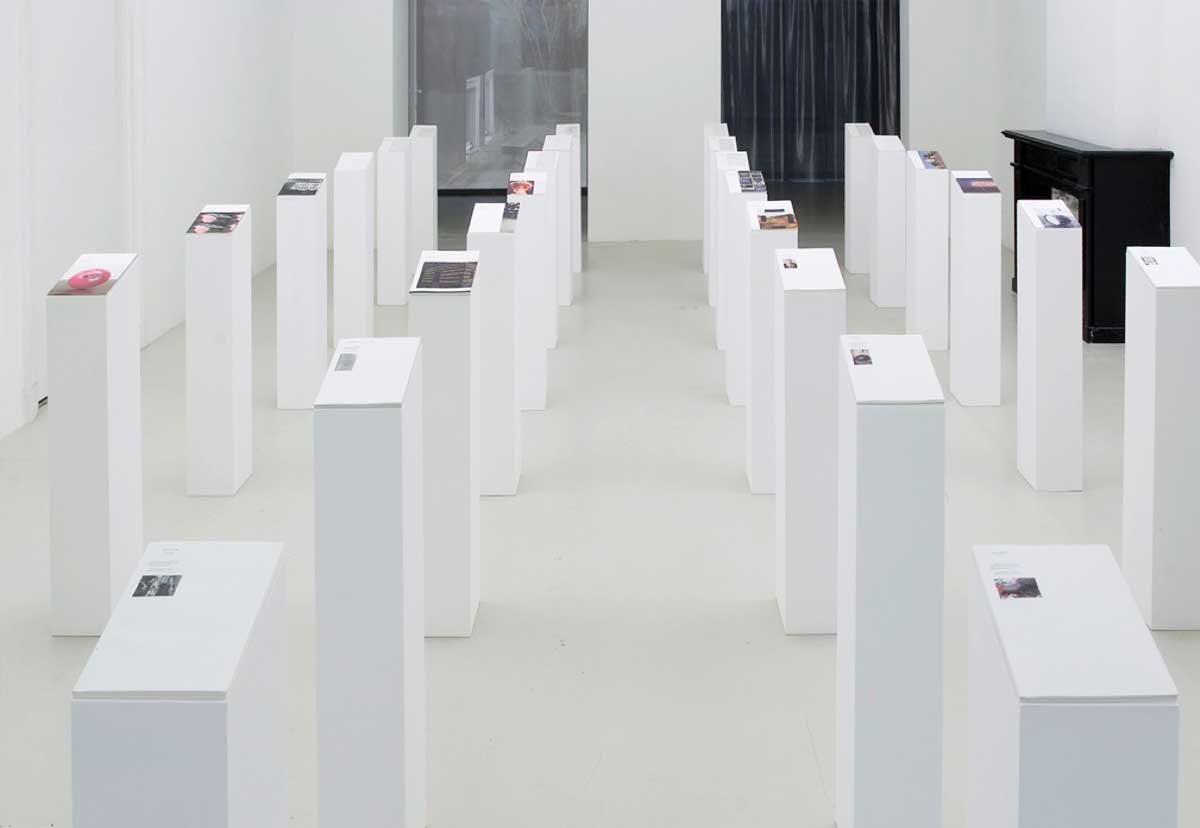 GAGARIN the Artists in their Own Words II
Gagarin, Slominski & Beuys

Location
West, Groenewegje 136, 2515 LR Den Haag
GARARIN the Artists in their Own Words is a six-monthly artist’s periodical, entirely dedicated to the publication of especially written and unpublished texts by artists who are now working, anywhere in the world. GAGARIN was founded by Wilfried Huet in the millennium year 2000 and documents the first decade(s) of this century in artists’ writings. The periodical aims to bundle texts that are artistic and situated in the context of the work of the artist. GAGARIN has published specially written contributions by more than 280 artists from 64 countries and in 47 languages (with an English translation) and is the only periodical in the world granting the floor exclusively to artists. The following artists, as well as many others, have published in GAGARIN: Giuseppe Penone, Willem Oorebeek, Bernd Lohaus, Mark Manders, Frédéric Bruly Bouabré, Jimmie Durham, Joseph Grigely, Matt Mullican, Qiu Zhijie, Richard Serra, Ugo Rondinone, Apichatpong Weerasethakul, Philippe Parreno, Runa Islam, Paul Chan, Alicja Kwade, Roman Signer, Javier Téllez, Ahmet Ögüt, Mario Garcia Torres, Latifa Echakhch, Hiwa K, Ai Wei Wei, Amalia Pica, Diego Tonus, Olafur Eliasson, Camille Henrot, Eric Baudelaire. The final issue of GAGARIN (#33) will be published in December 2016. From early 2017, the complete series will be collected in a numbered and signed box, which will be further distributed on a first-come-first-served basis.

(Grün) Die Geige, Die Geige by Andreas Slominski forms part of a three-part series. The booklets were published in 1986 in pocket format. This edition is a dissertation in which varying concepts form centre stage. From Schorsteinfeger to Panamakanal, punctuated by subjects such as Negerlippen, Bohrinsel and Gipfel. Each concept reoccurs in a short, associative sketch and, just as in his visual art works, everyday subjects become part of the installations. Thus he puts the observer to work and provokes his audience.

Der Erweiterte Kunstbegriff is an important theory of Joseph Beuys. In this theory, he assumes that each person has the potential to use art as a methodology for an action. Or, as he says: 'being creative instead of being productive, and in doing so to reach the essence of human existence'. In his practice, he has consistently applied this view. This made it possible for him to combine a wide scale of activities (as for instance a politician, sculptor and pop star) with his oeuvre and artistry in a logical way. Projekt Westmensch shows the cross-fertilization of artistic, scientific and social considerations and forms the philosophy which would later lead to the ‘Erweiterten Kunstbegriff.’ These four books consist of more than one thousand pages and provide an insight into his creative process over a period of seven years.

During the Artists in their Own Words II, in the three different rooms of West, we will allow three artists to give their opinion: Wilfried Huet, Andreas Slominski and Joseph Beuys. An exhibition of books, linked with a presentation in Huis Huguetan and a lecture during Art Rotterdam.