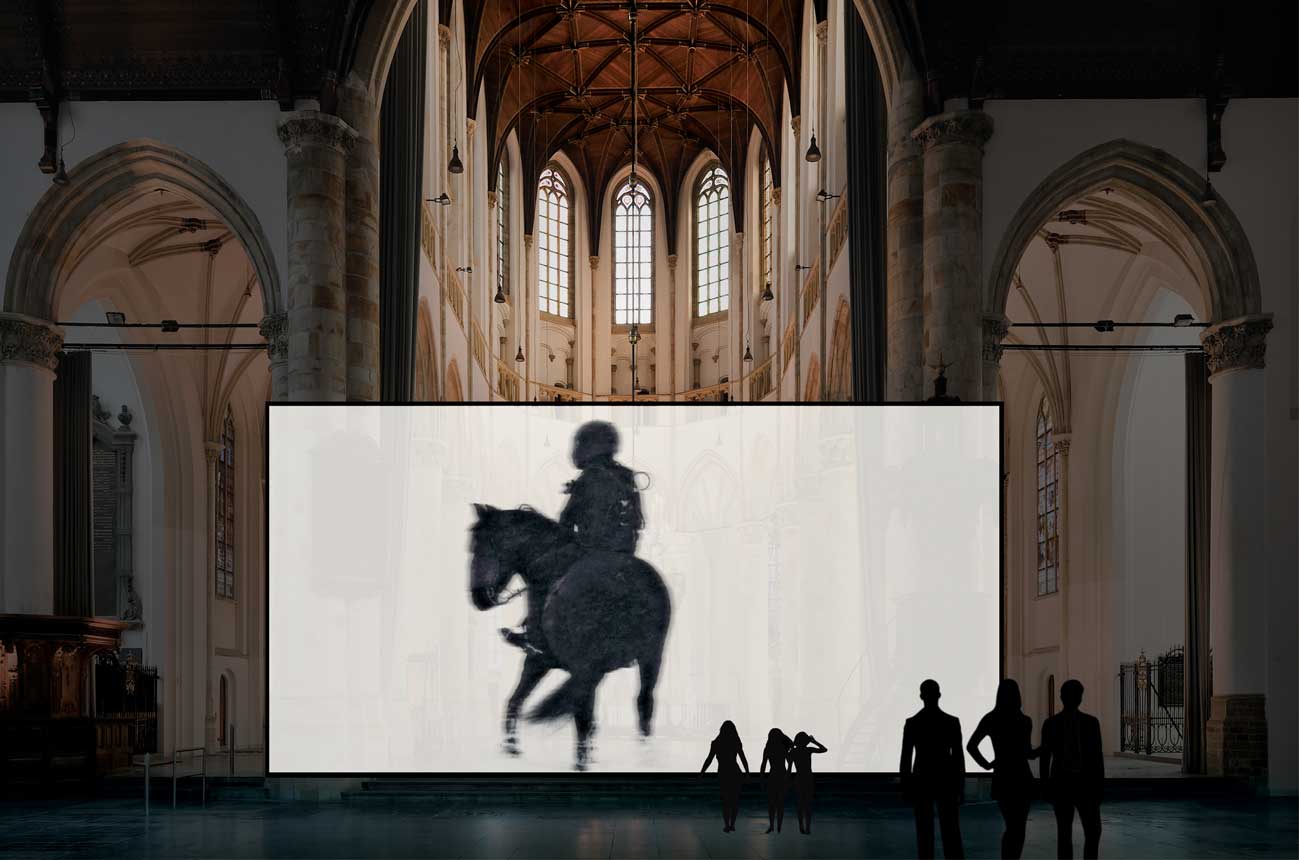 'Without a doubt, the human being is the only creature that knows when he is going to die.’

The awareness that our days are numbered and that the passage of time is inevitable, is the core element of Volkspaleis (People’s Palace) 2015. The Dutch premiere of the monumental filmproject 'Lost in Time' by Canadian artist Patrick Bernatchez will form central stage. Volkspaleis 2015 will take place in the oldest building in the city, the Grote Kerk (Main Church) of The Hague.

Symposium 100 years from now
'100 years from now' is a one-day symposium (12 am - 9 pm) that examines our turbulent relationship with time with a focus on cultural production. It is easier to comprehend time by looking backwards, rather than forward, to gauge how we have changed individually and collectively. 100 years from now... gathers artists, curators, critics, writers, musicians, and philosophers to share their thoughts and vision of the future. In this moment in time we will address the question: where will cultural production and art be 100 years from now? Speakers include: Dr. Michelle Bastian, Manuel Beltrán, Patrick Bernatchez, Annie Fletcher, Lotte Geeven, Dr. Vincent Icke, Dr. Sandra Kemp, Arno van Roosmalen, Brigitte van der Sande, Sam Steverlynck, Lynne van Rhijn, Christiaan Weijts and many more.

Film installation: 'Lost in Time'
From 10 p.m., the monumental film installation 'Lost in Time' by Patrick Bernatchez will be presented. As a contemporary artist, Bernatchez works intuitively and with various media, due to which a large project can come about in a seemingly casual way. His signature is influenced and strengthened, consciously or unconsciously, due to his cooperation with composers, filmmakers, photographers and a watchmaker. In 2012, West showed one of the basic works of the 'Lost in Time' project: a special watch, made by watchmaker Roman Winiger, of which the needle goes around one time in 1000 years. In this fascinating film project in the Grote Kerk, we observe a rider and a horse, both wearing a full-face helmet, wandering through a snowstorm. In an Arctic environment, the snowflakes are whirling upwards and the rider on the horse seems out of control. Due to visual repetitions, the mirroring of images and the strong symbolic, you are submerged in a strange, cold world. At the same time, we see a man-sized block of ice, slowly melting in a scientific laboratory. We hear the voice of French philosopher and neurobiologist Henri Laborit talking about decline, fear, escaping and death and during the final scene we watch an animal appearing as a creature from another time. The images are slow and hallucinating, and the enchanting music enhances the effect. Especially created for 'Lost in Time', the renowned Mexican electronica artist Murcof, has made a soundtrack in collaboration with the boys’ choir Les petits chanteurs du Mont-Royal, inspired by J.S. Bach’s 'Goldberg Variations'.
The passage of time, death as well as the process of decline and renewal, are recurring themes in Bernatchez’ work and form the focus of his oeuvre. References to individual, social and cosmic life cycles are present in abundance and confront us with our own mortality.