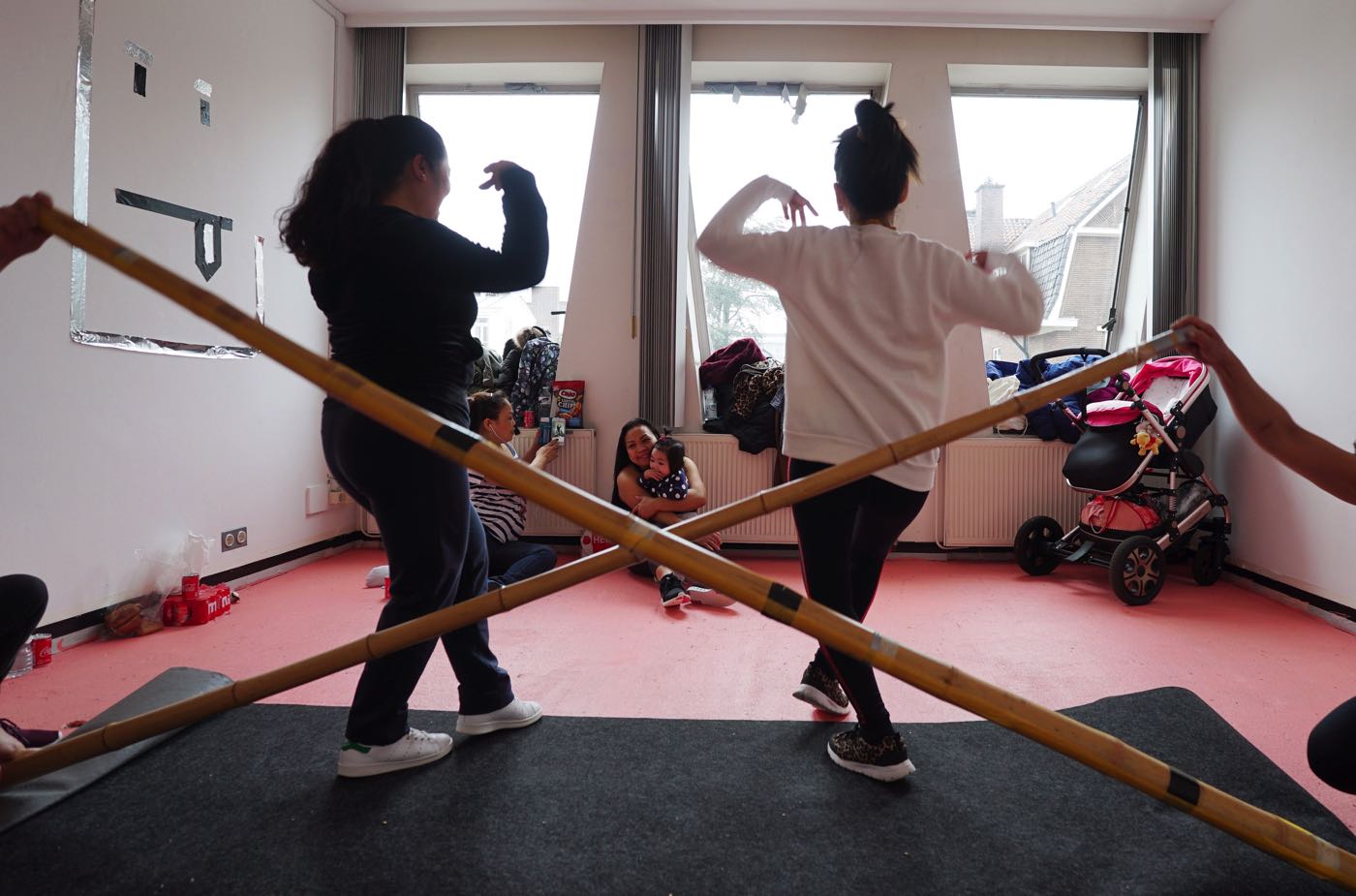 After 18 days of communal workshops, the open rooms on the first floor of the embassy's eastern wing are ready to use from March 31st. To celebrate the occasion, join us for an evening of conversation, food, and performances.

TIAA is a project by British design and architecture collective ASSEMBLE. Over the past six weeks Assemble have invited the people of The Hague to help us transform the embassy's eastern wing into a free public resource for migrants, activists, solidarity networks, artists, and researchers.