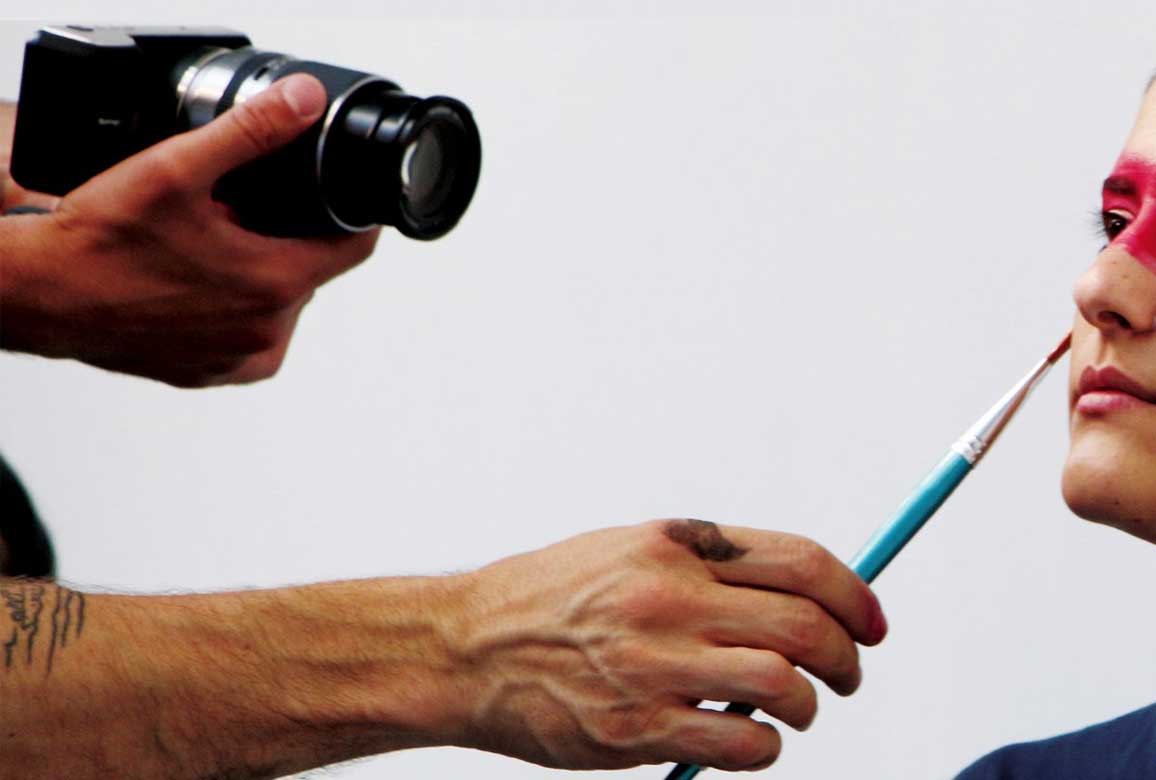 
Parallel to the solo exhibition by Ulf Aminde in Huis Huguetan, West presents a collaborative installation by the *foundationClass at Groenewegje 136. Initiated by Ulf Aminde in 2015 and located at Weißensee school of art in Berlin, the *foundationClass tries to use artistic, institutional and legal practices to prepare the ground for refugees’ and asylum seekers’ equal access to the institutionalized art and cultural sectors.

For the exhibition at West, the *foundationClass – in a collaborative process – developed an installation grounded in the fact that some of the participating artists are not allowed to travel to the Netherlands due to their state as refugee. Instead of understanding this legal circumstance as limiting and allowing it to marginalize the affected individuals (as artists and persons), the *foundationClass’ approach is to use these existing structures of disadvantage as material, as potential, as energy and as means of production. The artists involved share specific knowledge and sensibilities and combine their examinations of identity, power and representation.

Drawing on a wide-ranging skill set, from painting and sculpture to graphic design and film making, the participants of the *foundationClass have created a new work that operates as spatial fact and as site of discussion that allows for the viewer to consider the implications of showing a work of art in a location, where its producer would be considered illegal.