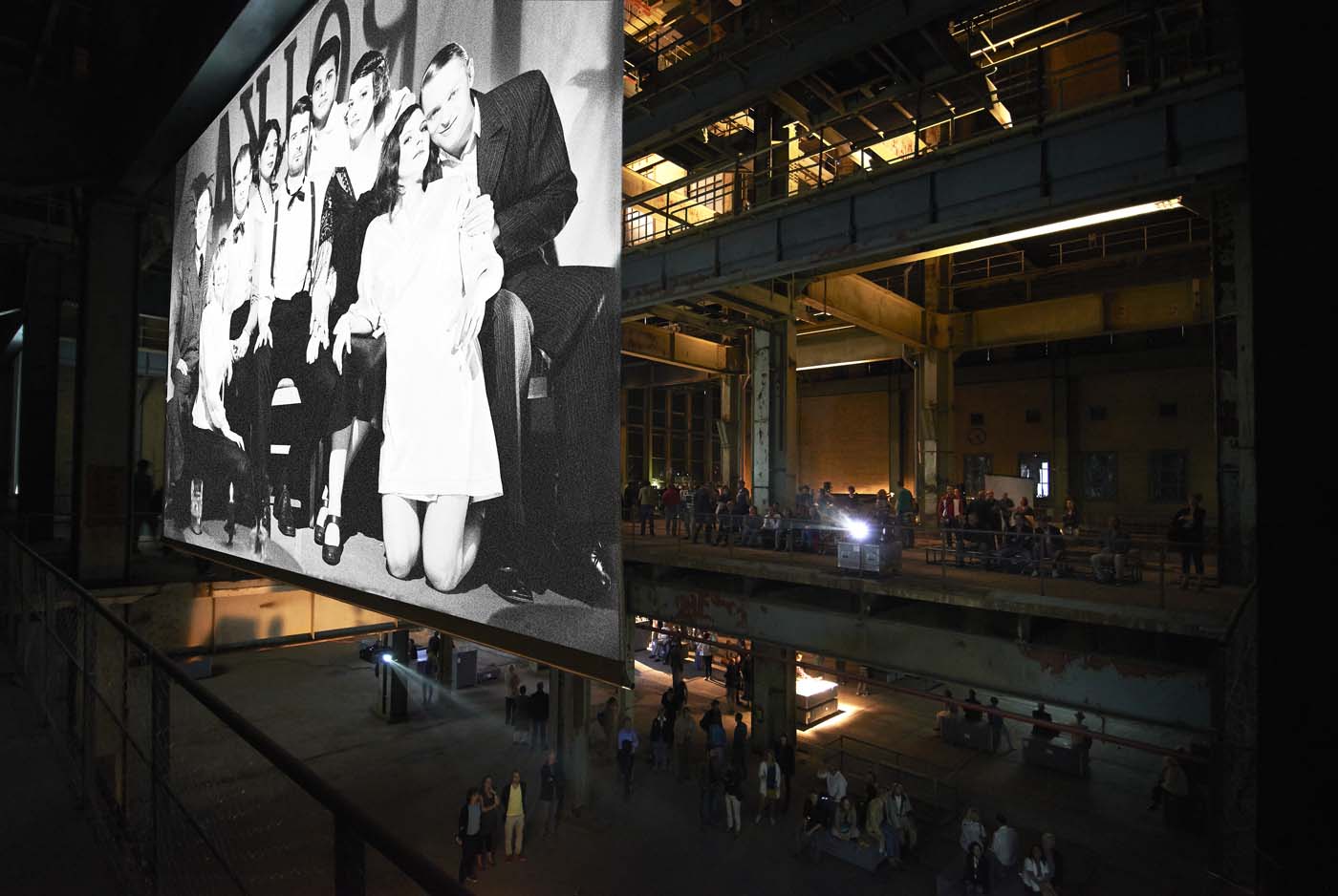 For the first time the public at large will have access to the special location where the Volkspaleis is taking place this year. The turbine hall of the E.On Powerplant is situated at the crossroads of the Hague districts of Segbroek, Transvaal and Zeeheldenkwartier, vastly different areas in many ways. In a similar way the event Volkpaleis brings together various art disciplines introducing the visitor to this unique site close to the city centre in an unexpected way.

The Volkspaleis is a multidisciplinary event where West will show among other things the magnificent, monumental film project The Lost by the internationally renowned American artist Reynold Reynolds. The turbine hall is perfectly suited to show the film consisting of seven screens averaging a width of 8 metres. The project is based on rediscovered film footage from the thirties, a period of severe economic crisis. The film is about the life of a young writer who lives in a Berlin hotel together with other performers, dancers and musicians. At the time the original film couldn’t be completed due to the upcoming Nazi regime. Reynolds’ team now has completed and finished the film. Apart from the daily screenings there will be an extensive evenin
g programme. West invited several partners among whom writers, musicians and other performers. Just like in Reynolds’ film various artists come together at the same spot. Here they show their work but will also partake in a discourse regarding the position of art in our current society which now once again suffers a large scale economic crisis.
For thirty days the Volkspaleis will be a centre for art in many different ways. Because of the spectacular and rugged character of the E.On plant’s turbine hall all art that is shown here is charged with a special kind of urgency. Each evening will consist of an unusual combination of performances, lectures or discussions.

Program Volkspaleis
The author Kees ’t Hart wrote a text about the philosopher Kierkegaard especially for the Volkspaleis. On the spot a new audio story by Wim Noordhoek can be heard, entitled Gelukkige doden (Happy Dead). The programme consists of Noordhoek’s own texts and earlier recordings he made surrounding the death of writers he had befriended such as Gerard Reve, Willem Brakman and W.F. Hermans. Philip Peters wrote an essay especially for the Volkspaleis about showing one single artwork and the issues arising when watching a complicated video installation such as the one by Reynolds.
During the opening the ensemble Nieuw Amsterdams Peil will perform an arrange of composer Franz Schreker’s The Wind. In addition many bands will perform, among them Half Way Station, Uncle Meat, IOM, Dion and the Magic Chords and Anne Wellmer. Apart from rock and improvised music Meindert Talma will perform a mix of songs and prose. Several writers will give lectures, among them Marisha Pessl and Kees ’t Hart. There will also be dance performances by the Dutch Don’t Dance Division and the group Marina Colomina.
Around the various performances discussions will be organized about a number of issues including art and culture in the city of The Hague. It’s also possible to take part in guided tours by Marco van Baalen (The Hague Historical Museum), Roos van Put (adviser Culture Council), Alexander Strengers (Art commission The Dutch Bank) and Egbert Dommering (collector of video art) among others. They will focus on the way in which they watch and engage with art against the backdrop of their various professions.

Because of the varied structure of both the day and the evening programmes the Volkspaleis is not only interesting to a public already into art. It is accessible to everyone with an open mind toward a unique and special experience on this spectacular place in the city of The Hague.

Volkspaleis Arrangement — daily at 5 PM
In collaboration with restaurant Est Est Est and the Ooievaart the Volkspaleis offers a unique arrangement. The viewer will first visit West’s exhibition Haunted Home on the Groenewegje with works by the international artists Marc Aschenbrenner, Bjørn Melhus and Stacey Steers. Then there will be a marvellous dinner in restaurant Est Est Est in the Wagenstraat. Subsequently the visitor will embark from the Bierkade on a boat trip organized by Ooievaart. A captain will skilfully sail through The Hague’s beautiful canals while a guide will talk about the many places of interest and telling anecdotes about people and things of past, present and future. The trip make a stop at the Conradkade where the Volkspaleis will be visited. The boat will return at 8:15 pm. The costs of the arrangement are € 25.- pro person. Reservations can be made through www.ooievaart.nl