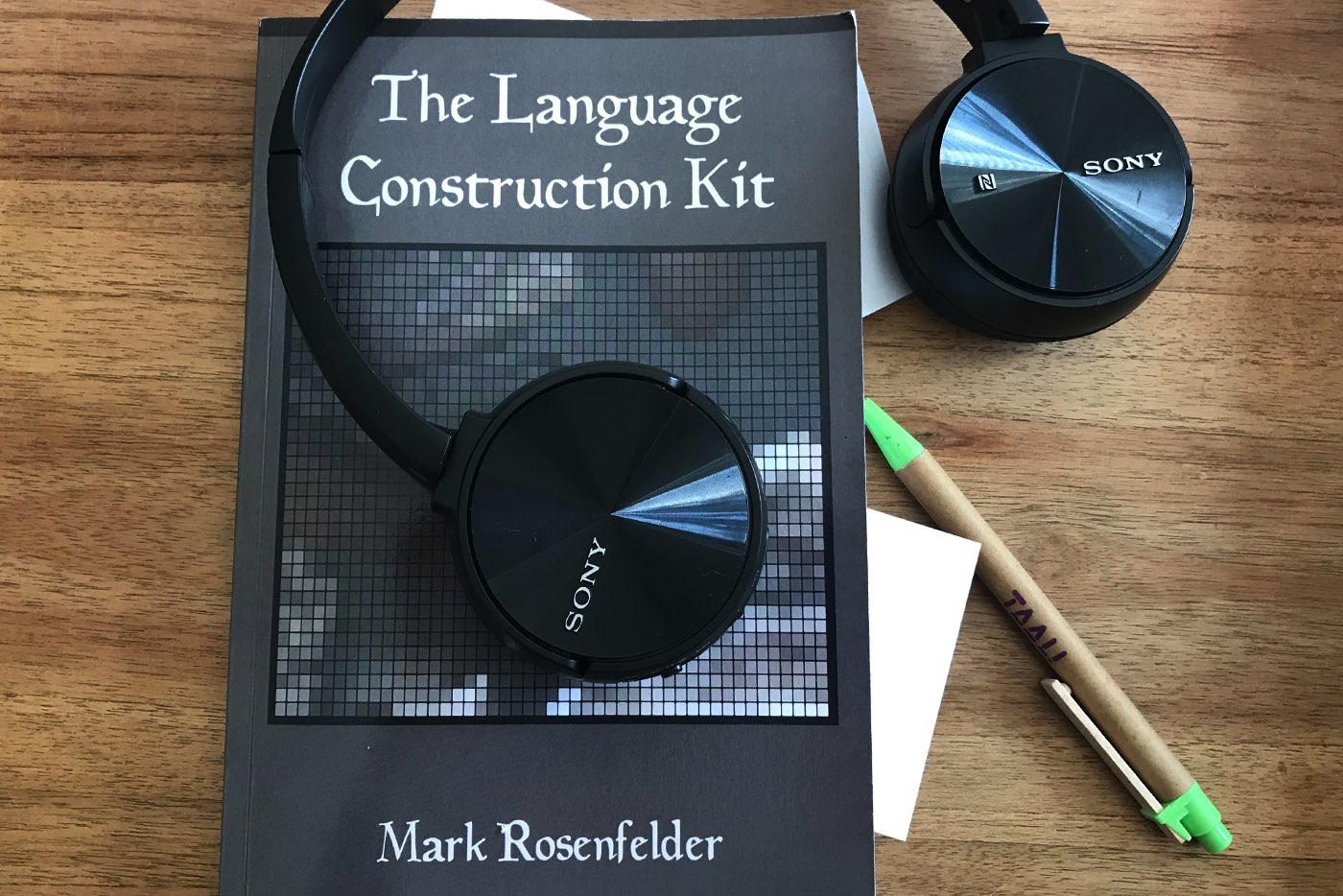 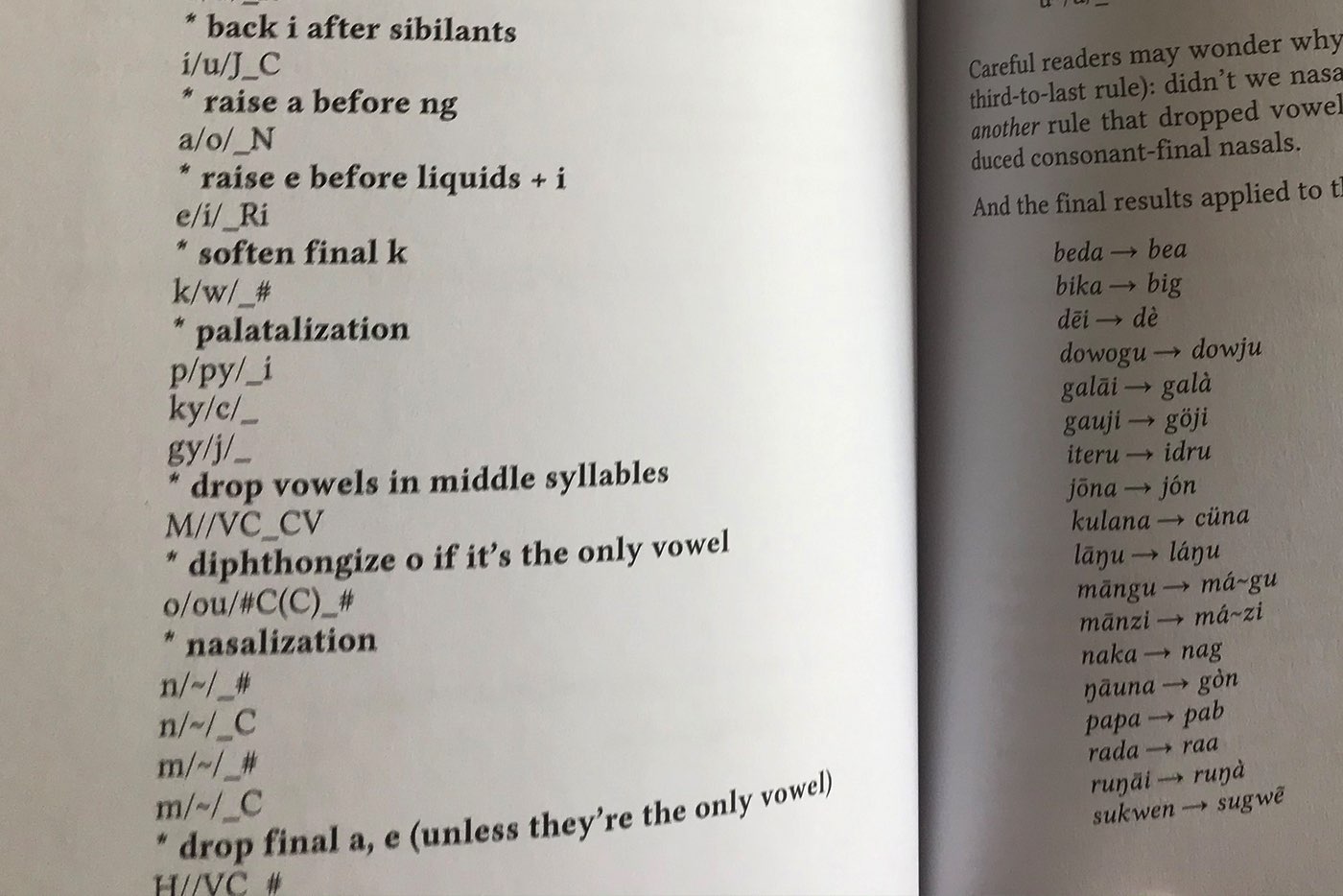 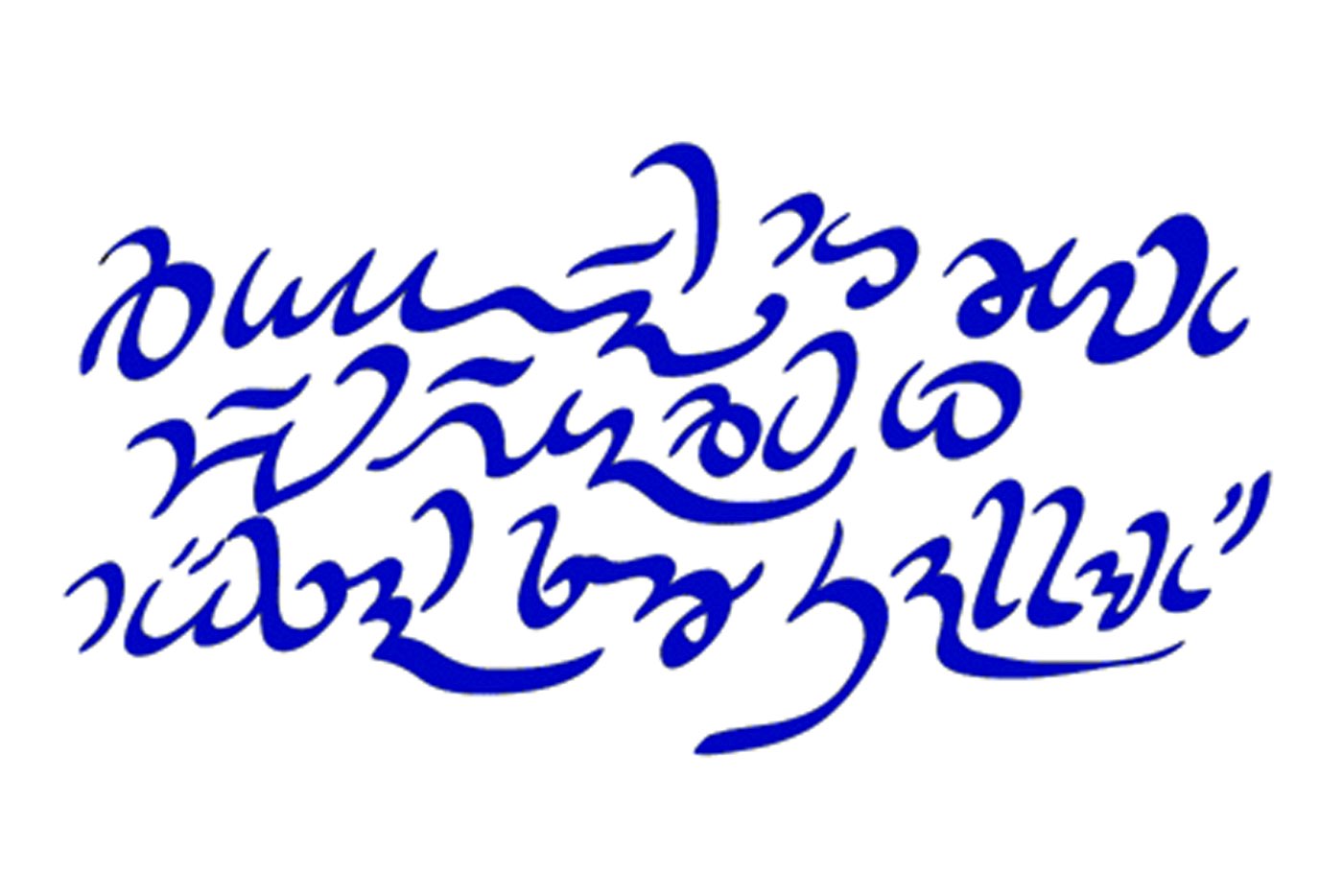 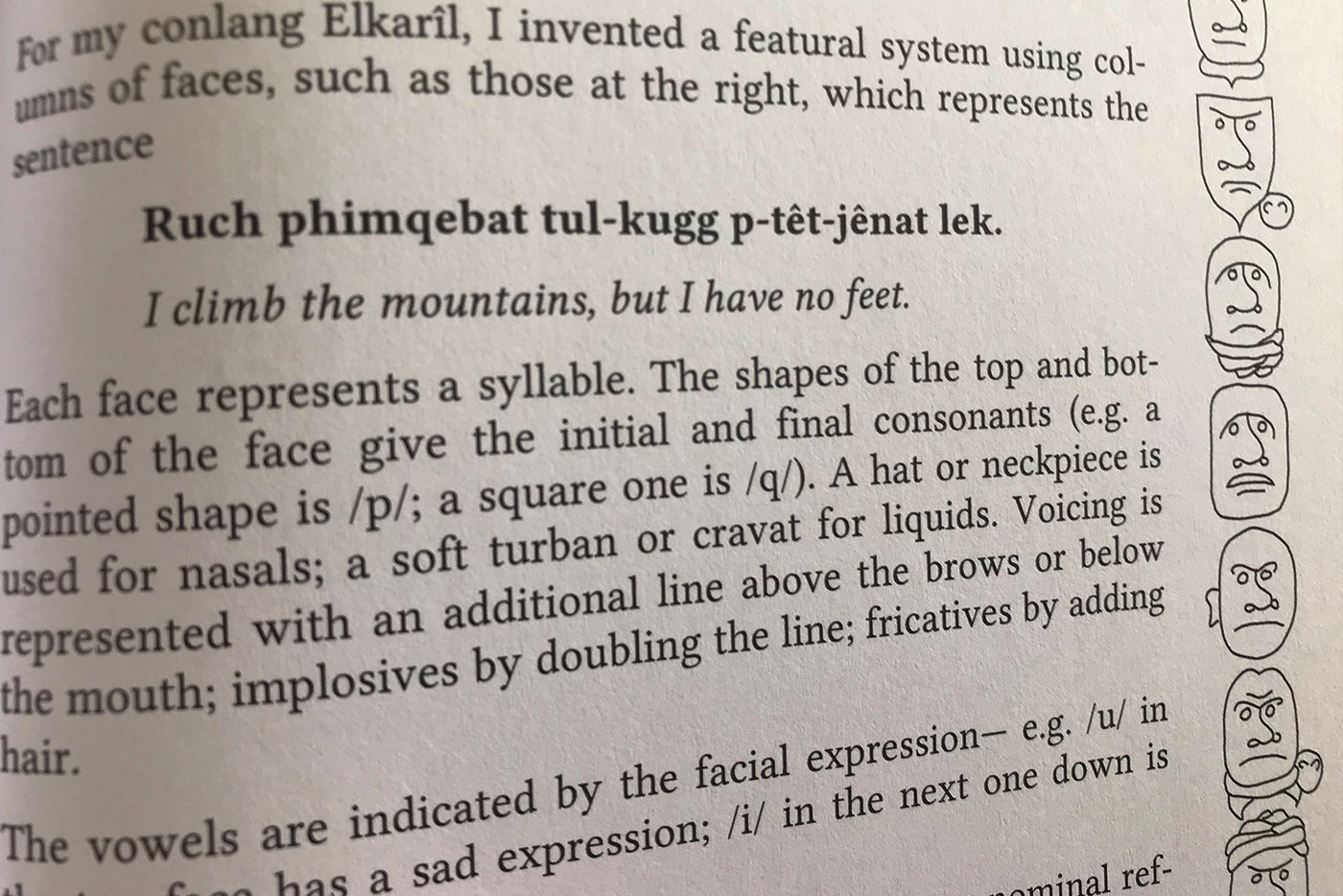 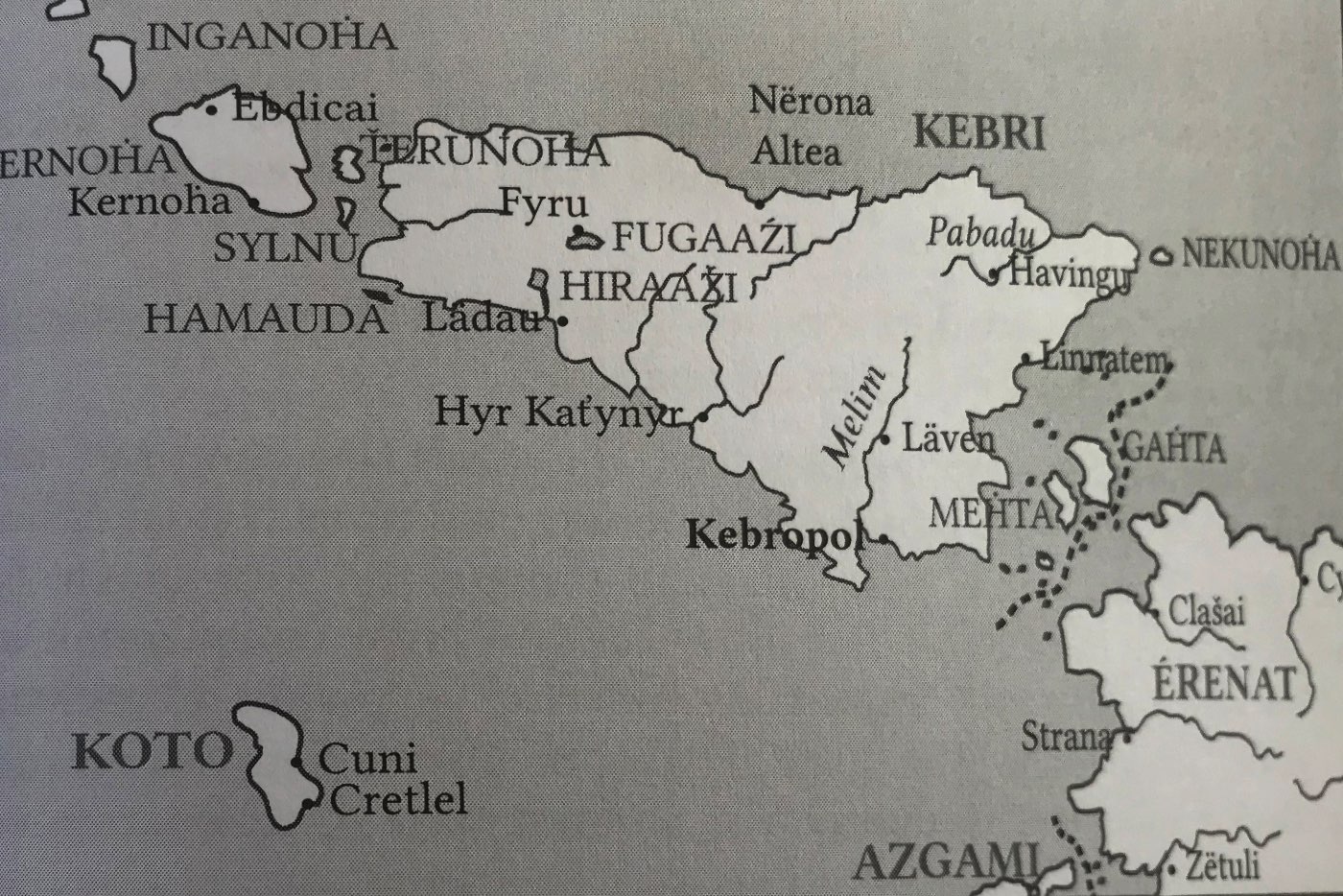 ‘I am going to make up a country of my own,’ realized Dutch writer Ilja Pfeiffer by the age of 12. He talks about the made up fictional country of Mocanië (Mocania) in an interview on Dutch television. At the request of presenter Janine Abbring, he demonstrates what the Mocan language sounds like. It is somewhat like a classic language with Viking elements. He never incorporated Mocan in his novels. Though his diaries as a young adult are written in his made up language.

Some readers find it rather cumbersome: books with a glossary of a fantasy language. Yet science fiction or fantasy writers like to apply made up languages. For video game designers or film makers, a credible and realistic language is an almost necessary extra. ‘The Language Construction Kit’ by Mark Rosenfelder (Zompist.com) shows the do and don'ts in the development of constructed language or conlang. The book is written as a backhanded introduction to linguistics. Since anyone who wants to develop an artificial language will have to understand how a natural language works. So there is a lot of work to be done before even one sentence can be written in conlang. For example, the designer must think about how the language will sound, a dictionary must be written and a grammar must be designed. In addition, an alphabet must be designed with an adapted alphabet for the handwritten version and, of course, a translation of the text. Once you have successfully completed these steps, you are well on your way to bringing your language to life.

Rosenfelder has more practical advice. Be careful with diacritics, apostrophes, and weird spellings to make the words appear mostly ‘different’. You will regret that later. It is useful to start with the geographical terms such as city, hill or mountain. Many conlang designers riddle the language of the ‘bad guys’ with k’s or kh’s or consonant clusters. Use examples from natural languages. An additional point of attention is the design of a language for aliens. Applying REALLY DIFFERENT sounds is crucial. The Marvel Comics solution was to add some extra apostrophes into the text. ‘This is Empress Nx'id'ar 'of the planet Bla'no'no!’ We can do better. You might focus on the mouth shape of the aliens that you have in mind. Is it really long? Then sounds could be articulated in several places. Or maybe the airstream is different because they don't have a nose and can't produce nasal sounds. And if the aliens cannot stop breathing while speaking, all vowels will become nasal.

Some people are worried that their designed language will be stolen. Unless your language is featured in a blockbuster movie or television series, there is really no need for concern. Ilja Pfeiffer wrote his diaries in Mocan and he is the only native speaker of the language. To this day he is very grateful to be the only one in the world who can read the diaries. A lock is not required.

Would you like to get started with constructed languages? In addition to The Language Construction Kit there are more books on conlangs, artificial and auxiliary languages in the Alpabetum in The Hague.