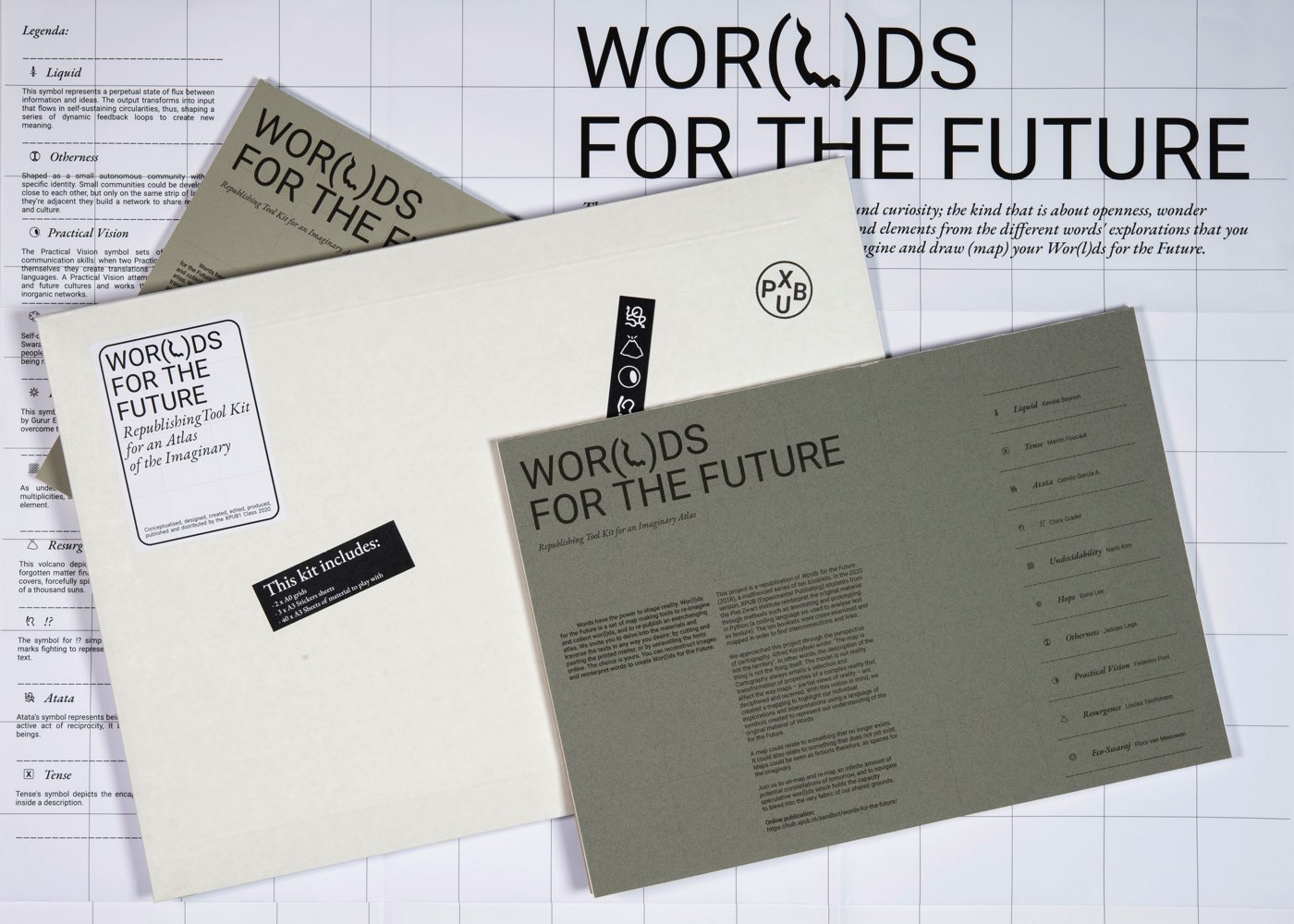 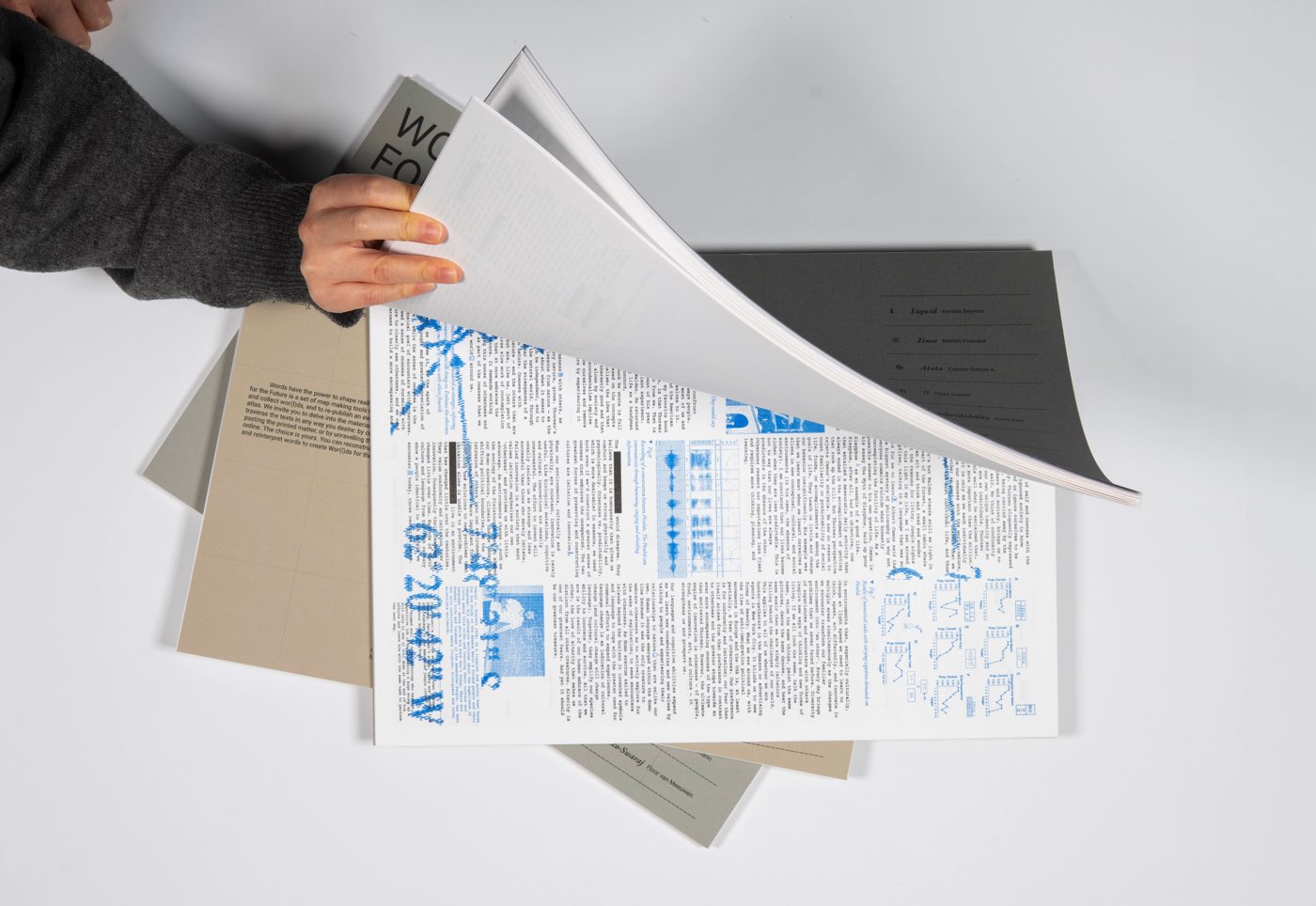 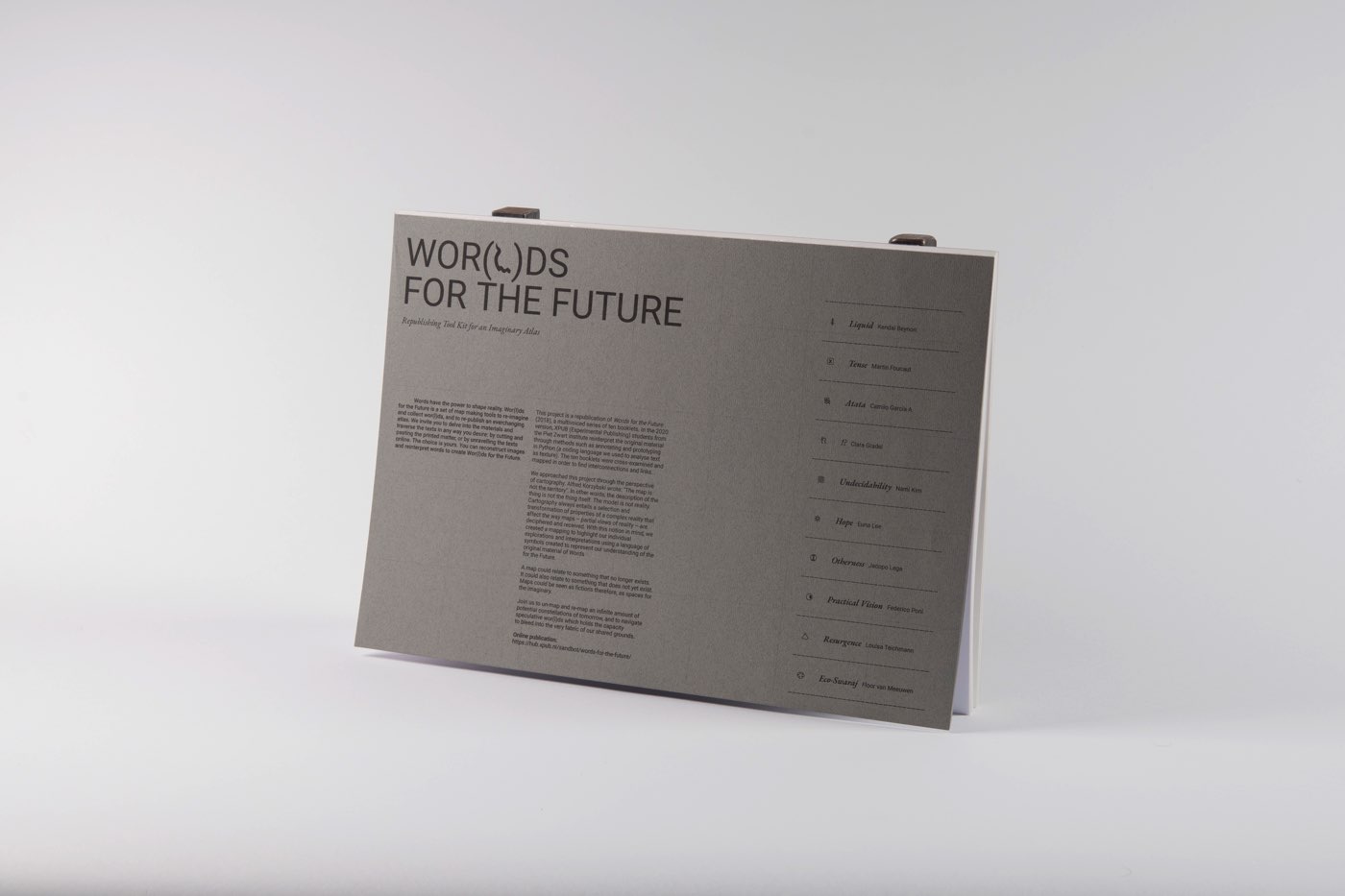 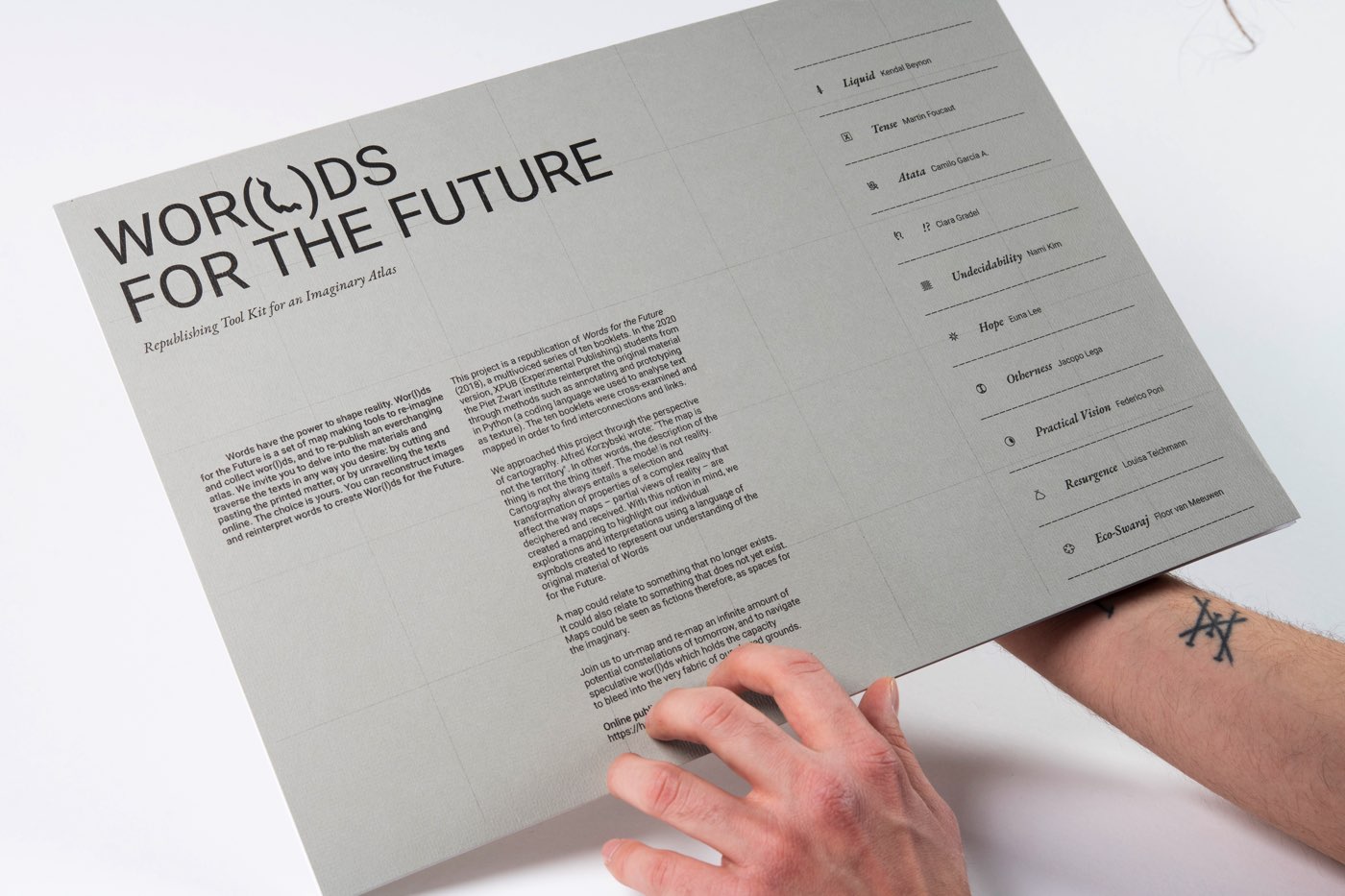 What does it mean to re-publish?
This sentence was the starting point for ‘Wor(l)ds for the future’, the 13th Special Issue created and published by the first year students of the Piet Zwart Institute master course Experimental Publishing (XPUB). XPUB is a master course that focuses on the acts of making things public as well as the creation of publics in the age of post-digital networks. It consists of students with origins from all over the world and with various academic and artistic backgrounds such as graphic design, journalism, and interactive media design.

The special issue is a re-publishing of a project created by Nienke Scholts in 2017. She invited a group of people from diverse fields of knowledge to propose a word for the future. The result was ‘Words for the Future’, a series of ten issues that each focused on a word that would point to possible imaginations of various futures. The issues were published into a limited amount of printed editions, and sold in a number of locations.

When the students of XPUB were invited to study and re-publish the ten issues that together constitute ‘Words for the Future’, one of the aims was to make the texts more accessible. In order to target a wider range of audiences there was an interest in converting the texts to a downloadable, printable digital format. The beforehand exclusive limited prints were to be made open access with a focus on writing a license that advocated for the possibility for other readers or writers to re-use and treat the material in new ways. The ten students of the course each chose a text from which they reinterpreted their context. By making use of open source software, the project aligned with the philosophy of having content accessible to everyone. As an example, they worked with the coding program Python where its methods of annotating and prototyping embraces the free and open access approach to acquiring content and knowledge.

The students approached the texts through the perspective of cartography and, in that way, they linked the texts to each other by making use of the rhizomic way the internet can work. The result is a non-hierarchical, interactive platform, suggesting endless possible futures. A platform in which the reader is an active participant of the story, and is allowed to be surprised and, thus, where judgement is undermined. There is not a right way or wrong way to read the texts which adheres to the way a map can also be read in multiple ways. Every word symbolizes a possible world, materialized as a web-interface or as a printed package the reader can explore and customize to their own liking. A nice feature is the uncommon function of the special issues’ indexical starting web page on which you are directed towards the individual texts. Instead of having a classical a-z numbering of chapters, the texts take part in an ever-changing anecdote. The position of each word in italics, which is associated with tone of the ten texts, changes every time the page reloads, giving endless possibilities of the position and outcome of the anecdote.

‘Wor(l)ds for the future' is a re-publishing first of all, but it is also an attempt to propose new ways of reading. The boundary between reader and writer is blurred; The famous concept ‘the death of the author’ is taken literally in the sense that the reading becomes active while simultaneously making the reader aware of their active position.

If you are interested in having a look at the printed package (including the special issue in a physical form, an interactive map, as well as a set of stickers) it will be available in West Den Haag’s Alphabetum once we are able to open our doors for the public. In the meantime, the issue can be explored online through the following link:
https://issue.xpub.nl/13/