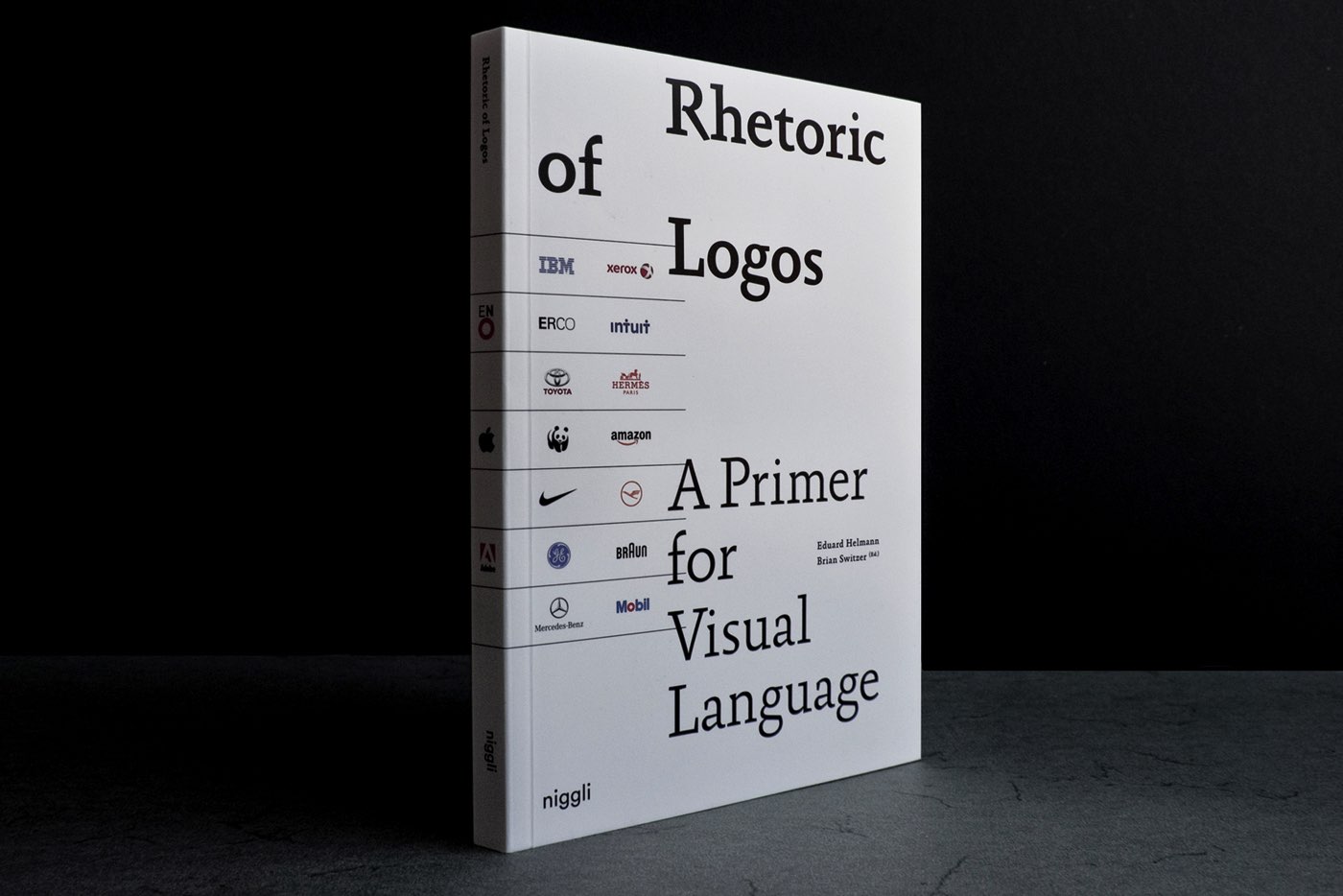 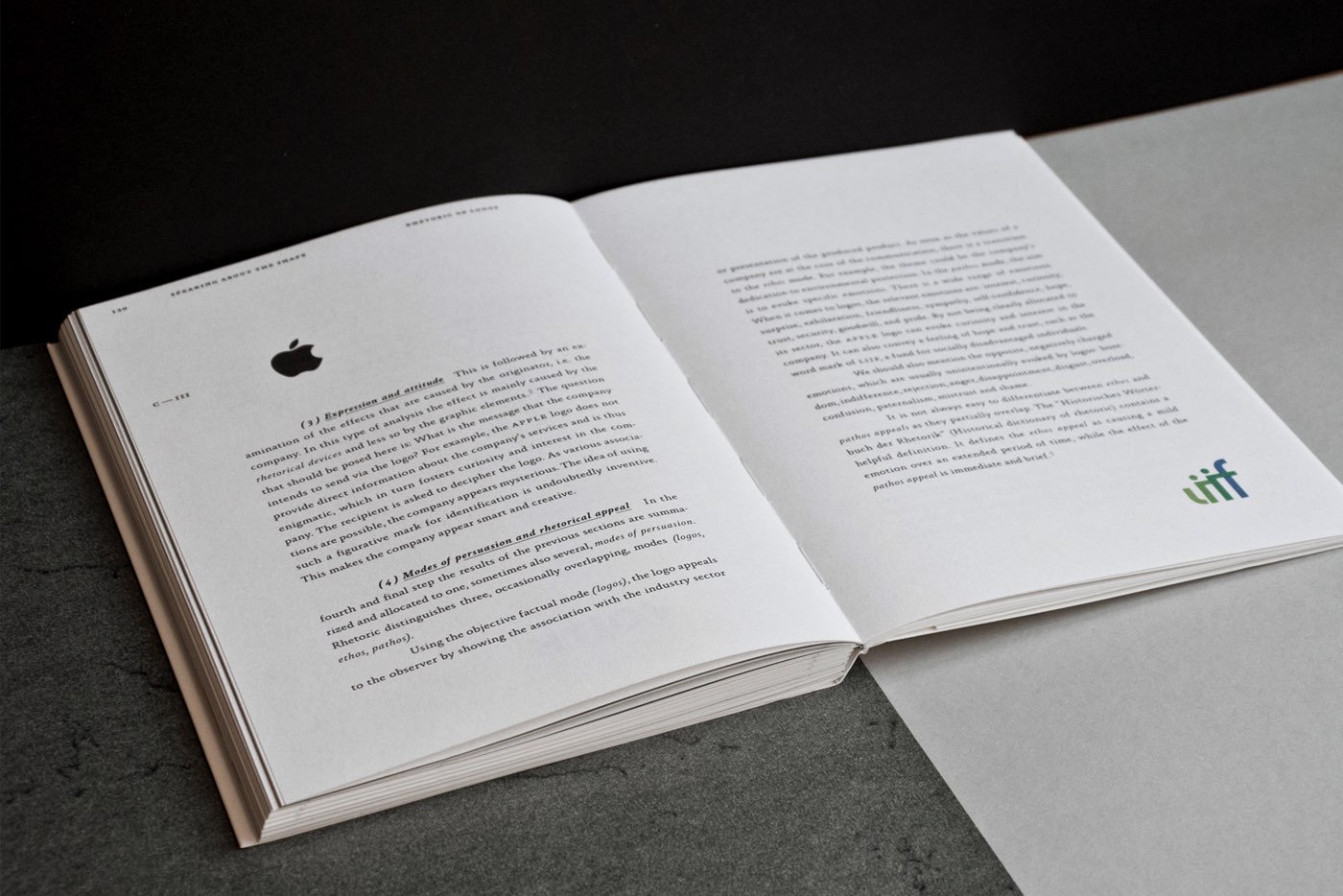 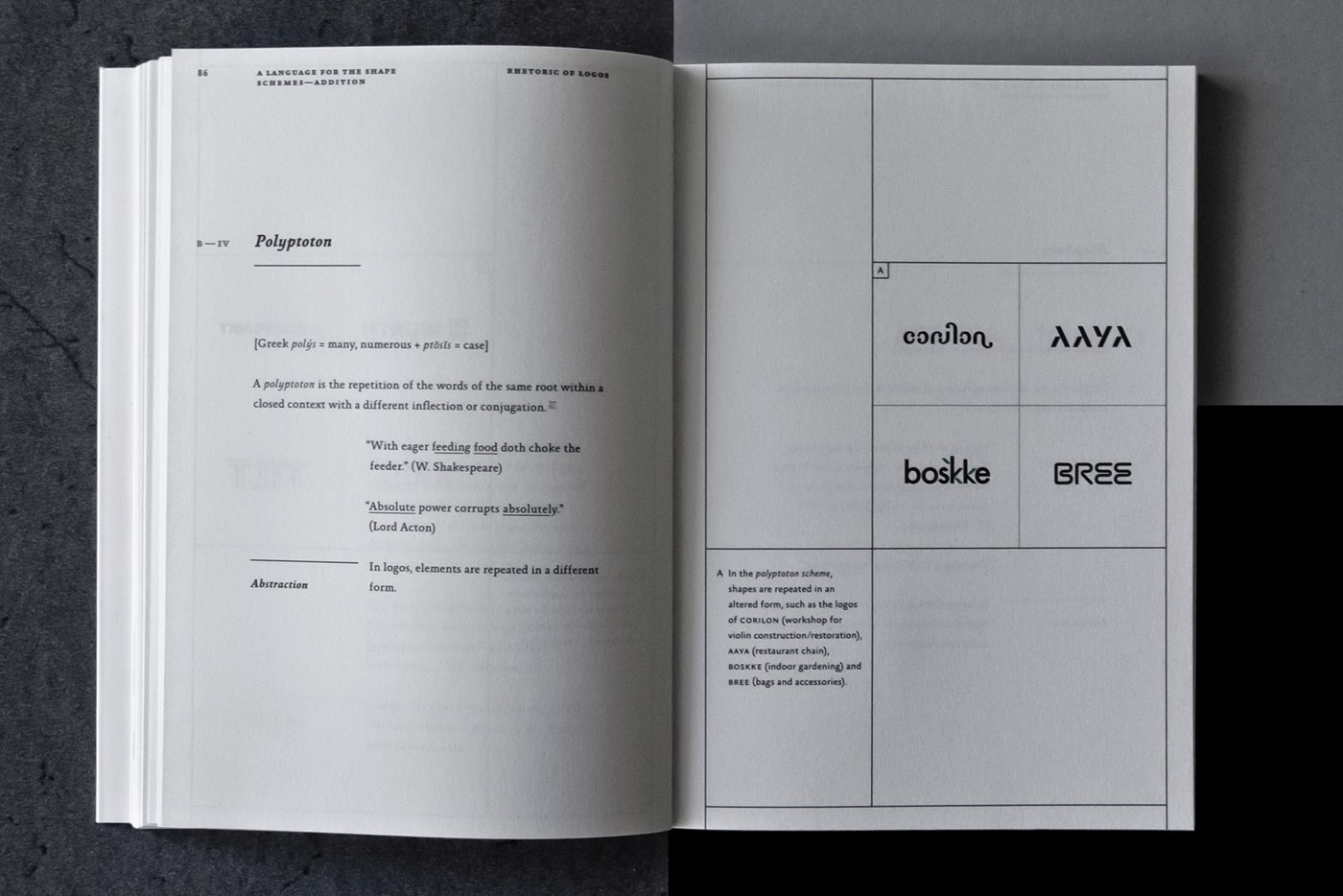 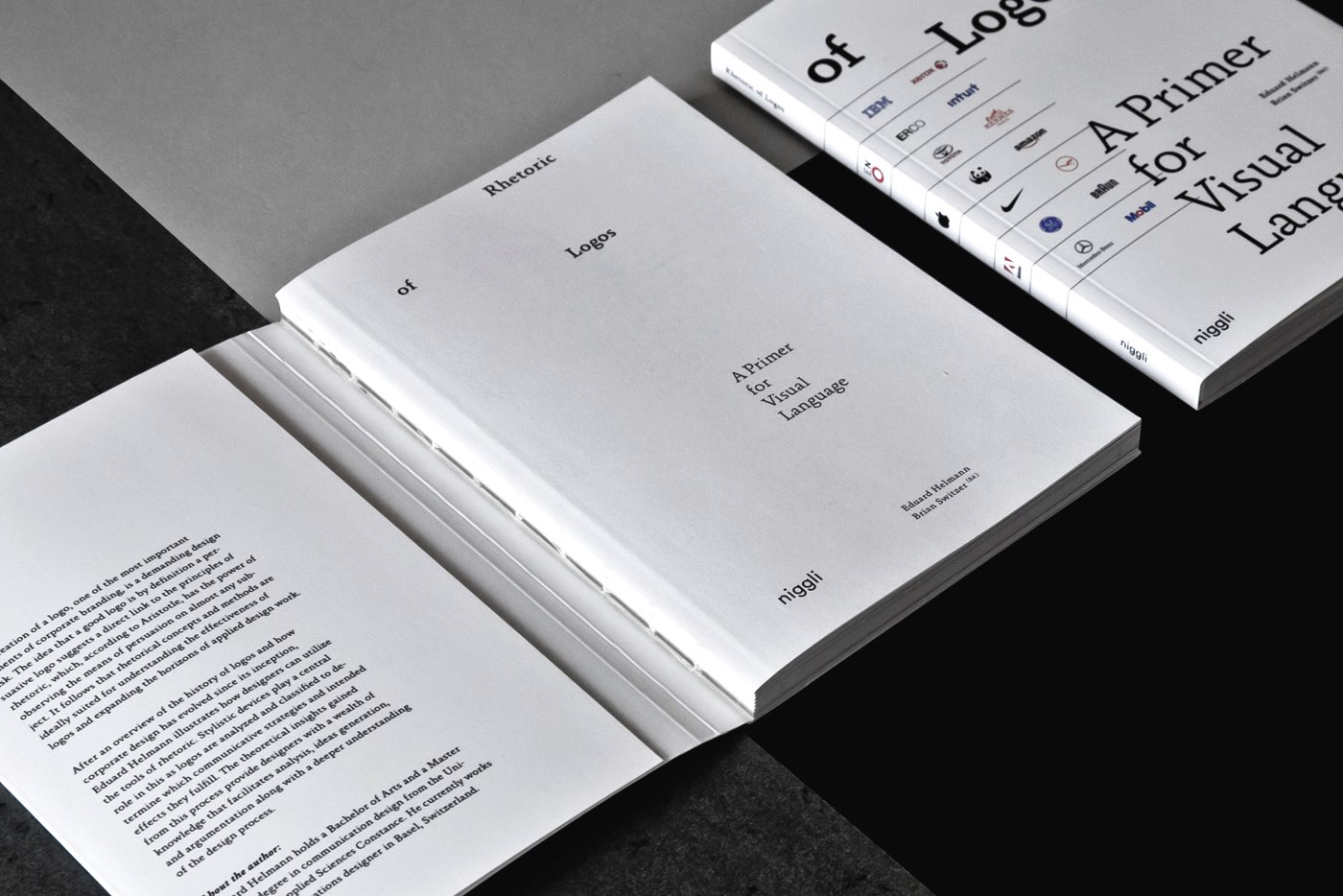 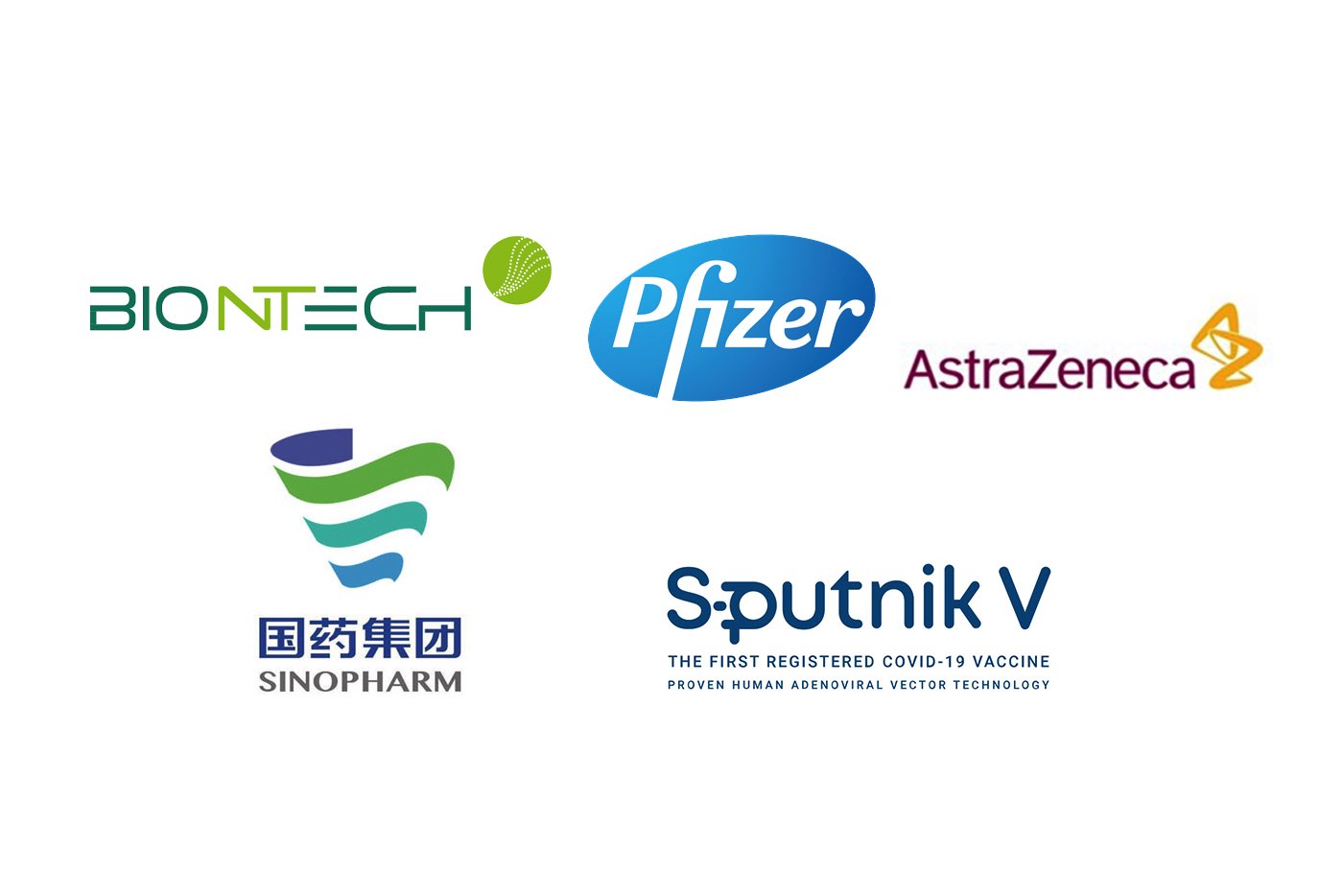 Languages change over time because people and cultures evolve. This is also true for the visual languages and logos. The industrial revolution influenced the concept of corporate identity and corporate design. ‘Rhetoric of Logos: a Primer for Visual Language’ aims to analyse the causal relations of communication in relation to logo design. It offers practical guidelines and claims that rhetorical concepts are suitable to create persuasive new logos.

The history of logos dates back approximately 5000 years. Scientists discovered Egyptian hieroglyps that showed ‘domisticated animals carrying specific brands.’ In the following era, Roman manufacturers marked their oil lamps with embossed stamps. But the heralds ‘can be rightfully described as the founders of today’s corporate design’. These public officials with expertise in coats of arms were in charge of the ‘visual image’ of the knights during tournaments. Finally, industrialization sparked economic competition and branding became a key component of corporate culture.

The term logo is derived from the Greek word ‘logos’, which means ‘word’ or ‘speech’. Logos serve as a distinctive mark and ambassador at the same time. The stylistic devices (colour, font and typography) and rhetorical devices (content-related elements) are an amalgam in visual communication. The three modes — logos, ethos and pathos — are helpfull to understand how people can be persuaded. ‘Logos’ (reason and instruction) concerns the open presentation of facts, logic and reason. ‘Ethos’ (pleasure and entertainment) regards a description of a character to to gain the audience’s sympathy. ‘Pathos’ (Appealing to emotions) causes intense, immediate and transient emotions. What follows is the ‘relevance model’ in which the logo creates a presence, has substance and conveys reference.

Designs represent a corporate identity and aim to affect the behaviour, attitude and opinions of the receiver. But the author does not discuss the impact of logos in our corporate, branded world. Are recipients willing to be influenced? And other thing, who determines your vaccine of choice? Some may feel euphoric after the first week of the rollout of the Covid 19 vaccine in the Netherlands, others are deeply worried about the possible side effects. But would anyone worry about the brand or logo of their vaccine? So, let’s scrutinize those Pfizer and Sputik logos and start testing. Testing. Testing.

Please note. Pharmaceutical logos are not represented in this book. The additional pictures are intended as test subjects. Stay at home in case of complaints.

Rhetoric of logos: A Primer for Visual Language. Eduard Helmann, NIGGLI, 2016 This book is on display in the Alphabetum at West.