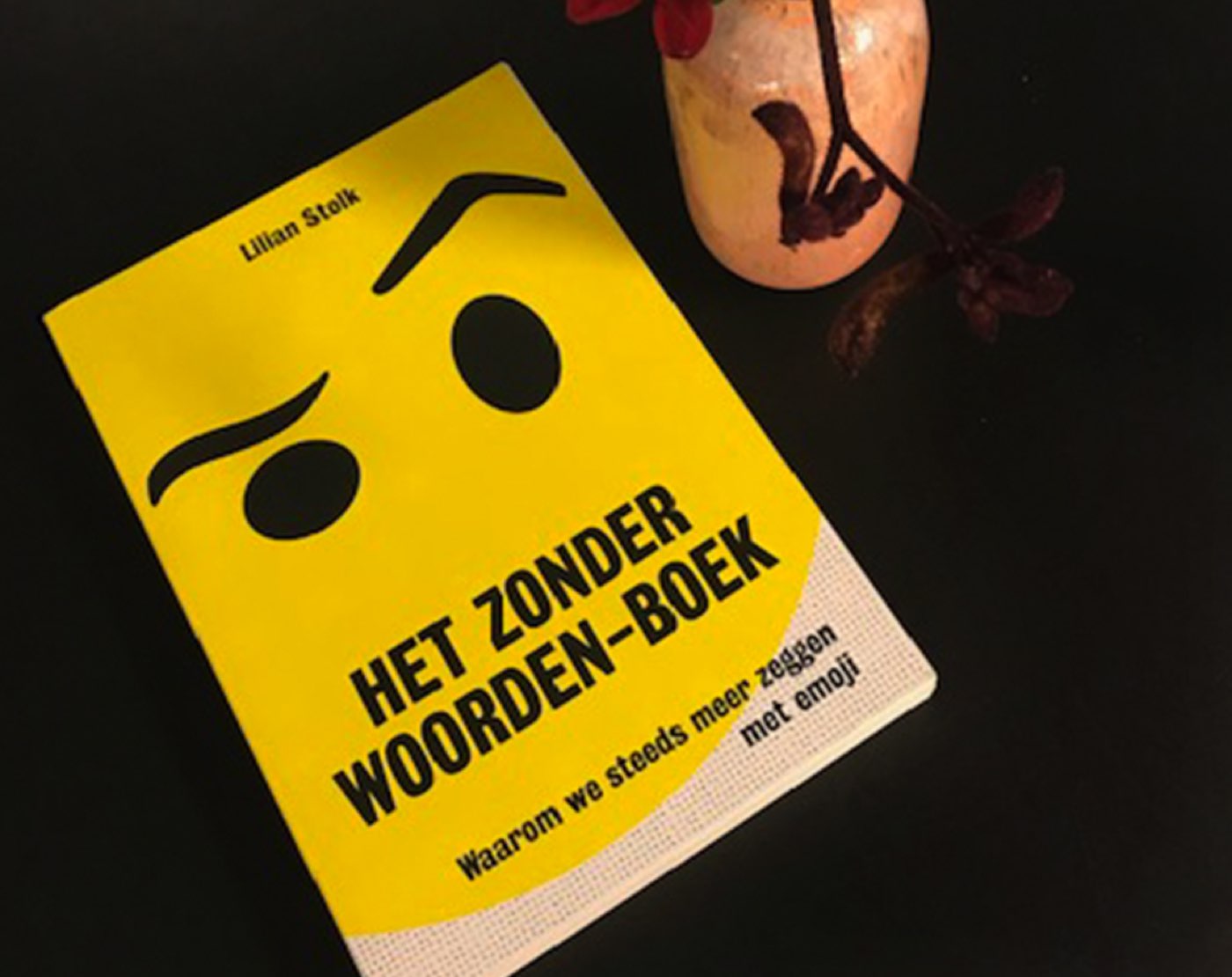 Will language increasingly be unleashed? After all, different types of techniques allow users to tell stories with images. But once the alphabet is loosed, stories can do without authors. Will the experience of storytelling become a kind of event, like the oral tradition? The Alphabetum is an artistic space to explore developments in language. For instance, on the basis of the ‘Het zonderwoorden-boek (The Wordless Dictionary)’.

Smileys or emoticons are not similar to emoji, but the terms are often confused. The concepts are clarified in ‘Het zonderwoorden-boek’ by Lilian Stolk. The smiley, the laughing yellow face, was developed by graphic designer Harvey Ball, in 1963. The iconic face became the feel good symbol of de sixties. In the United States, the smiley was used as a way to put the Vietnam war out of the collective mind and to celebrate the hippie movement. Within a couple of decades, the smiley symbol tranformed into the emblem of the Acid-house culture. The emoticon has a completely different origins. The emoticon is contraction of the words ‘emotion’ and ‘icon’. It consists out of punctuation marks shaped like (facial)expressions such as O-O, \O/, XD of <3. Computer scolar Scott Fahlman introduced :-) and :-( to indicate that an email was intended as funny or serious. The word emoji resembles to the word ‘emotion’ or ‘emoticon’ but the word stems from the Japanese language. The contraction of the Japanes words ‘e’ (image) en ‘moji’ (character) is emoji, litteraly ‘image character’. Emoji is default aviable on telephones. The graphic faces and pictogrammes are intended to complement digital messages.

Emoji appear to be the origins of a hybrid type of language. Currently, the use of emoji is way to much descriptive. The symbols are still embedded in the traditional usage of language and are part of a structure that consists out of letters and lines. In the internet culture, users are accustomed to control images. The lineair structure of stories is abandoned since real-life events develop simultaneously. Storytelling by codes in stead of letters creates the possibility to tell various stories at the same time. The lens is focussed on a situation and the spectator unlocks the storyline.

Emoji are not universal. A symbol can represent various meanings. Similar to the concept of images, the onlooker is free to create the extra meaning. This is the appeal of emoji. Imagery broadens linguistic experience.