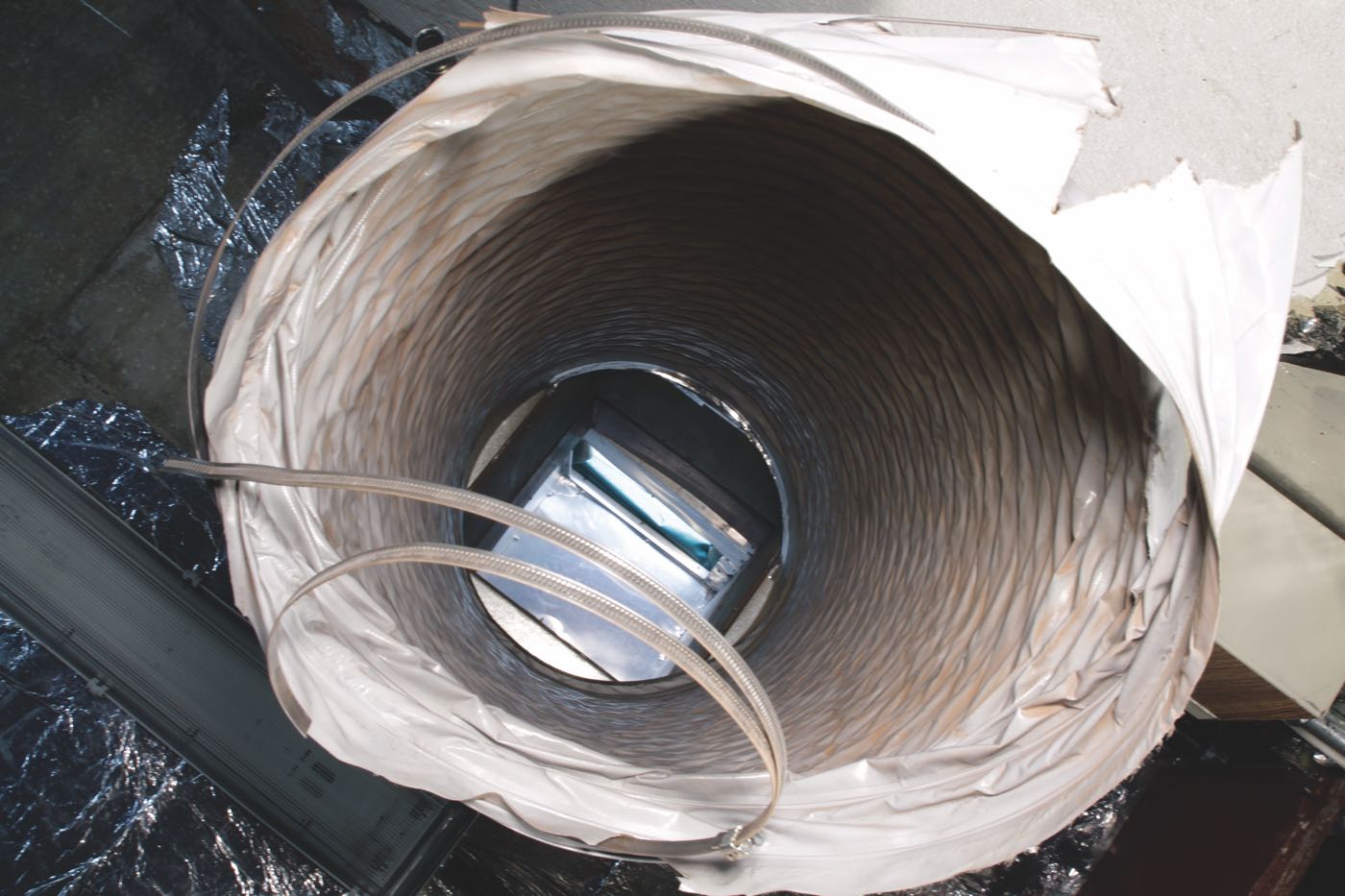 The work of the German artist duo Korpys / Löffler is surrounded by 'suspense'. In the collection of films, photographs and light images there is a continuous tension. Beautiful, grainy shots show reports of events from recent history and meticulously depict striking places. Full of symbolism and references to feature films, we recognize the images, but are not always able to bring them home precisely. For their first presentation in the Netherlands, Korpys / Löffler have found the perfect setting in the former American embassy.

The building of the Dutch Embassy, designed by Bauhaus architect Marcel Breuer in 1959, is located in the centre of The Hague. On the top floor of the west wing there is a part that is protected by armoured doors. The Vault. These rooms are bare, stripped of decorations and lost pipes protrude from the suspended ceiling. Partly covered with aluminium foil and the windows darkened with a special layer of varnish. The Vault was, and still is, inaccessible to the public. By means of an extensive photographic investigation, Korpys / Löffler made a visual (re)construction and mapped out the history.

In their artistic-documentary projects, Korpys / Löffler deal with the phenomenon of power and its representation. The artists are specifically interested in bureaucratic and administrative institutions, agencies that shy away from publicity, such as the 'Bundeskriminalamt', the Central European Bank, prisons or the police. By observing the periphery of events and collecting apparent evidence, they show the functioning of such institutions. In this context, the artists do not practice investigative journalism, but focus on the aesthetics of events and details. The common thread of their work is a strong visual style, without moral or political analysis.

In previous projects, the artists have been given access to the interiors of extraordinary buildings such as the headquarters of the United Nations and the World Trade Center in New York, the NATO site in Brussels, and the Pentagon in Washington. They spy and observe, using methods that are comparable to those of the object of their research. Modern criminology is about gathering as much information as possible, especially information whose content cannot be evaluated in the first place, or seems insignificant: but these marginalia can have a great informative value.

Through films, installations and a new publication, the vml. American Embassy, this exhibition by Korpys / Löffler shows in a very specific way in an exhibition with a continuous arc of tension in which the artists allow us to look again at recent history.