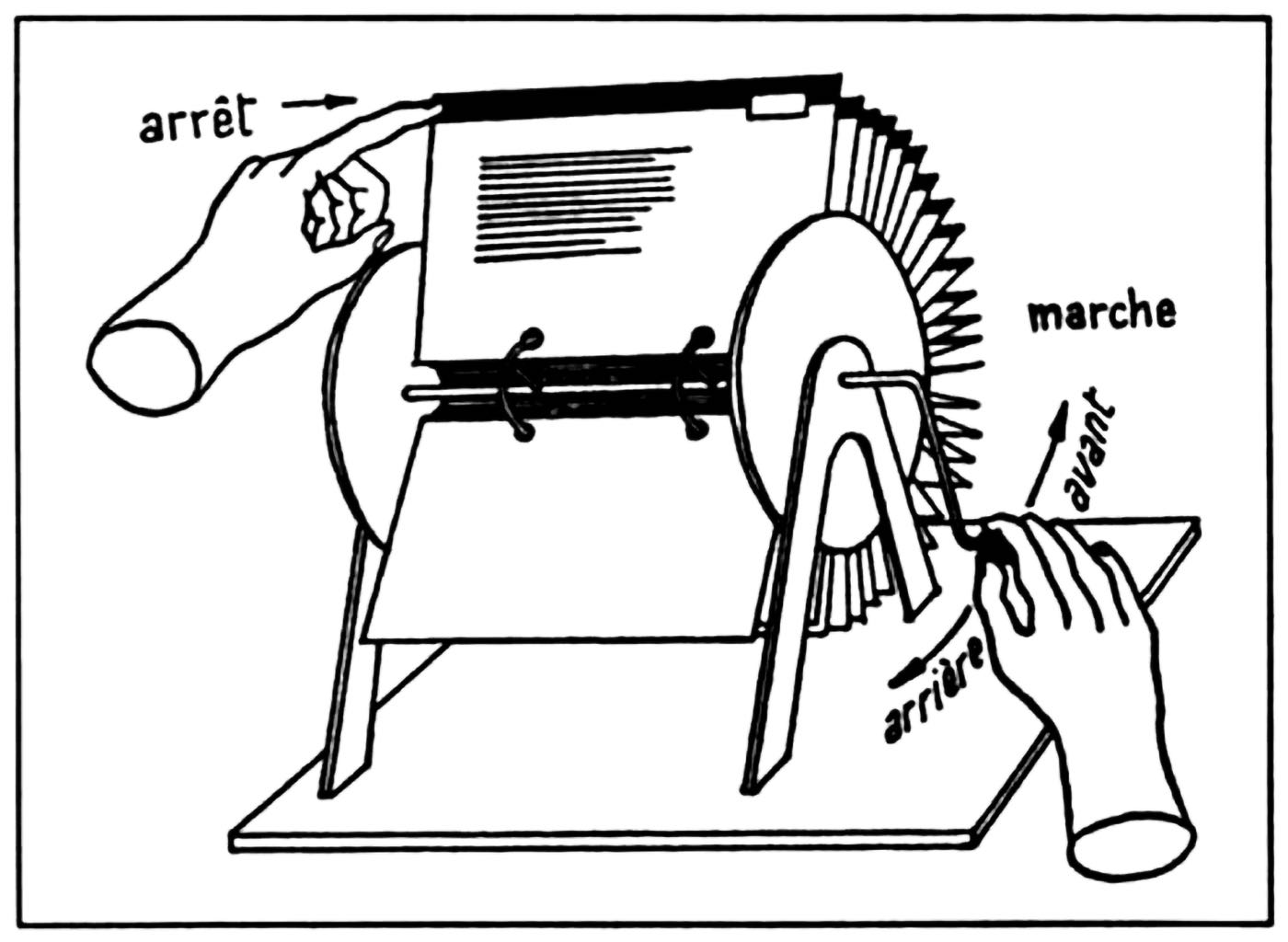 Jean-Pierre Brisset, Raymond Roussel and Marcel Duchamp belong to a family of inventors who have explored the realms of meaning, language and representation by means of linguistic and artistic procedures, technical devices and (pseudo- or para-)scientific methods.

Roussel famously created a writing method – his „procédé“ – which in its most simple form consisted in a painstaking construction of two almost identical phrases which have entirely different meanings – an equation of facts to be solved by filling the gap of meaning between the sentences with a coherent narration. Brisset asserted the amphibious origins of human languages by developing of his own system of homophonic puns, unearthing a forgotten language behind our everyday words. The work of Marcel Duchamp can be regarded as a synthesis of Brisset and Roussel with his obsessive interest in puns and minimal – „infra-thin“ – differences (between male and female, between the third and the fourth dimension, between objects of everyday life and objects of art etc.), his fascination with chess and his experimentation with optical devices.

Despite their biographical and aesthetic distinctness, a common thread runs through the multidimensional works of these three inventors: an understanding of the logic and the materiality of signs which are neither merely shape nor sound nor word. These are enigmatic entities, governed by their own geometry revealed through a specific procedure: the methodical subdivision of movements and words into minimal particles – letters, phonemes, and retinal impressions. Through a series of apparatuses, inventions, imaginations, dreams, letters, words, diagrams, places, allusions and facts, the exhibition presents the most important facets and motifs of their respective processes recontextualized through historical and contemporary literature, typography, architecture and art.

This project is kindly supported by The Raymond Roussel Society.