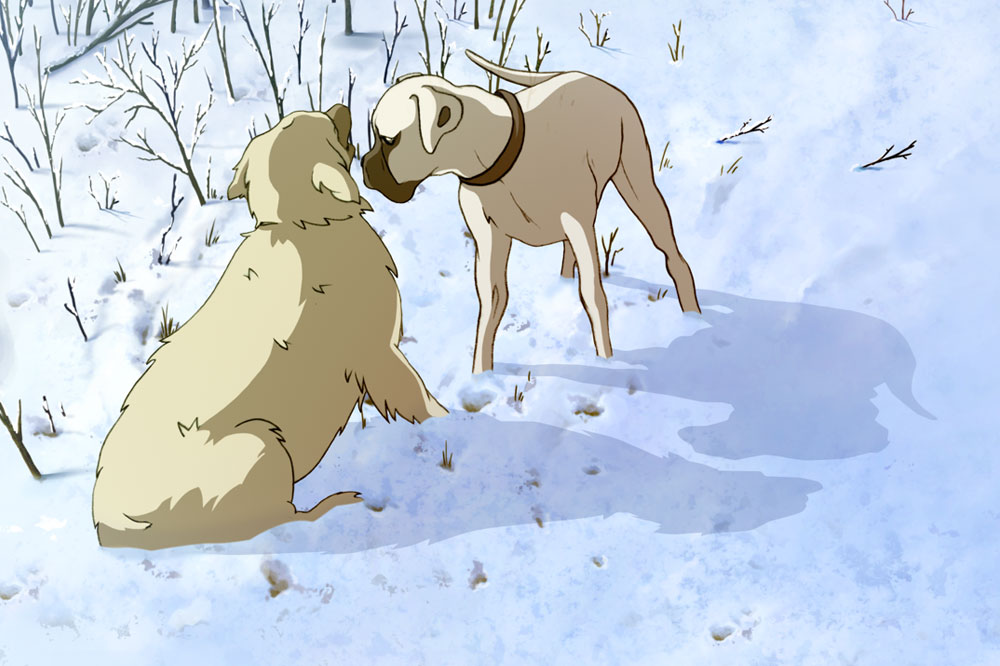 West Den Haag proudly presents, MORE, a solo show of new works by Italian-Belgian artist duo Simona Denicolai and Ivo Provoost. This exhibition includes a preview of their animation film project ‘Hello, Are We In the Show?’, and interventions with local residents throughout The Hague.

MORE is the second exhibition by Denicolai and Provoost after ‘Uitburgeren, Baby’ (2010) at West. As multidisciplinary artists, Denicolai and Provoost work with, but not limited to, animation, objects, and installations. Central to their practice is to play with existing models such as the social and economic systems by upturning the common perception of things. To do this, they retract art from its conventional place by working within public spaces such as fishmarkets, town squares, social media, and public institutions to extend their work outward into daily life.
MORE explores the interaction and cooperation between the living and centres around their on-going animation project, ‘Hello, Are We In the Show?’ located in the Sonian Forest that lies to the south-east of Brussels. Everything that lives in and around the forest, whether it is plant-matter, industrial, or human is captured in this rich and dynamic animation. By remaining true to the life of the forest, Denicolai and Provoost draw out the visual elements of flora and fauna, and the natural soundscapes are overplayed with the sounds of cars and planes overhead.

‘Constellation’ part of the creation and the production process presents itself as an autonomous ensemble of three different animated images from the project ‘Hello, Are We In The Show?’:
• The first element shows the structure of the animation in progress, which will be completed in two years time. An animatic video, (an animated storyboard) comprising of 188 drawings by the artists, follows the final outcome exactly: in time, in action, in framing, and points of view.
• The second element shows a video of an animated test showing a swan floating in a circle on the water.
• The fine element is a screensaver with a series of 38 images; some of them are details of color studies for the animation combined with details of “Les Chasses de Maximilien” (the hunts of Maximilian). The 12 tapestries displayed in the Louvre are also inspired on the Sonian Forest, and woven in Brussels in the 16th century.

Connecting this project to The Hague, Denicolai and Provoost have gone into the Haagse Bos to think through the expansion of the city and its profound effect on the natural environment. Responding to the forest’s original purpose to provide oak for ship-building, they consider de-forestation, as The Hague, populates and expands. The result takes shape in a kind-of a diptych titled ‘MORE’, the first is a photographic image taken at the frontier of the forest and the city. The second part, invites the visitors to take the seeds of various plant and tree species out of the show to plant in their gardens, and else where. These seeds are available on a table/trampoline in the main space of West. In this work, Denicolai & Provoost encourage the visitors to be actively involved in the expansion of the forest; be it imaginary or real.

Borrowing from the windowsills of local residents throughout the city, Western-style model ships are replaced by an apology for the missing objects. These ships are shown in another space at West. Their branching into public space uproots the conventional style of exhibition by collaborating with the model ship enthusiasts. Accompanying these objects, the artists produce a catalogue of the ships with anecdotes and history of each ship. This catalogue also mentions the addresses of the ship owners, and thus regarded as a guide for an exhibition in the city. Upon the exhibition’s end, the ships will return to their respective windowsills to form an exhibition in the city of Den Haag, which is both permanent and fragile.
--
Simona Denicolai (1972, Milan) and Ivo Provoost (1974, Diksmuide) live and work in Brussels.They have exhibited widely at institutions and galleries internationally, including places such as NICC vitrine, Brussels, (SIC), Brussels; Kunstenfestivaldesarts, Brussels; Institut d’art contemporain, Villeurbanne; Casino, Luxembourg; Castlefield Gallery, Manchester; TRACK, Ghent; and West Den Haag.

We are pleased to invite you to the opening reception of the exhibition on Saturday 25 October 2014 at 5 pm.

A new publication by Konstanze Shütze will accompany the exhibition. For press photos and more information, you can contact MJ Sondeijker: marie-jose@westdenhaag.nl