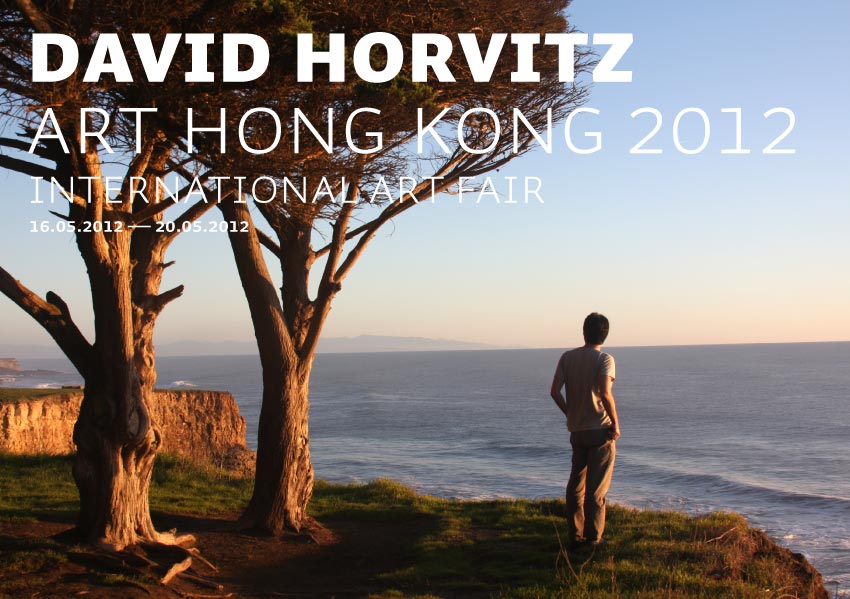 West is proud to present the first solo exhibition in Asia of David Horvitz. David Horvitz (1981) is an American artist whose work shifts seamlessly between the Internet and the printed page, avoiding any particular definition or medium. Born in Los Angeles, California and currently based in New York, his projects frequently encourage the participation from both his artist friends and a web-based audience, as well as collaboration with designers and curators. Recurring interests include attention to strategies of information circulation and the impermanence of digital artifacts.

At Art Hong Kong Horvitz will present a new site-specific project. For the fair, Horvitz will travel to the Eastern most point of Hong Kong, Ping Chau, to view the sunrise. He will then follow the sun to the western most point, Peaked Hill, for the sunset. Like in ‘Public Access’, the photographs made at these times and locations, will be placed onto the Wikipedia pages of the two locations, and these ocean views will openly circulate through digital distribution channels. Following the sun, Horvitz pays attention to the natural cycle of the day. Before the invention of the clock, time was determined by one’s exact physical location and the exact position of the sun in the sky. Time was a relationship with both one’s location and with the grand field of the celestial. In ‘Hong Kong’, Horvitz attempts to rekindle this lost relationship to time.

For ‘Public Access’ (2011) Horvitz drove the entire California coast from the Mexican-American border to the Oregon border. Along the way he made photographs of roughly 50 beaches. In each photograph Horvitz stood anonymously in the framed, always turned away from the camera, looking out at sea. These photographs were then uploaded to the Wikipedia articles about each of the beaches, making them public information that can freely be sourced and recirculated. Many of the photographs were removed as Wikipedia editors took notice to Horvitz’s action. The term Public plays with both the publicness of the Internet, and public as something physical.
‘Untitled’ (bouquet of flowers) is a piece made in the city or country of the exhibition. Horvitz will make a bouquet in Hong Kong, traveling through the city collecting flowers from different vendors. Horvitz embarks in an impossible task: to recollect and re-concentrate what has been distributed.

‘Life. Drawing’ (2012) is a collaborative project Horvitz started with Adam Katz. Meeting at Zuccotti Park, where the Occupy Wall Street movement was born, Horvitz and Katz brought drawing materials and invited people to use the police as life model subjects. The project responds to the gaze of the police presence. Their gaze is one of power, one of surveillance. The looking of the one who draws is one who solidifies their presence in a moment. The drawings are always left collectively together. They are never signed, but Horvitz keeps a list of all the artists who participate.

For ‘Carry-on’ (2010) he asked a number of artists to hand one of their works to him, which he then carried to Den Haag in his carry-on luggage. In transit from Brooklyn to Den Haag, the works were never left alone, not even for a moment, also in reaching vicinity to his body. Included are oil paintings of kitchen knives by Paul Branca, downloaded fireworks by Michael Bell Smith, a sculpture of Colleen Brown’s vaginal cavity, and various other works dealing with issues of travel, distance, security, restrictions, etc.

David Horvitz graduated with a M.F.A. from the Milton Avery Graduate School of Arts at Bard College. He exhibited amongst others at West, The Hague, The Wattis Institute, San Francisco; with Rhizome at the No Soul For Sale event at the Tate Modern, London; SF Camerawork, San Francisco; Nexus, Philadelphia; Art Metropole, Space, London; Golden Parachutes, Berlin; New Museum, New York. In 2011 he was awarded the Rema Hort Mann grant and nominated for the Discovery Award at the photography festival in Arles, France.