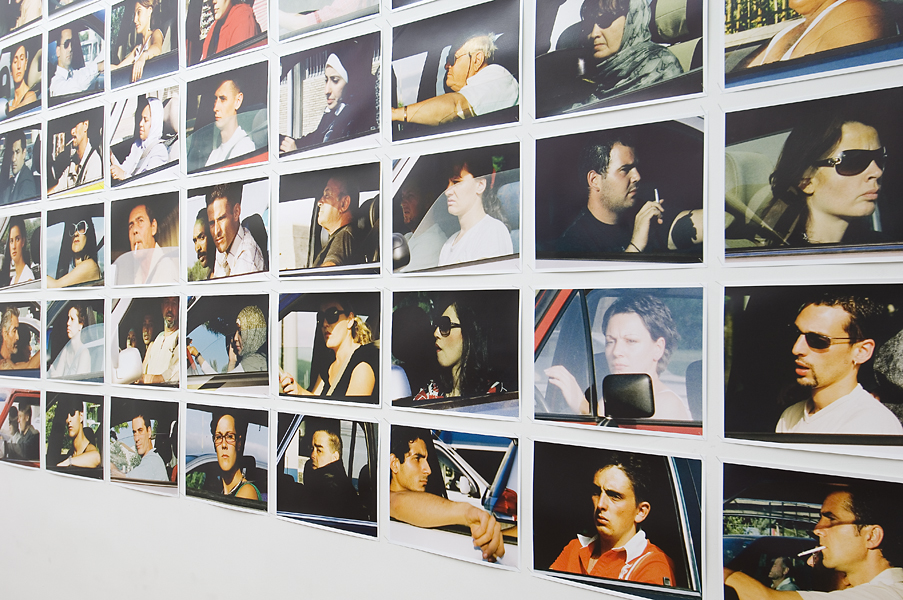 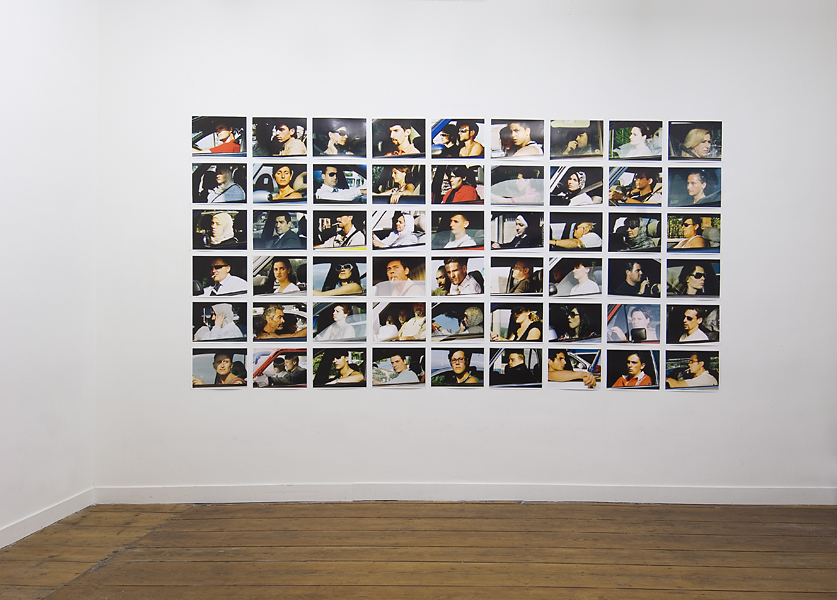 In his new project All Alike, Ad van Denderen focused the camera on an everyday and inexhaustible phenomenon: he portrayed people behind the steering wheel of a car. The series All Alike was made between 2002 and 2007 - parallel to the work So Blue, So Blue – and it’s first showing will take place at West.
Ad van Denderen has never played safe, certainly not during the realization of his monumental work Go No Go, in which he approached the borders of Europe from the confronting perspective of refugees. To abandon the rather fast and harsh working method that he as a journalist applies, in So Blue, So Blue he switched to a medium format camera and a colour film. Even his view has changed: from objective to obsessive. Colour, clarity and composition amplify the informative aspects of the photographs; they inspire each other and the viewers. We are forced to reconsider our vision on the area around the Mediterranean Sea and become aware of the diversity in this region. All Alike is the title of a series which was made during the same period, but depicts a totally different idea. By zooming in strongly on motorists Van Denderen detracts their individuality and emphasizes the analogies between Spaniards, Moroccans, Egyptians and Israelis amongst others. The differences between the nations are minimized to scratches on a car. The work therefore follows the tradition of the humanist photograph journalism but is highly conceptual en offers profundity and the chance to reflect.

Van Denderens work holds an international reputation and is awarded with the Award of Contemporary Art of the foundation BKVB in 2007 and the Visa d'Or Award in 2001.

From November 7 2009 till January 17 2010 the Museum of Photography in The Hague shows Van Denderens portrait of the Dutch army under the title Fighters and Peacekeepers which was commissioned by the Rijksmuseum and NRC Handelsblad newspaper for the annual project Document Nederland. Van Denderen exhibited previously at Stedelijk Museum and FOAM in Amsterdam, at West en Museon in The Hague, at the Dutch Photo Museum in Rotterdam, in Athens, during Photo Espana in Madrid, at Gallery Robert Doisneau in Paris, at Kunsthalle in Vienna, at the Photo Museum in Winterthur etc. His work can be found in the collections of Stedelijk Museum Amsterdam, Prentenkabinet in Leiden, Forum Stadtpark in Graz, Austria en several private collections.

We are glad to invite you to the official opening in the presence of the artist and with an introduction by Hans Aarsman, photographer and writer, on Saturday November 21 at 4:00.