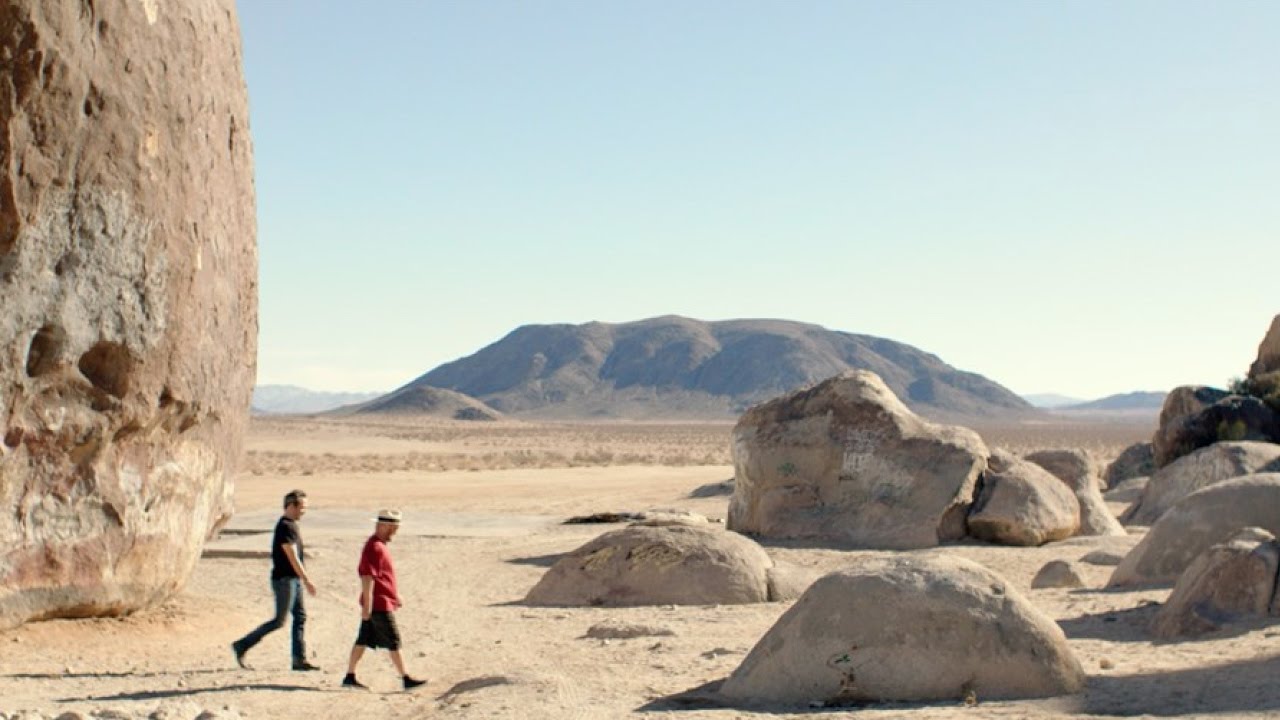 Extra event: Where is Rocky II?

Artist Pierre Bismuth (shared Oscar winner for the screenplay of Eternal Sunshine of the Spotless Mind) hires a private investigator and three Hollywood screenwriters in the search for ‘Rocky II’, a fake rock hidden in the Mojave Desert. American artist Ed Ruscha placed a rock-like sculpture among the real rocks in the California desert in 1979. The fake rock totally blended into the environment and became indistinguishable from the real thing. Ruscha always kept this mysterious artwork, called Rocky II, out of his official catalog, as if he did not want the sculpture to be found.

Artist Pierre Bismuth did not leave it at that and called in a private detective to find Rocky II. He also asks Hollywood screenwriters D.V. DeVincentis (High Fidelity) and Anthony Peckham (Sherlock Holmes) to brainstorm a possible action movie scenario around this hidden work of art.

Bismuth's docufiction raises questions about the nature of a work of art that no one can see, indeed, a work of art that almost no one knows about. In the end, Bismuth mostly unravels the myth-making and overall Hollywoodization of life.

Q & A with director Pierre Bismuth
Pierre Bismuth is known to the general public for winning an Oscar in 2005 for best original screenplay, along with Michel Gondry and Charlie Kaufman, for the feature film ‘Eternal Sunshine of the Spotless Mind’. Bismuth made his debut as a film director in 2016 with the feature film ‘Where is Rocky II?’.