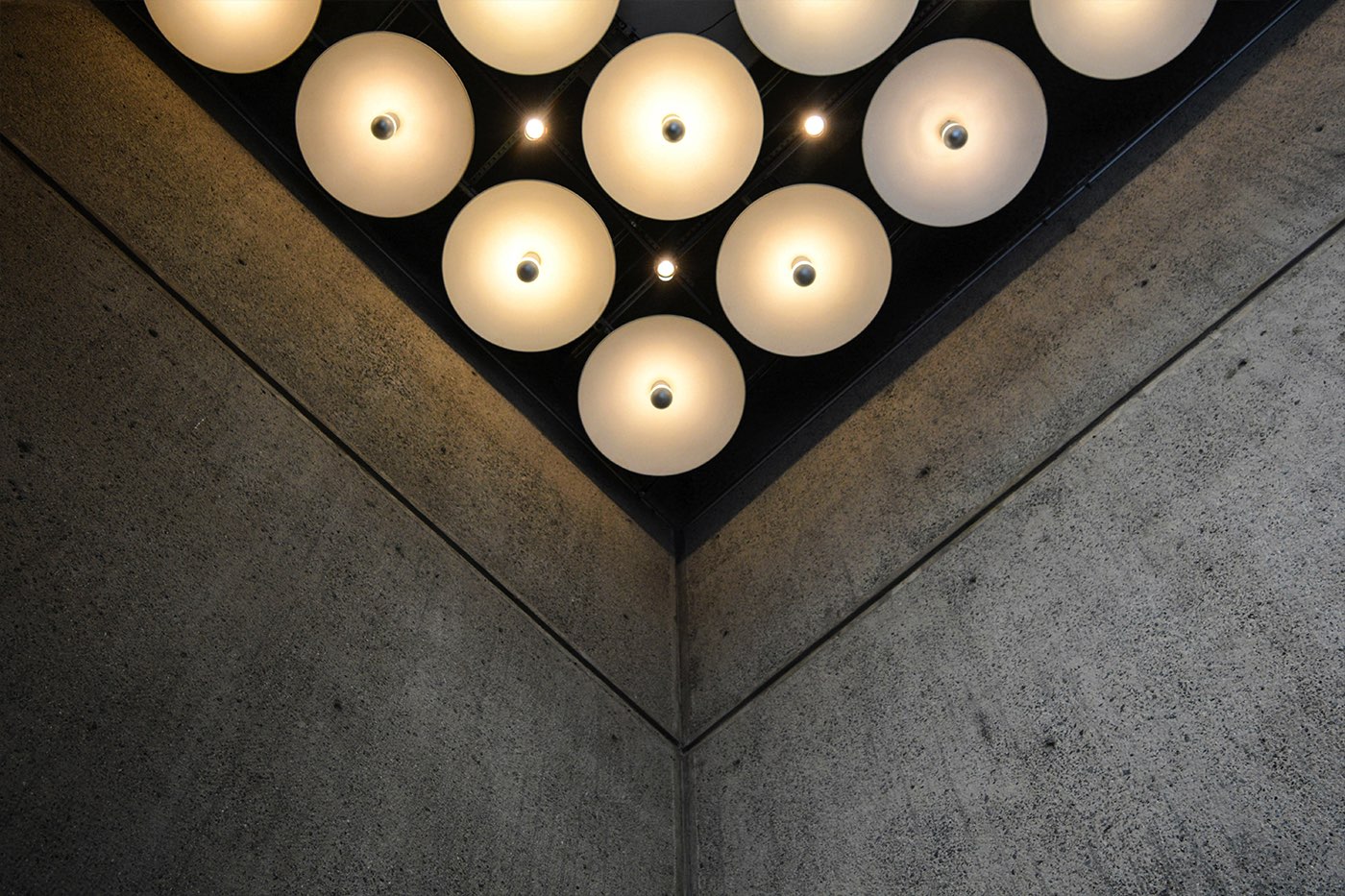 Brutalism is a movement within architecture that originated from modernism. At the end of the 19th century, society industrialized and it became possible to develop a new conception of art, architecture and the way we live together. The technological innovations of that time made it possible to resist traditional conceptions. Brutalism is characterized by the robust use of materials. For mostly large buildings unfinished concrete and masonry is used. By showing the character of natural materials, repeating forms and giving functionality the leading role, a very recognizable style is created.

Marcel Breuer (1902 - 1981) was a furniture designer and architect originally from Hungary. As one of the important designers of Bauhaus, he became known for his furniture. He was the first to develop a tubular chair (the Wassily chair) and taught the furniture workshop at the Bauhaus school in Dessau. Through the architect Walter Gropius he received his first architectural assignment and from 1935 onwards he increasingly designed houses, schools and institutions. After London and Cambridge Massachusetts he lived in New York until his death. With his architectural firm he carried out more than a hundred large-scale commissions all over the world. In 1956 Breuer, who was of Jewish descent, received the prestigious commission to design the American embassy in the Netherlands. Immediately after the Second World War, the architect was commissioned to express the new global political relations.

The exhibition takes place in the former American embassy on Lange Voorhout. The recognizable national monument has a unique architectural and substantive significance. The diplomatic office building with its clear structure, an auditorium and a library is, next to the Bijenkorf in Rotterdam and the head office of the Van Leer Vatenfabriek in Amstelveen, one of the three buildings designed by Breuer in the Netherlands. And together with the Unesco building in Paris and the IBM La Gaude building near Nice, it is one of the few buildings in Europe by this world famous architect who mainly shows his work in North America.

In the photographs of Agnes Mezosi we see the similarities and differences between the different locations. Each time the details show in their rough elegance a timeless architectural style. The concrete forms, often with characteristic angles, are complemented by details of wood and stone surfaces. Together with a small group of contemporaries Breuer showed the sensual side of concrete, which made him one of the pioneers of brutalism from the middle of the last century.

Agnes Mezosi (1977) is a photographer from Hungary. For the past two years she has dedicated herself to capturing the work of Marcel Breuer. Her style is minimalist and almost abstract. Just like Breuer she plays with geometric shapes, light and shadow. In clear compositions she creates powerful images in which the world seems less complicated. The strong images of Agnes Mezosi are, just like the work of Breuer, timeless. Mezosi has exhibited in Szentes (2015), Second (2019) and Capa Center (2017), Budapest, Hungary; Saatchi Gallery, London (2016), Gallery of the Society of Lodz Photographers, Lotz, Poland (2020); Lincoln Center, New York (2019). This presentation at West is the first in The Netherlands.