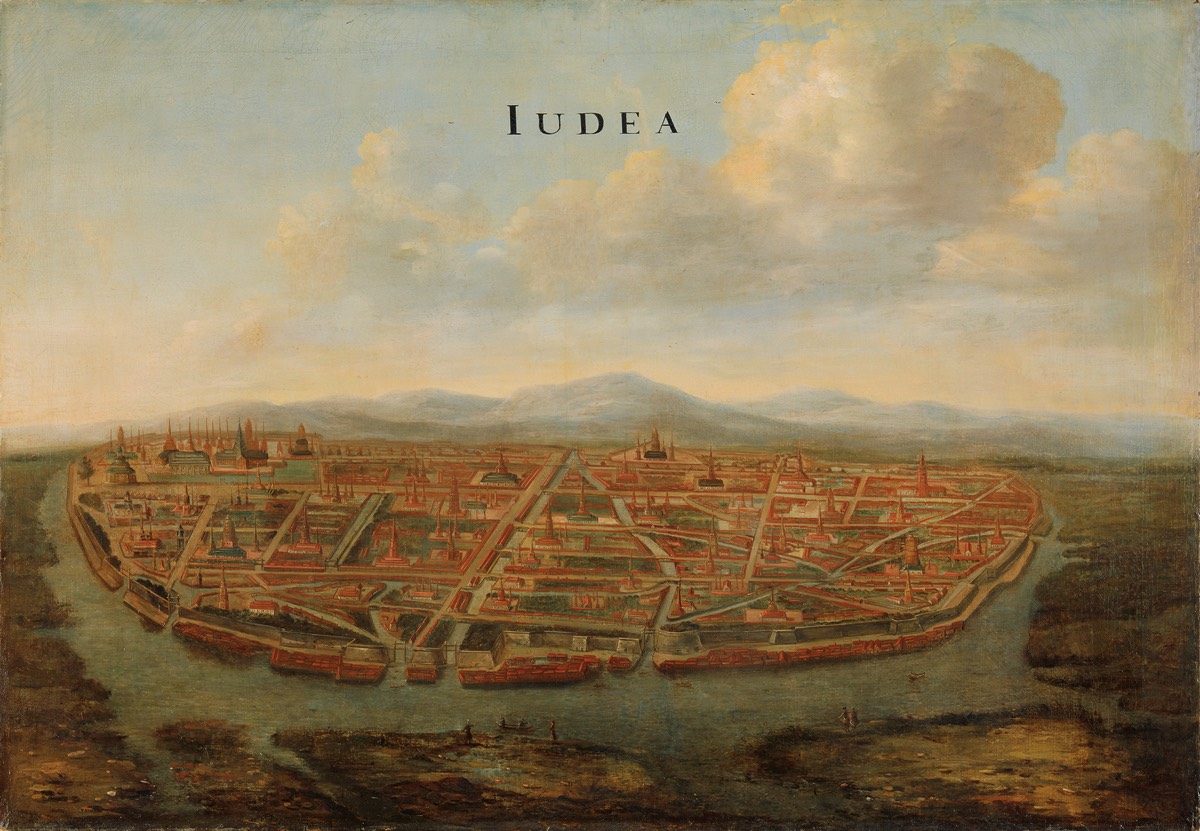 
The group exhibition Judea connects the works of five young upcoming artists based in Asia with the work of the well-known artist Rirkrit Tiravanija. In all the video works, we can see the modern Asian society, each time in a different way: from a comprehensive portrait of a Jeepney (Philippine city bus) to the strict documentation of a painting. In each case, these are linked with the Western world and at the same time the different geographical perspectives are questioned. It makes us think about the international history of global capitalism; what are the implications and most importantly, how do the different societies relate to each other? Six video installations show different perspectives in language and visual communications that demonstrate cultural differences in a poetic way.
The observers are challenged to read between the lines and to consider the different viewpoints.

The title of the exhibition refers to the topographical painting Judea by John Vinckboons (1662-1663). The painting shows the view of the royal city of Ayutthaya (Judea) of Siam (Thailand) and can be seen in room 2.9 at the Rijksmuseum in Amsterdam. On the canvas we see, from a bird's eye view, a walled city with temples and ruins.
In 1608, the VOC (Dutch East India Company) opened as 'first multinational' a trading post for wood, tin, rice and animal skins. The title Judea is stated in large letters on the canvas and seems to float in the clouds. For Vinckboons it was important to highlight what we see with text. However, confusion arises because Judea was a kingdom in the mountains near the Dead Sea until 586 BC. Even now the state of Israel uses this name for a region that lies partly in Israel and partly on the West Bank in Palestine. Moreover, Judea is associated with the Promised Land. Was Siam perhaps the paradise of that time?
The exhibition focuses on the controversy caused by different interpretations, and (mis)communication. In the history since colonization, the lack of correct phonetic transcriptions has caused a complex cultural topology. At the same time, it is wonderful to see that human interaction puts perhaps insolvable, social and political differences between the continents in perspective.
Judea is a group exhibition curated by Arin Rungjang. A new publication, with an essay of Thanavi Chotpradit, will accompany the exhibition.

Arin Rungjang (1975, Bangkok) creates conceptual work from a very personal perspective. He shares everyday activities with the audience and thus crosses the barrier between the private and public domain. The materials that Rungjang deploys are everyday objects, which he rearranges or uses in an uncustomary way. Thus he aims to stimulate the observer to re-evaluate his environment and to reflect on history, locations and social interaction.
Arin Rungjang had recent exhibitions at, among other places, the Venice Biennale 2013; Singapore Biennale; Kadist Art Foundation, Paris; H Gallery Bangkok; Art Center Bangkok; Bangkok University Gallery; PS1 Contemporary Arts Center, New York and West, Den Haag.

Lee Kit (1978, Hong Kong) creates poetic installations and videos from everyday utensils and household objects. Through paint, wear and tear, and by carefully placing objects, Kit transforms, in a subtle way, items such as towels, picnic blankets, soap, cardboard boxes, T-shirts and plastic containers. His personal relations, family and friends are a major inspiration. His home is his studio, and the care with which he works makes you aware of the beauty of reality and the possibilities of the imagination.
Lee Kit exhibited earlier for example in the Museum of Modern Art, MoMA, New York; Para/Site Hong Kong; M + and West Kowloon Cultural District, Hong Kong; Walker Art Center, Minneapolis; Tate Modern, London; SMAK, Ghent and represented Hong Kong in the Venice Biennale in 2013.

Pratchaya Phinthong (1974, Bangkok) creates situations in which the viewer is involved. His stories have multiple story lines and combine memories with a (subjective) perception. His projects have been constructed as a dialogue between the artist and other people. Travelling and his own family are both an important starting point. In his work, we often see the dichotomy difference between time and place or me and the other person. Phinthong tests our perception, our ability to think through art and at the same time doubts the object, the artwork itself.
Pratchaya Phinthong had solo exhibitions at for instance Chisenhale Gallery, London; MUMOK, Vienna; New Museum Triennial, New York; Kunsthalle Basel; gb agency, Paris; University Gallery, Bangkok and dOCUMENTA (13), Kassel.

Maria Taniguchi (1981, Manila) makes abstract, time-consuming paintings. Annually, she paints a large meticulous canvas, where only small brick structures are displayed. It must be a huge 'donkey work', but like Taniguchi herself says, it structures her thoughts and sets the tone for the rest of her work. In her video work she investigates the origins of art. She follows Philippine workers in their native environment, busy collecting clay for building a new museum. At the same time, she refers to a rich tradition of pottery in the region. In another work, she studies the shape of a city bus in Manila. By filming the bus like an advertisement, the bus becomes an equivalent of a luxury Ferrari and obtains an iconic value.
Maria Taniguchi, showed work at, amongst other places, Art Basel 44, Art Statements, Basel; Museum voor Hedendaagse Kunst (MHKA), Antwerp; 8th Asia Pacific Triennale, Australia; Rockbund Art Museum in Shanghal and ZKM Zentrum für Kunst und Medientechnologien, Karlsruhe. Taniguchi was awarded the 2015 Hugo Boss Asian Art Award.

Rirkrit Tiravanija (1961, New York, Berlin, Chiang Mai) is one of the most important artists developing the social and relational aspects of art today. He has transformed gallery spaces into banquet halls, into pirate radio stations and even into a replica of his own apartment, and in doing so he insists on social interaction, generosity and sociality as components of the art-going experience. ‘It is about being in the space, participating in an activity,’ he has said ‘the nature of the visit has shifted to emphasis on the gallery as a space for social interaction.’
Rirkrit Tiravanija’s work has been exhibited at for instance Gavin Brown’s Enterprise, New York; Serpentine Gallery, London; Secession, Vienna; Portikus, Frankfurt; Los Angeles County Museum of Art; the MoMA, New York; Museum Boijmans Van Beuningen, Rotterdam; 27th São Paulo Biennial, Brazil; Whitney Biennial 2006; the 50th Venice Biennale; Skulptur Projekte Münster and the Gwangju Biennale.

Nguyễn Trinh Thi (1973, Hanoi) explores in her work the role of memory in interpreting hidden and/or unknown collective histories. In her straightforward artist statement that 'Eating needs no explanations', the artist rightfully asserts that this primal human need does not require further elaboration. Yet, she also suggests that even simple basic rights cannot be taken for granted, and behind the seemingly simple façades of the work, a much deeper side of Vietnam is revealed.
The works by Nguyen Trinh Thi were shown at film festivals and exhibitions, including: the Jeu de Paume, Paris; CAPC musée d’art contemporain de Bordeaux; the Lyon Biennale; Asian Art Biennial, Taiwan; Fukuoka Asian Art Triennial; ZKM Karsruhe; Fukuoka Asian Art Museum; Singapore Biennale and Oberhausen Film Festival. Currently, Trinh Thi is resident at DAAD in Berlin.