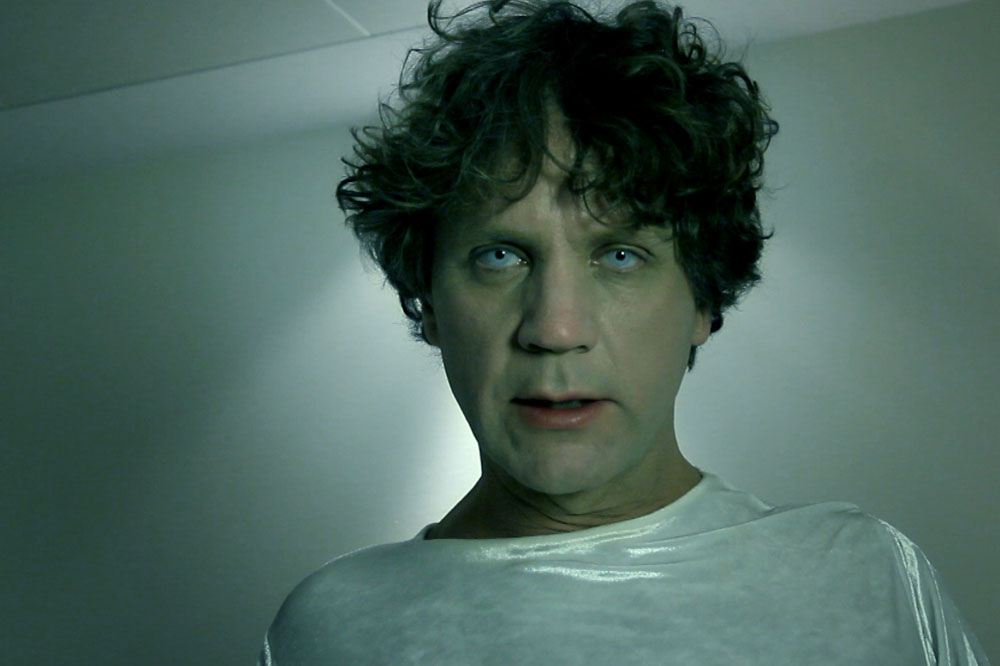 West proudly announces ‘The Theory of Freedom’, an ambitious presentation of German-Norwegian artist Bjørn Melhus, to be held at different locations in Den Haag and Rotterdam. At Kunsthal Rotterdam, Part One sees the world premiere of the expanded cinema project ‘The Theory of Freedom’. At West in Den Haag, Part Two presents six video works that address surveillance and the politics of fear in mass media. Part Three takes the shape of a screening during the International Film Festival Rotterdam, which revisits five earlier works by Melhus.

Melhus’ depiction of everyday reality framed within non-fictional narratives blurs with the fictional and dramatized world. By mimicking well-known personalities, and mixing together popular culture motifs, and media strategies, he seduces and terrorizes the complicit observer of mainstream culture. In The Theory of Freedom II, the symbiotic and manipulative relationship between host and audience is disturbingly emphasized in surveillance and the politics of fear. He sharply observes and unnerves the nuances of mass media consumption to craft new scenarios that oscillates between dark and humorous. In ‘The Oral Thing’ (2001), he dissects sensationalism and voyeurism in televised religion and daytime talk shows, and agonizes over the slick editing techniques of blockbuster movie trailers in ‘The Castle’ (2007). While ‘The City’ (2007) evokes the feeling of impending threat with night shots of major cities flowing by one after the other. Similarly the spectator is then bombarded with terror and doom rhetoric in ‘Sudden Destruction’ (2012). In ‘Policia’, (2007) the competing forces for power vie for rapt attention. In ‘Deadly Storms’ (2008) US mainstream news journalism is paraded as propaganda transformed into a disembodied ‘talking head’ oracle. In The Theory of Freedom II Melhus skilfully deconstructs representations of power, faith, and paranoia that spill out into a murky and glistening alternate reality that is shockingly similar to our own.


Parallel events
The Theory of Freedom I
Kunsthal Rotterdam - 24 January to 1 March
Bjørn Melhus examines various aspects of world religions, globalisation and neoliberal capitalism. He mixes the controversial neoliberal ideas of Russian-American writer and philosopher Ayn Rand (1905-1982) with stereotypical themes found in American mainstream films such as Armageddon. Melhus hugely magnifies familiar settings and his playful, humorous approach, together with a harsh dose of reality, provokes both laughter and pain. The multichannel installation, which is accompanied by the video work ‘Heaven’ (2013) and ‘America Sells’ (1990), takes to a new level the powerful, repetitive rhythms of the sound-bites that are so characteristic of Melhus’ work. For further information see www.kunsthal.nl
The Theory of Freedom III
International Film Festival Rotterdam - 24 January 10.30 h.
Das Zauberglas (1991), Weit, Weit Weg (1995), Auto Center Drive (2003), Afterlife (2010) and I Am Not Your Enemy (2011) are screened during International Film Festival Rotterdam’s short film program. The selected works address notions of subjective inner spaces, trauma, and identities. More info & tickets: www.iffr.nl
Me Against Us
Debate at Kunsthal Rotterdam – Friday 6 February 17.30 h.
Part of Art Rotterdam’s VIP program, the debate ‘Me Against Us’ questions the role of the autonomous artist in today’s society. Moderated by Liesbeth Levy (Lokaal, Rotterdam) with: Joost de Bloois, Hedwig Fijen, Pascal Gielen, Stefan Heidenreich, and Bjørn Melhus. RSVP: eloise@westdenhaag.nl