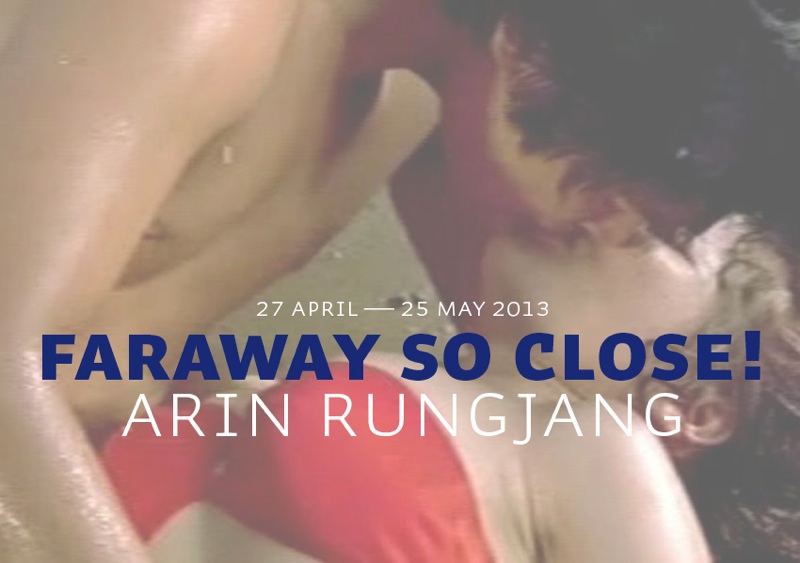 The framework created by Rungjang for this new installation is based on the recent history of his country during the Cold War from 1947 to 1991. In this exhibition, a combination of various stories, texts and images come together. The Thai Films Archive has been used as a source to draw on and various scenes – including erotic scenes – will be combined with pictures from the civil war that started after 1991. Melodramatic film material from the Soviet Union, which was produced after the Cold War, has been used to create a publication, in which poems by the Irish poet Ella de Burca have also been incorporated. In addition, national and international myths and hearsay are presented which refer to social evils and wars and which do not appear in any archive. During the opening, traditional Thai music will be played and the Thai population of The Hague will be invited.
With this gesamtkunstwerk, Rungjang refers to his youth using an unemphatic and sensitive approach. His father lost his life at a very young age: in the nineties he became a victim of ‘senseless’ violence in Germany. For Rungjang, this incomprehensible act forms a motive to illustrate the dualism in social conflicts. By randomly running through this documentation, by dragging up old war stories and by cooperating with artists from different war zones, he demonstrates that human perception is imperfect. By sharing the authorship, Rungjang poses questions about authenticity and backgrounds. Thus, he deepens the project and turns it into a collective experience. During the opening of the exhibition Faraway So Close!, there will be a karaoke set-up and Thai snacks will be served.
Rungjang creates conceptual work from a very personal perspective. He shares everyday activities with the audience and thus crosses the barrier between the private and public domain. The materials that Rungjang employs are everyday objects, which he rearranges or uses in an uncustomary way. Thus he aims to stimulate the observer to reevaluate his environment and reflect on history, locations and social interaction. In May 2011, Rungjang presented the cooperative project ‘Let's make sense’ at West. In this project, recipes produced by Rirkrit Tiravanija formed the framework of a total installation, with which Kornkrit Jianpinidnan, Chitti Kasemkitvatana, Shooshie Sulaiman and Rungjang went in search of a dialogue with the visitors.

Arin Rungjang (1975, Thailand) had recently exhibitions at the Singapore Biënnale; Kadist Art Foundation, Paris, France; H Gallery, Bangkok, Thailand; Bangkok Art Center, Thailand; Bangkok University Gallery, Thailand; P.S.1 Contemporary Arts Center, New York, USA and at West, Den Haag (2007 and 2011). His work can be seen at the Thai Pavilion from May 29 till November 24, 2013 at the Venice Biënnale.
We invite you to the opening ceremony, in the presence of the artist, on Friday, April 26 at 6 PM. For press photos and more information, please contact Marie-José Sondeijker.