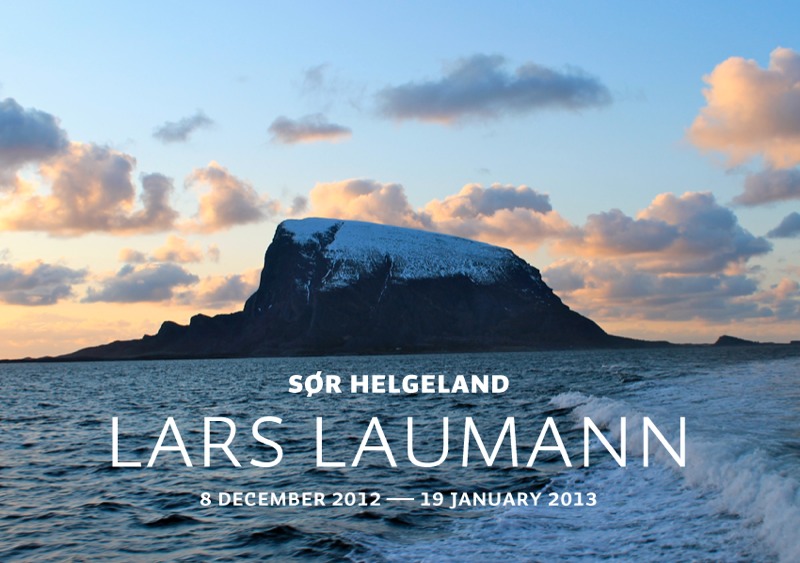 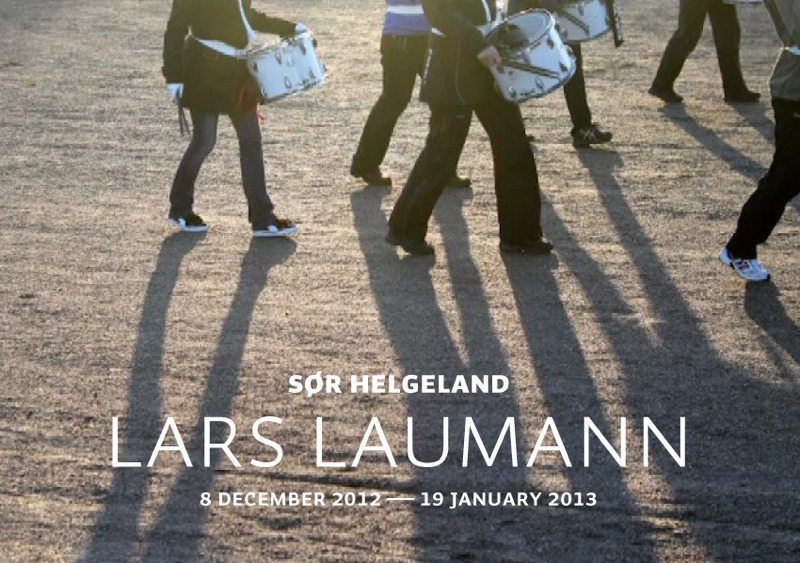 For his new video installation Lars Laumann went back to his hometown Brønnøysund, just south of the Arctic Circle. In the work he brings a tribute to the residents, the particular bird colony in that region, the return of the seasons and of life itself.
Three, with ‘still-motion’ technique made films will be installed with the exhibition walls that were in use between 1953 and 1987. The walls were originally designed by architect Jens Selmer and were meant for displaying art in public space in remote Norwegian villages and towns. The walls have historical importance and Laumann, who knows them from his youth, thus creates a stage and an exhibition of a unique group of women, a particular bird species and an island.
In the first video we see a strong group of women practising their marching and drumming. The two other videos show, in silence, the puffins gathering on the scenic sub-arctic island of Lovund, where they go to once a year to mate. This species lives the rest of the year in solitude.

As in the earlier work of Laumann, people, often women, are put on a pedestal without reservations. The approach was previously mostly inspired by music, literature and film. This time he draws inspiration from his own background and shows his social involvement in a sober, directly way. The process continues again sober, almost subversive thus also the newest production is accessible and engaging. The new work can be seen as a commentary on absurd reality in a country which since July 2011 has lost its innocence.

In April 2011 Laumann produced, with artist friends, Benjamin Alexander Huseby, Rein Vollenga and Vela Arbutina the exhibition ‘I wanna dance with somebody’ at West. The whole exhibition was inspired by popular music, one part did consist out of a tribute to Christa Päffgen, better known as Nico, the iconic German model, singer and actress who prematurely died of a cerebral haemorrhage diagnosed incorrectly. At the Berlin Biennale 2008, the film installation ‘Berlin Walls’ by Lars Laumann was the must. The film gives a portrait of a Swedish woman, Eija-Ritta Berliner-Mauer, who holds objects and is married to the Berlin Wall. The film was displayed when viewed on a vacant lot where the wall (her husband) had been. ‘Shut Up Child, This Is not Bingo’ is a video documentary of one hour on the relationship between a Norwegian artist and an American prisoner sentenced to death. It is a confrontational video of a true love story, while a very personal story about what is happening in Texas.