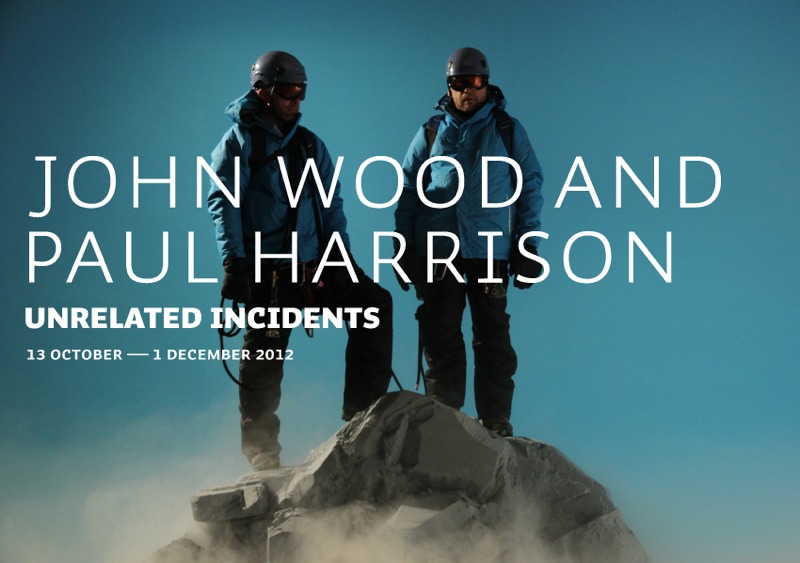 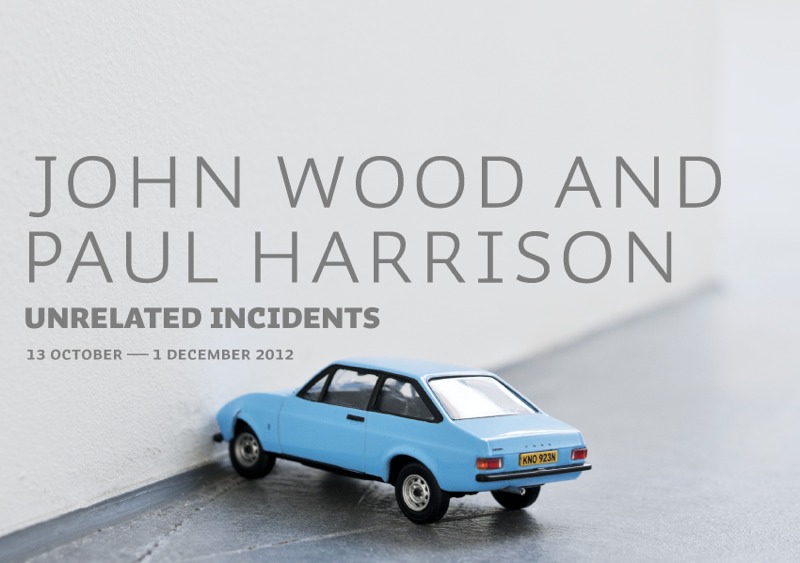 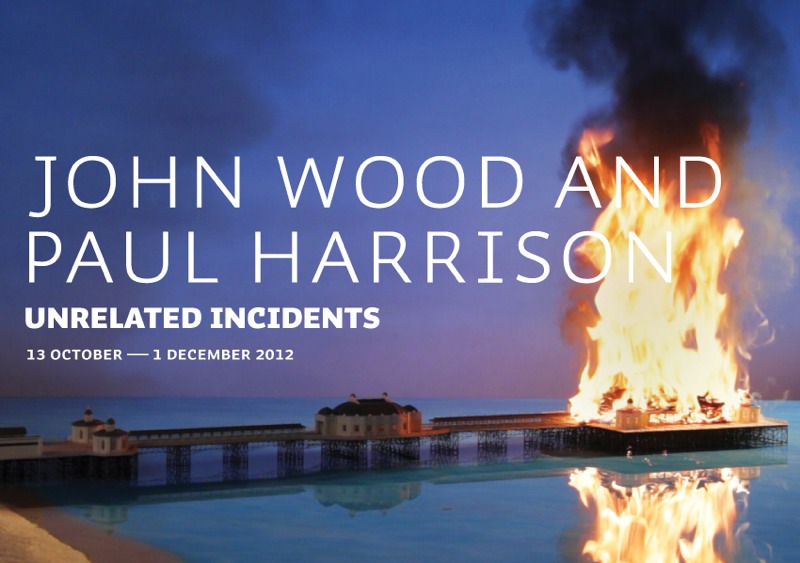 Two ordinary boys in identical clothing in a neutral space. This is roughly the basis of John Wood and Paul Harrison’s art. In their videos, in which they always perform themselves, we can observe physi- cal researches into time, gravity and the limits of the human body. Mostly, their works consist of short and sometimes weird scenes in which the act dictates the length of the video. In various scenarios, we can for instance observe the path of a ping-pong ball bouncing over a table, the movements of two manned desk chairs in the back of a moving truck, and the futile occupation of astronauts on the moon. Almost like scientific and physical experiments. Due to the humour, the playful plan, their childish amazement and their inventiveness, you remain intrigued while watching. For the first time, Wood and Harrisson will have an exhibition in the Netherlands; at West they will show videos such as Unrealistic Mountaineers (2012), English disaster (2012), Bored astronauts on the moon (2011) and DIYVBIED (2012), and also objects that have never been displayed before.

Since they started to work together in 1993, Wood and Harrison’s videos have evolved from short ‘single shot’ videos into longer, slightly more narrative works. The videos still have a clear plan, but over the years, they have become less rigid and by now feelings like melancholy and boredom play a more important role. Wood and Harrison think it is essential that experiments and – even more important – fun form part of their work. They do not want to repeat themselves and therefore keep researching, sketching and testing before they start filming. In the work ‘Three-legged’ we observe the two English artists in a tricky situation: Wood’s right leg is tied to Harrisson’s left leg and they try to avoid the balls that are hurled at them. The artists barely manage; the two powers are sometimes cooperative and sometimes opposing. In their new work ‘Unrealistic Mountaineers’, the two artists are standing on an artificial mountaintop, referring to 19th century landscape painters and at the same time possibly commenting on the (unrealistic) ambitions of the people on the earth.
Their work appears to be in line with artists such as Bruce Nauman, Vito Acconci and ‘minimal artists’ such as Carl Andre and Donald Judd. Wood and Harrisson leave nothing to chance and with a minimum of means they display an incredible sense of deadpan humour, which will appeal to almost everyone.