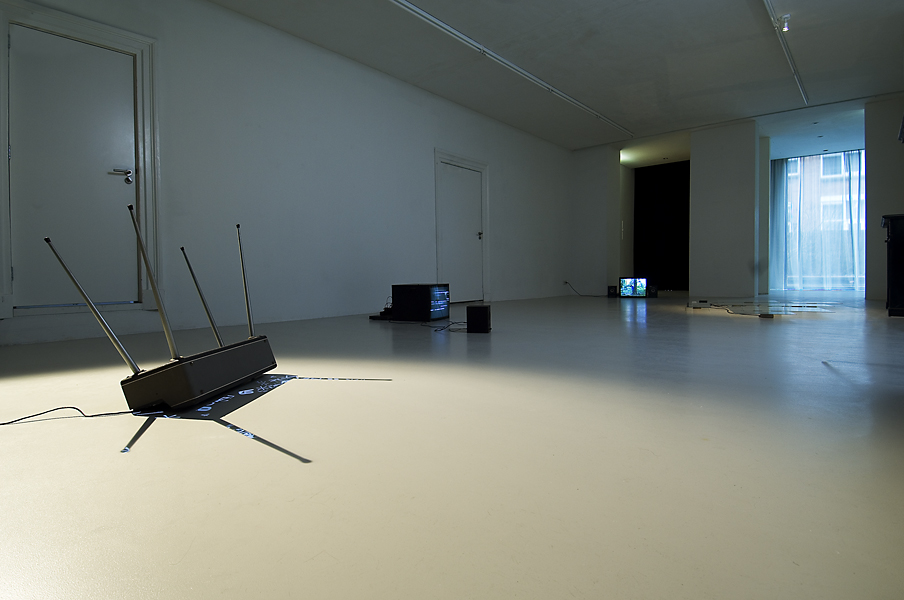 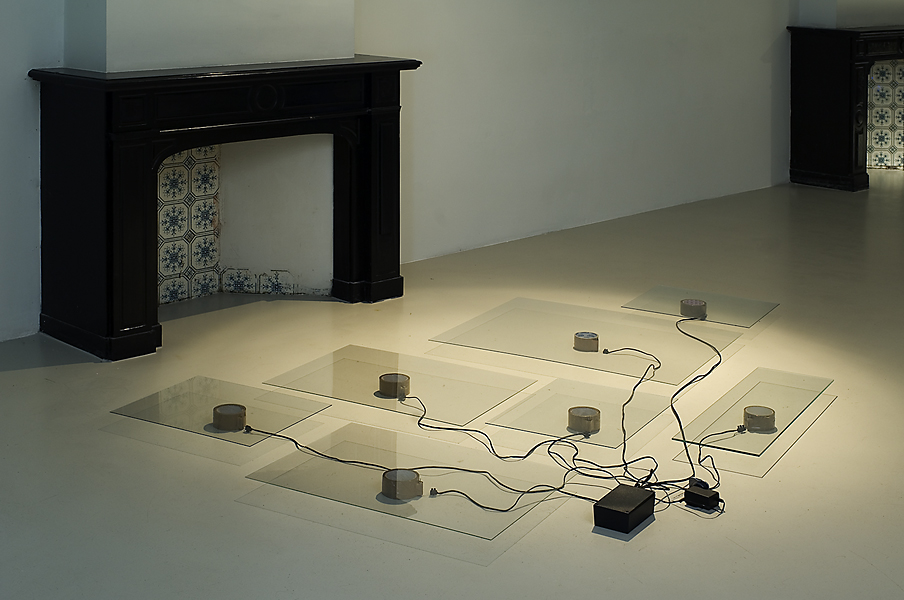 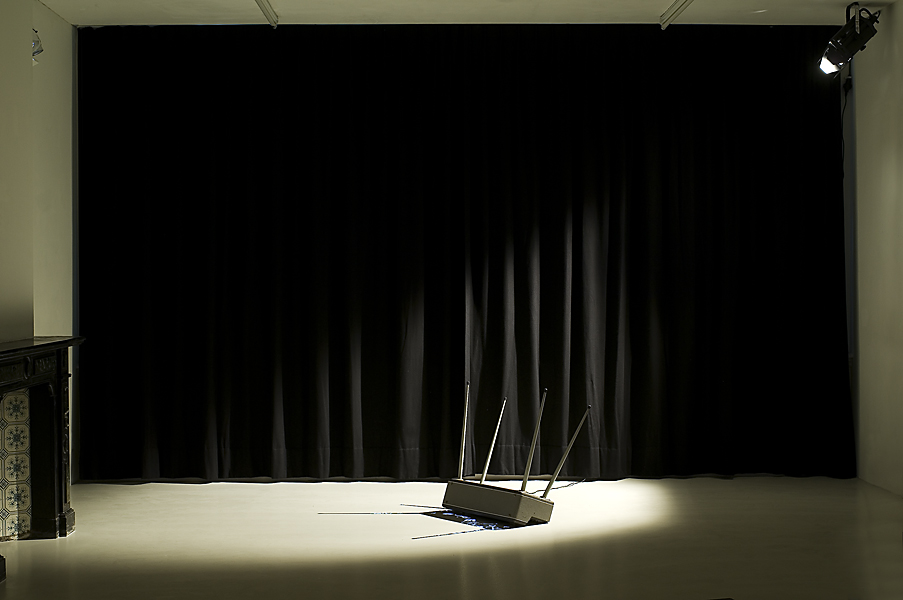 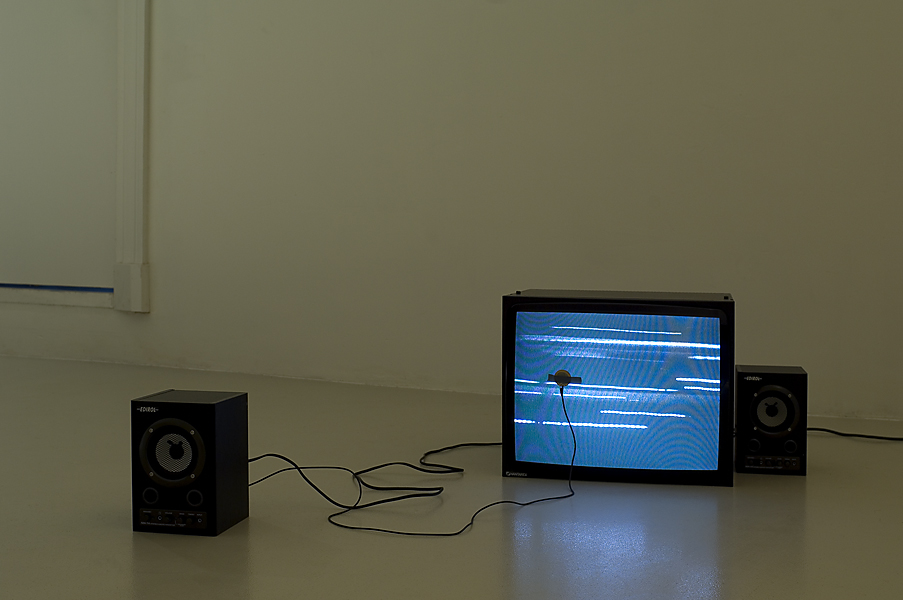 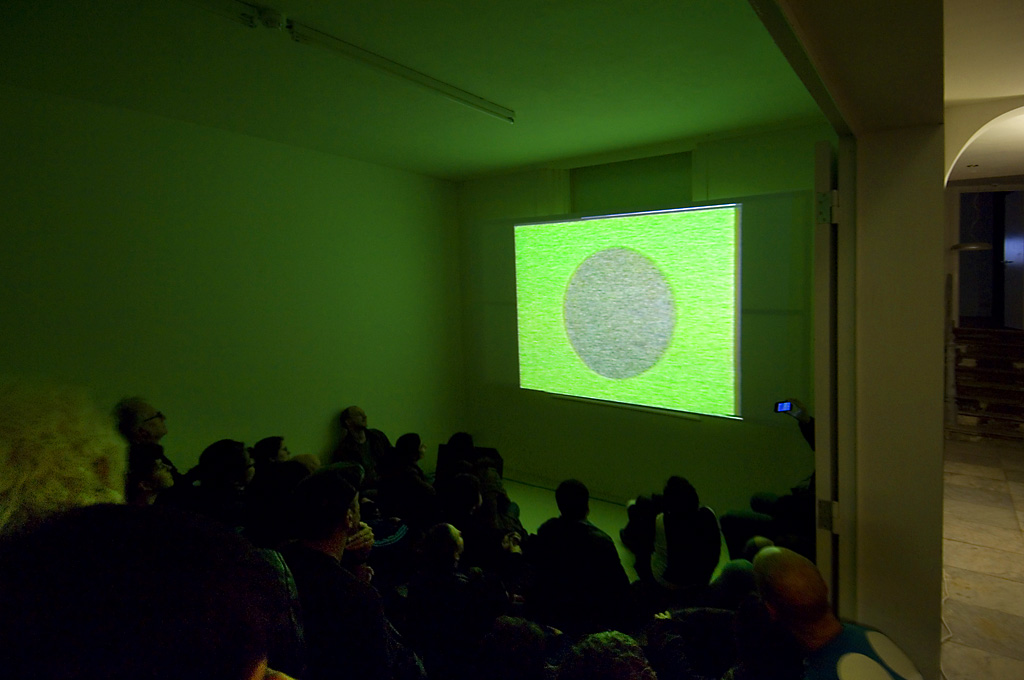 West is pleased to announce the project Sound Spill. Initiated by Thom O’Nions and Haroon Mirza Sound Spill investigates the curatorial issue of sound in the context of the group exhibition. Featuring work by Nina Canell, EVOL, Alex Heim, Gary Hill, Torsten Lauschmann, Guy Sherwin and Richard Sides the exhibition approaches the artworks and the sound produced by them on a formal level, with their arrangement in the space in response to their acoustic presence. The sound produced by each work becomes part of a larger, single acoustic composition.

Sound in exhibitions often proves difficult to contain, it ends up permeating the gallery space, affecting the reading of other work nearby. Curators rarely address the issue of ‘sound spill’ beyond the simple practicalities, aiming to minimize noise interference between artworks in an attempt to enable an audience to view works individually. The Sound Spill project sets out to examine the way that sound exists in exhibitions, in particular the way that it spills over or bleeds into and between works. The show explores the points of liminality between works, looking at the way sound producing artworks interact. The Sound Spill project treats sound on a formal level and composes the exhibition space accordingly, a composition based on a careful selection of works that is sensitive to their audio. This model allows for unexpected conceptual juxtapositions between works that a more traditional thematically defined show would not.

In addition to the exhibition Sound Spill will include a film screening and performance event. This will feature a selection of films that deal with sound in relation to expanded cinema, and a new performance by EVOL based on György Ligeti’s composition Continuum.

--
Haroon Mirza (1977, UK) is an artist who lives and works in London and Sheffield. In 2007 Mirza was part of the exhibition VVORK at West. More recent solo exhibitions include I saw square triangle sine, Camden Arts Centre, London and a presentation at Lisson Gallery, London. Group projects include The British Art Show 7, a Hayward Touring exhibition, Performa 11, New York and ILLUMInations, 54th International Art Exhibition, Venice. Haroon Mirza was recipient of the 2010 Northern Art Prize and was awarded the Silver Lion for most promising young artist at the 54th Venice Biennale in 2011.

Thom O’Nions (1985, UK) is a curator and writer who lives and works in London. He is Co-Director of Supplement. Recent exhibitions include A Threepenny Opera, S1 Sheffield and The Moon is an Arrant Thief at the David Roberts Foundation, London.

Richard Sides (1985, UK) lives and works in London. He studied Fine Art at Sheffield Hallam University and the RCA London. Recent projects include The Joyful System at SPACE, London, On Revolutions for the Heavenly Spheres at Supplement, London and Reading a Wave at The Woodmill, London.

Nina Canell (1979, SE) lives and works in Berlin. She has exhibited in Manifesta 7, Trentino, Italy and Nought to Sixty at the ICA, London, Kunsthalle Fridericianum, Kassel, the Liverpool Biennial in 2010 and Based in Berlin 2010.

EVOL, Since the late nineties, Roc Jiménez de Cisneros and his collaborators have been producing what they call ‘computer music for hooligans’, inspired by geometry, metaphysics, noise, cosmology and rave culture. They did perform and show works at Cosmo Caixa Museum of Science, Macba and Sonar Festival Barcelona; AARA Gallery, Bangkok and Diapason Gallery, New York.

Gary Hill (1951, US) is one of the pioneers of video art. Hill has been working with video and sound since 1973. His intermedia use of text, speech and image explore the physicality of language and our thought processes. Gary Hill has been the recipient of numerous awards and honours, most notably the prestigious Leone d’Oro Prize for Sculpture at the Venice Biennale in 1995 and the John D. and Catherine T. MacArthur Foundation ‘Genius’ Grant in 1998. His work has been included in six Whitney Biennial exhibitions, the exhibition Energieen, in the Stedelijk Museum, Amsterdam and in the Documenta of 1987 and 1992.

Torsten Lauschmann (1970, DE) is an artist, filmmaker and live performer who investigates the mechanics of digital processes, software creation and the possibilities they present. Recent projects include solo exhibitions at Parisud, Paris and Mary Mary, Glasgow and performances at the Traverse Theatre Edinburgh.

Guy Sherwin (1948, UK) lives and works in London and taught printing and processing at the London Film-Maker’s Co-op during the mid-70s. Sherwin is among the best-known English filmmakers and performers. The primary relationship between (optical) sound and image plays an important role in his work. His films have been widely exhibited and in the Hayward Gallery, Whitechapel Gallery and Tate Modern.

--
A publication with a text written by Thom O’Nions will be produced to coincide with the exhibition. During the week before the opening of the exhibition, Thom O’Nions, Haroon Mirza and Richard Sides will be available for interviews by appointment.

We are pleased to invite you to the opening on Saturday 7 January from 5 pm to 7 pm. For press photographs and more information please email marie-jose@west-denhaag.nl or call +31(0)70.3925359.