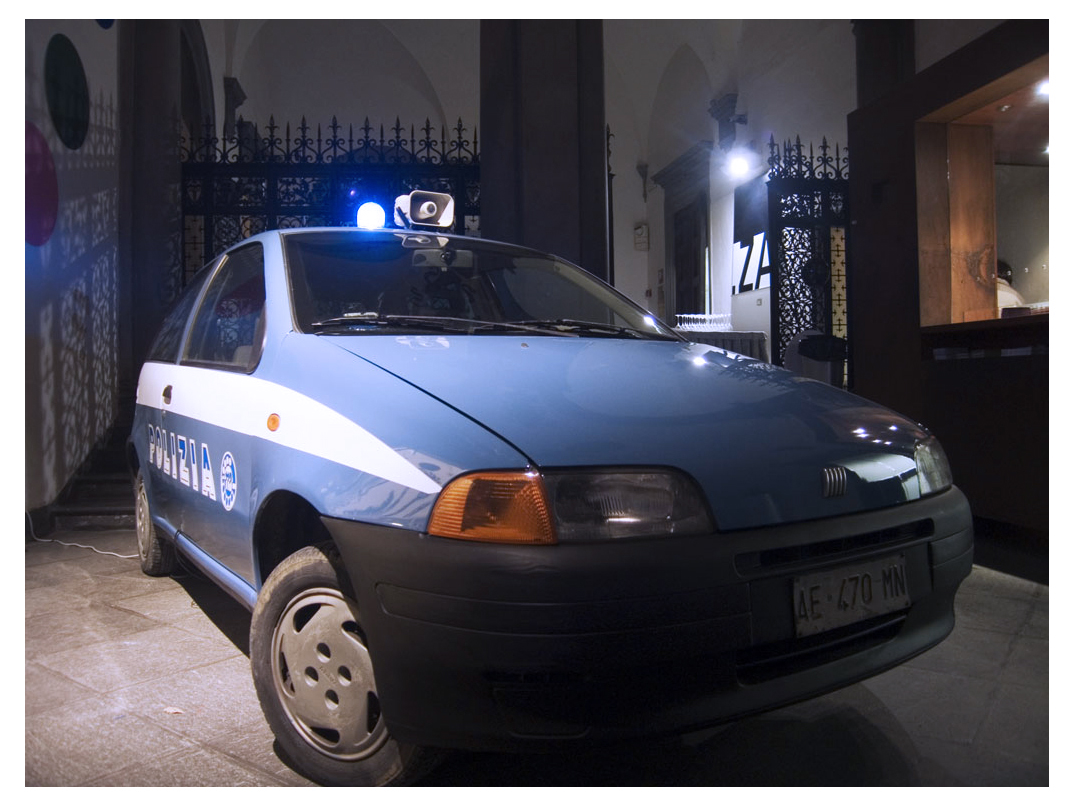 Serenade performance with car, 2008. For .ZA at the Palazzo delle Papesse in Siena, Italy, Simon Gush recreated a Italian Polizia car used in that city. A performer dressed in full police garb serenaded the audience through the car’s public address system on the opening night, with the song: Can't Take My Eyes Off You (originally composed by Bob Crewe and Bob Gaudio). After the opening, a sound recording of the performance is played through the car’s public address system. The Police station is just around corner from the museum.
Car courtesy of Lorenzo Fusi.
Performed by: Ivo Grande
Produced by Palazzo Delle Papesse, Siena