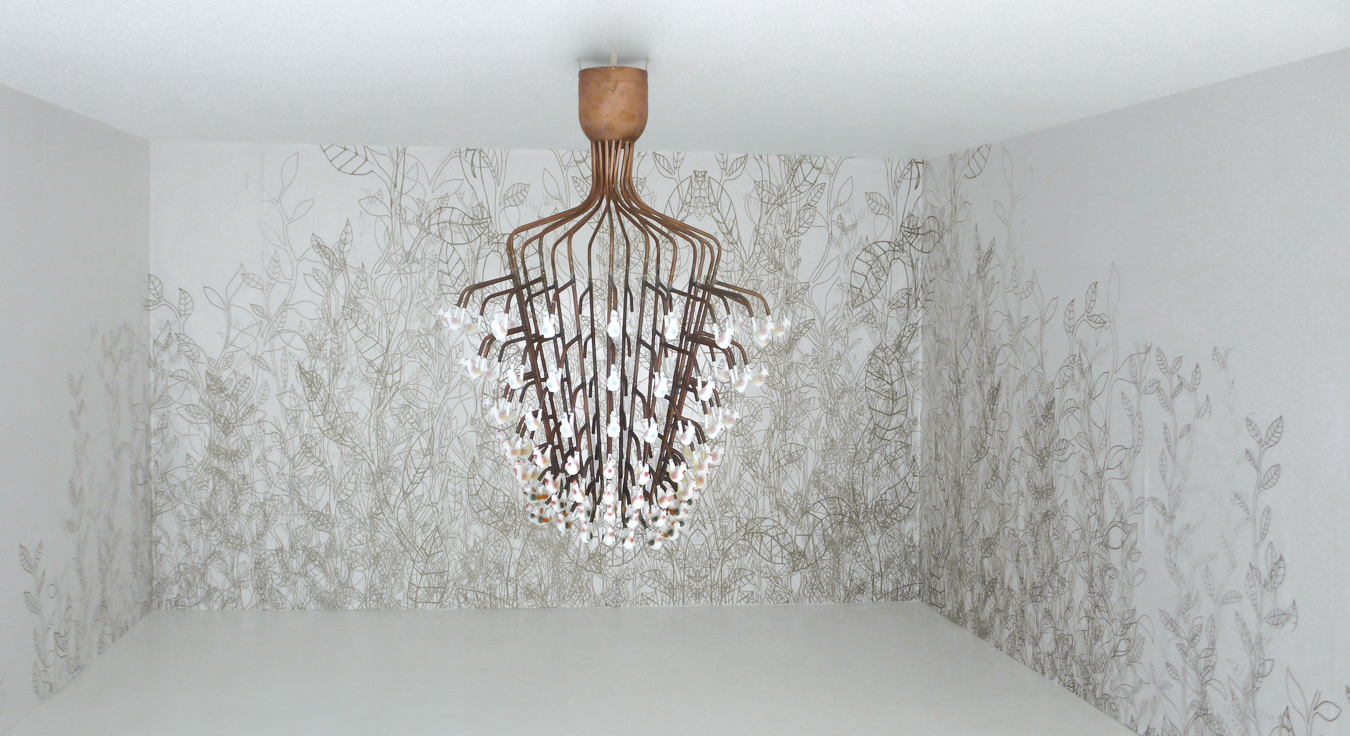 Hotel Insomnia, 2007-2009.
A series of rooms
To research and map the border-area between me and the place I am staying, I stayed as artist-in-residence in Tbilisi, New York and Xiamen, China questioning whether identity and location would appear to be exchangeable ideas. In search for an answer, I deliberately got lost, jump from bus to bus, ended op in the outskirts and found my way back home with my eyes and ears wide open. On site, I collected and systematically jotted down personal observations of the cityscape: fractions of conversations, a blossoming magnolia under a window, subtle changes in the color of the sky above the city, the sound of rain in a park: poetical ornaments that are everywhere but define the character of their domain in the way they appear to me. These seemingly unimportant background sceneries enclosed the dialect of the location and formed scattered landmarks of the border-area between the city and me. In Hotel Insomnia, with a series of rooms I carefully reconstructed them as marks to another place that moved with me from one city to the other. It acts as a place where small memories take a passing shelter in the lee of bricks, carpet, floor and pipelines; a dismantled and reconstructed blueprint of a fleeting state has been concealed.