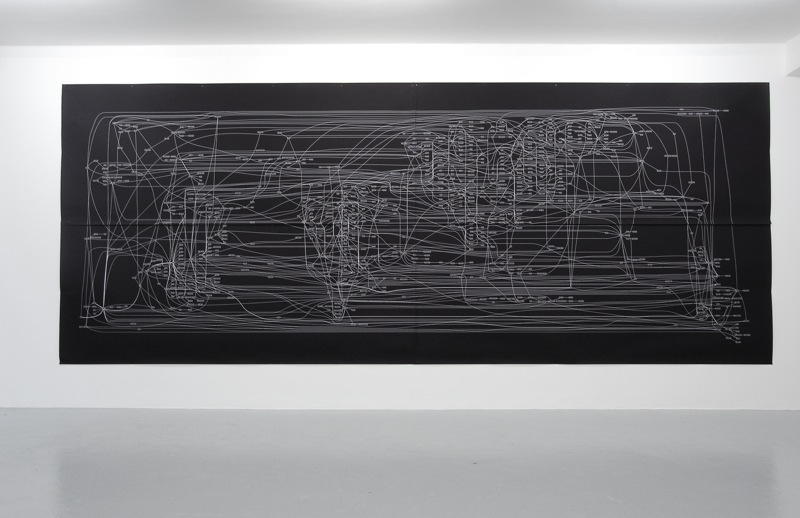 Here the scenarios of what are called “national security” films are rewritten and brought together. The Sum of All Fears, Invasion Los Angeles, Final Decision and War Games all describe a threat, whether from nature, people or extra-terrestrial forces. Julien Prévieux processes their synopses with decision support software normally used by the army for sorting out complex situations. The resultant decision-making diagram looks like the military maps we see in this kind of film, but in fact has become a huge, endless maze, in which the facts merge into a tangle of lines and terms that intersect at significant “nodes”. Paradoxically, then, the attempt at clarification produces a state of total confusion, a kind of ultimately paranoid scenario.