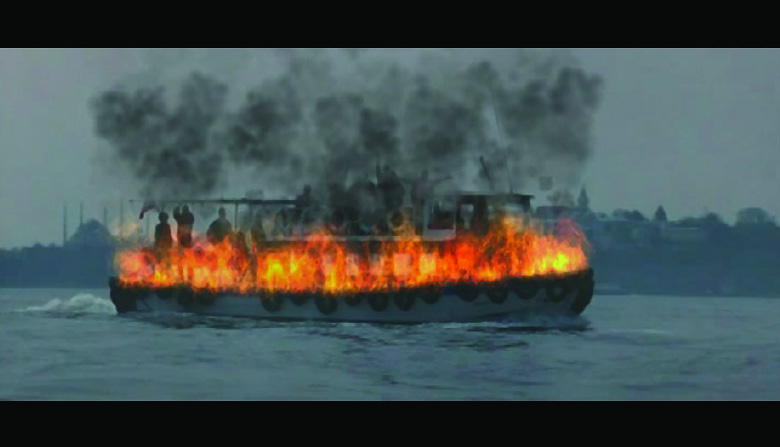 Because The World is Not Enough, Julien Prévieux reworks in its entirety the James Bond film of the same name, supplementing each shot with additional special effects that include explosions, fires, giant waves and avalanches. Boosted in this way, the film becomes a kind of surface, a smokescreen from which emerge random scraps of action. The accumulation of visual effects creates a new rhythm which supplants that of the narrative as the artist, pretending to imitate the original, expands the production process with spontaneously suggested “improvements.” Reacting more to a rationale of economic overproduction than to the temptation of a remake, he heaps on the Hollywood effects ad nauseam until the method reaches its point of implosion.