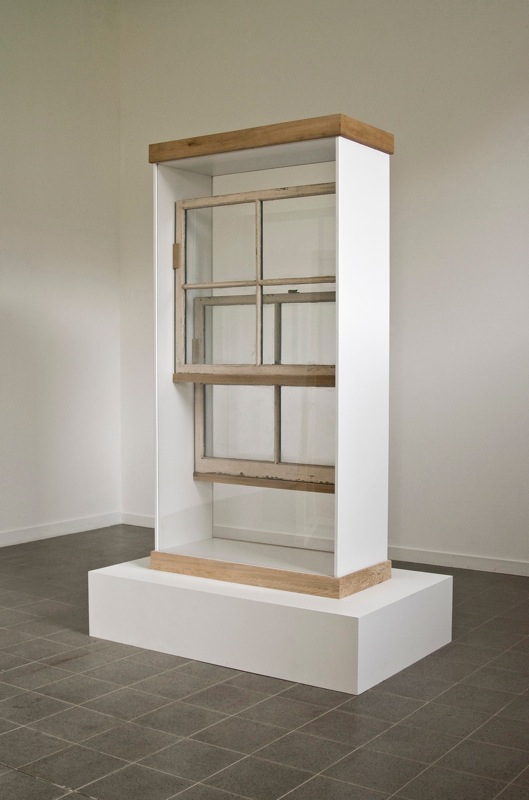 In Dallas on 22 November 1963, Lee Harvey Oswald shot John F. Kennedy from a book repository. Subsequently the window from which Oswald fired was removed from the sixth floor of the building and exhibited for several years in the museum devoted to the assassination of the American president. When the window was sold at auction in 2007, the building's new owner contested its authenticity, saying the true window was in his possession. In 2008 Julien Prévieux made a third window, “better than the real thing”, based on specifications provided by the curator of the Sixth Floor Museum, archival images and the Warren Commission Report. Set on a base in a display cabinet, it has become a sculpture and a distant echo of Marcel Duchamp's Fresh Widow. In the Prévieux version the sash window is transparent and slightly open; but far from giving us a clearer view, it renders the real situation still more opaque with its status as fake evidence and a medium for limitless speculation.