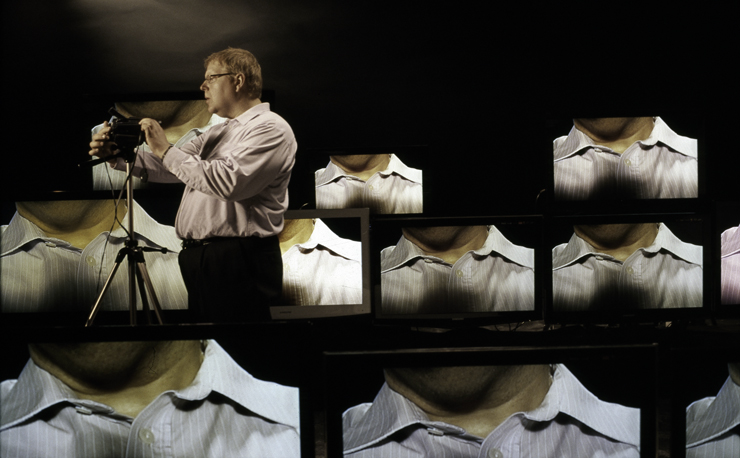 Beginning an Ending, 16mm film transferred to digital beta and HD stereo sound, 16:33 loop, 2009.
The seven amateur actors of Beginning an Ending morph the blank canvas of the film studio into a temporary stage for their visions of the future. The seven variations on the future and the eventual end of time reflect how history and the past as well as the imagery mediated by the media and popular culture shape our notions about the future. A meditation on the creation of images, theatrical and cinematic representation, Beginning an Ending is merely an image of its own times. In the end the future can only be a reflection of the present.