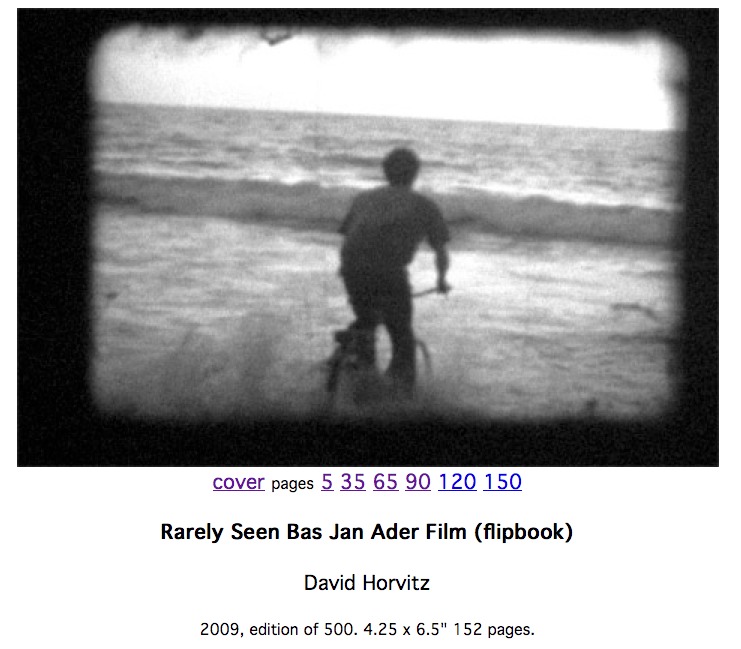 Rarely Seen Bas Jan Ader Film (flipbook), 2009.
In 2007 a video of a few second black and white film was uploaded to Youtube with the title, 'Rarely Seen Bas Jan Ader Film.' The black and white film depicted a figure biking into the ocean. The posting claimed that the film was found in Ader's locker at UC Irvine after his disappearance at sea in 1975, and that the film was assumed unusable because it abruptly runs out just as the figure enters the water. Responding to a complaint by a thirdparty, Youtube deleted the posted video, saying that 'this material is infringing.'
Rarely Seen Bas Jan Ader Film is a flipbook comprised of stills from the film. While supplies last, the book will also come with a 2 sided newsprint Horvitz produced for his exhibition at the 2nd Cannons gallery space.
2nd Cannons Publications 019
2009, 1st printing, edition of 500.
4.25 x 6.5 152 pages
Available at: http://2ndcannons.com/Edition_Frameset.html