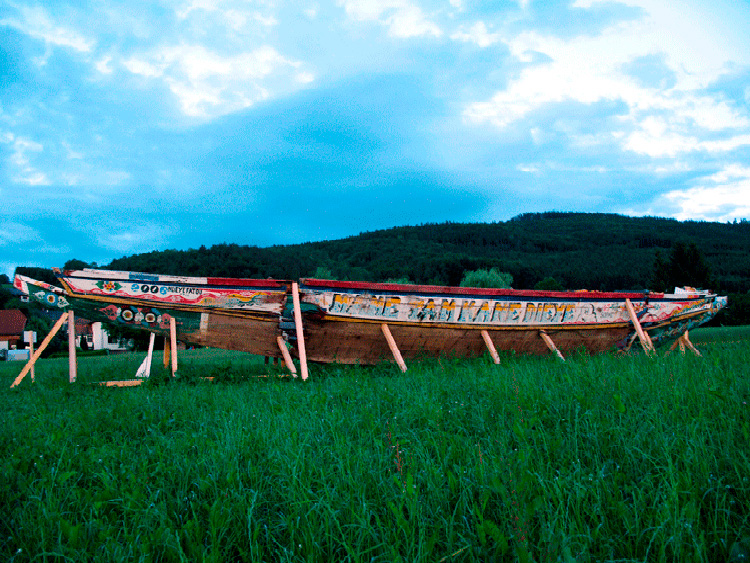 Waiting for Sinbad, 2007. 2000 x 300 x 300 cm, installation view, Schlierbach, Austria.
In 2006 alone, thirty thousand people from Africa, often after weeks of trials and tribulations in simple boats, landed on the beaches of the Canary Islands. It is not known how many never reach their destination and drown in the sea. The African fishing boats used for these attempts to escape are disposed of in Tenerife.
Susanne Posegga, one of the producers of the festival, traveled twice to the island in spring 07. She was able to negotiate with the local authorities the release of one of the cayucos otherwise bound for destruction, and organized a container shipment to the Austrian alps.
Using the original parts of this boat that served as a means of flight for more than one hundred people, Christoph Draeger attempts an artistic reconstruction. Similar to the way NTSB detectives or archaeologists proceed, he put the pieces together again and thus creates an image of an ongoing humanitarian catastrophe. The wreckage of the Ndeye Fatou amidst the Austrian landscape is a reminder of the realities on the outer borders of Fortress Europe and of those who have ended their lives on these borders.