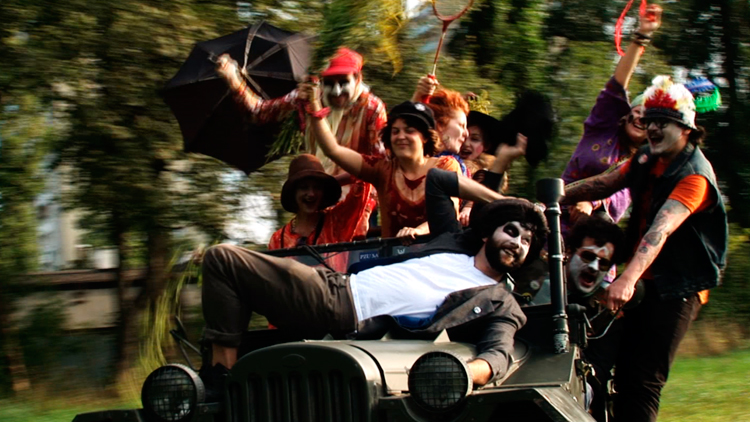 Tropolicalia, Hippie Movie (HDV, 53 minutes) & movement, 2008.
Hippie Movie, shot in HD video and Super-8, is a funny, post-romantic documentary about a Hippie movement named Tropolicalia, which was founded by Christoph Draeger in Warsaw as an ironic remake of San Francisco's Summer of Love 1967. In the light of rising social injustice, an unpopular war in Iraq, ecological concerns and a new cold war looming, the film is a meditation on political, social and cultural behavior first coined in the 1960's by the Hippies, who protested and contested many issues that seem to make a comeback today. It is also a celebration of the inventions of 1960's rock music, and last but not least, a hallucinatory, post-psychedelic visual trip.